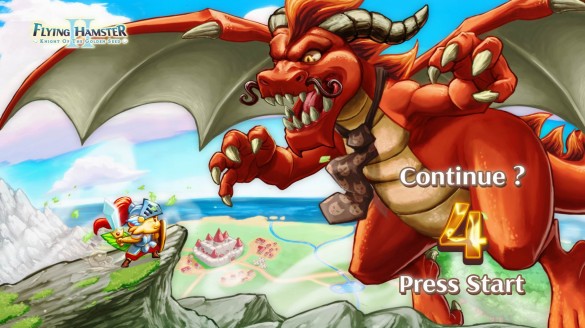 Even though the idea behind Flying Hamster II seemed like nothing but awesome, the Kickstarter campaign was not seeing enough positive activity to succeed. Seeing this, the creators at Game Atelier pulled the plug on the campaign early, with hopes of restarting with different incentives and better goals in mind. However, something magical happened in this downtime: a publisher was found. FDG Entertainment and Game Atelier met during the Kickstarter downtime and decided to work together to bring Flying Hamster into the digital world.

Our friends at Sega Nerds had a chance to discuss this collaboration with FDG Entertainment’s very own Thomas Kern, who had nothing but good things to say about the team-up stating,

We are excited to cooperate with Game Atelier in order to make the game become a reality and warp us back into the days of exciting 2D action adventures with the sensation of exploration and wonder.

The game has a planned Steam release, but no other platforms have been announced yet. Regardless, it’s nice to see a game get the support it deserves. Check out the source link for the full story!