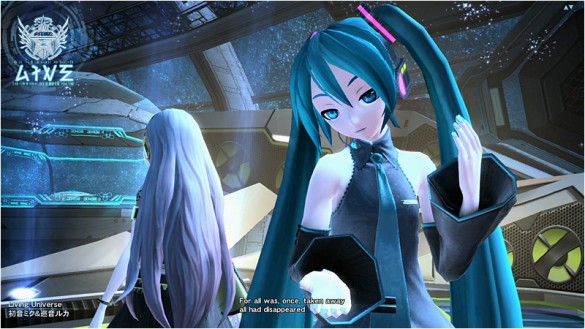 This one’s a bitter pill to swallow, as all PSO2 news is these days. It’s hard to believe that Hatsune Miku’s been a part of the SEGA family for so long now, with the Project DIVA series about to hit it’s fifth anniversary. And to commemorate that, Miku will be holding a ‘live’ concert in Phantasy Star Online 2, on the 23rd of this month. The show will feature Miku and Luka sing the game’s main theme song, “Living Universe”, and viewing the show will give you rare statboosts for two hours following the event.

The real gutpunch in this whole deal is that, despite not a single peep out of SEGA regarding a western release for PSO2, the lyric subtitles will be fully translated in English. That’s either hope for this thing FINALLY happening here in the future, or a bit of a slap in the face. Regardless, it IS cool that they’re honoring their relationship with Miku like this, so I’m definitely looking forward to seeing the concert.