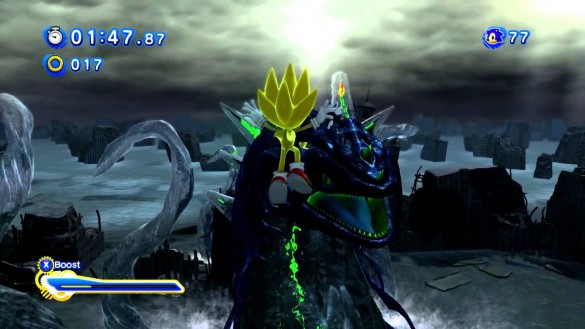 I have fond, irreplaceable memories of playing games as a kid. Exploring worlds, leaping through obstacles, and jumping on the heads of enemies – things I could never do in real life – was great for a kid with no chance of exploring and overprotective parents. I’ll never forget the first time I experienced 3D platforming; new worlds, great music, the idea of exploring these places as everyone’s favorite hero just blew me away. The year was 1999, Christmas, when I got the hottest game system of the 90s, which of course came with the platforming, high-flying, monster-bopping hero that lived and breathed the 90s. I’ll never forget the way the snow fell while I plugged in my new game, curling up in a blanket fort in the basement, sipping hot chocolate, gripping the controller tightly as the Dreamcast fired up… Oh wait, did you think I meant Mario? 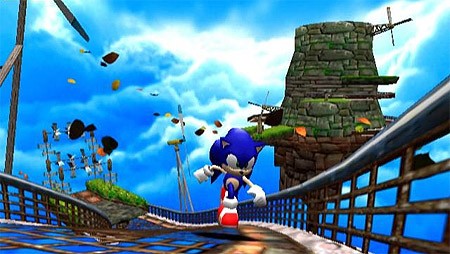 You thought it was Mario, but it-sa me, Sonic!

Now, the world’s pretty harsh on Sonic, and not unreasonably so. He’s had some trouble keeping up with his noted Italian rival, but there’s something completely different about Sonic that draws me back again and again. Classic Sonic is about speed, about moving fast and finding new and faster ways to get to the goal. Classic Mario is about the challenge, overcoming the odds, and persevering; it’s no shock to anyone that the Mario die-hards make their own levels to challenge themselves and hack in impossible spaces and puzzles that make grown men weep.However, the evolution to 3D changed that, and where Classic Mario was brutal but fun, 3D Mario relies on fantasy, whimsy, and the increasingly rare childlike wonder in games. 3D Sonic? He’s Classic Sonic turned up to 11. What 3D Sonic does that no other platformers do is bring the over-the-top action, fun, and sense of grandness that doesn’t exist in any other fashion. Sonic Adventure, which some cite as the fall of Sonic’s greatness, will always be a personal favorite because of what it does. 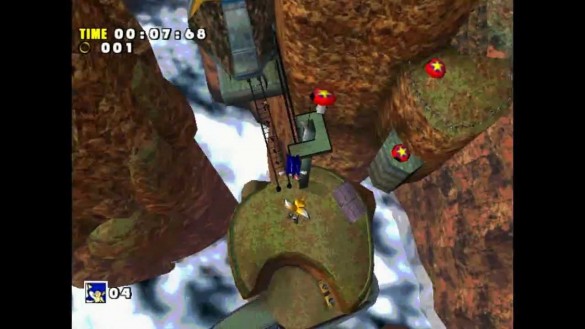 Emerald Coast, for example, begins as a simple beach but warps into a series of islands and sandbars. The game makes the idea of exploring a beach just as grand as it would have been as a kid, with dolphins swimming by, a whale chasing you, rockets, cannons, etc. Places like Casinopolis call back to Sonic 2’s Casino Zone, with a world based entirely around gambling and slot machines. Twinkle Park brings the fantasy of an epic theme park to life, Lost World brings the ‘Tomb Raider’ vibe harder than Tomb Raider has for years, and the Sky Deck brings a sense of height, danger, and excitement all at the same time.  Yes, Sonic classic purists, while the focus of speed is lost on your first foray into this new world, the grandness of the level and sense of wonder elicits that same experience you had the first time you ran through Green Hill Zone. Adventure captures the spirit of the classics rather than clone them for the same reason Super Mario 64 stopped being about precise jumps and clever leaps: innovation. This theme – the idea of capturing wonder at these places to explore – is something Sonic does better than any other platformer in the business. 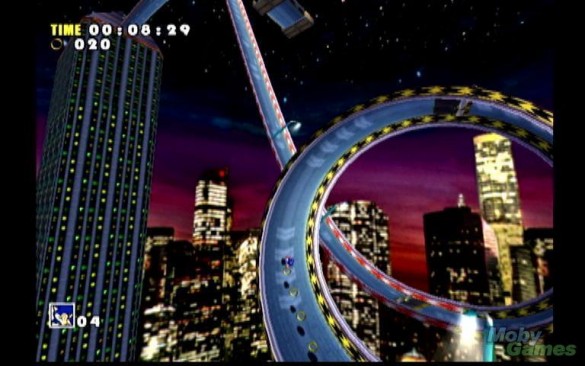 Still better than my commute to work.

Of course, not everyone agrees. Some people, like the folks at the Verge, think Sonic as a franchise should die. It’s easy, understandable even, to feel like the Sonic you love is gone. The bad parts of Sonic Boom are too bad for even us to ignore, but to say that Sonic hasn’t had a good game in decades is an outright lie. Putting aside the snarky “racing games don’t count” line, Sonic Generations and Sonic Colors prove that idea wrong, and Sonic has always been at home on handhelds, with the Rush series and Sonic’s recent mobile success being evidence of that. The most egregious lie, however, has to be the statement that Sonic classics don’t hold up against classic Nintendo franchises, a simply untrue statement. Classic Zelda might bring the adventure, and classic Mario might bring the platforming, but nobody brought them together and married speed to the mix like good old 16-bit Sonic. 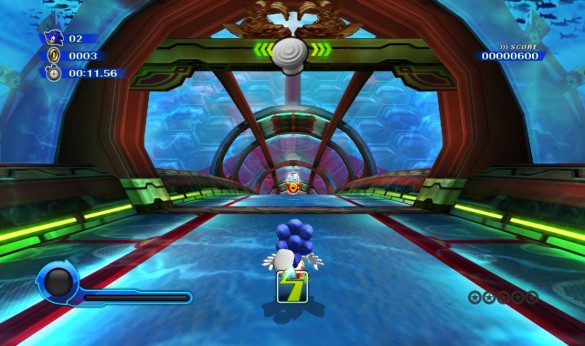 Don’t mind me, just running under the ocean. That’s all.

The one true fact I can take from the article is that Sonic is struggling to find himself, but unlike the cynics, I believe he can. Looking back, Sonic 06 was the throwback to Adventure, and it captured the spirit, the level design, and the grandness of scale at moments so much so that Generations kept the Crisis City level despite the derision of the core game. Like any great entertainer, Sonic tried to reinvent himself with Unleashed, Secret Rings, and Black Knight, with varying levels of success. He even went back to his roots with Sonic 4, though despite the mild success, found it wasn’t the same anymore. Sonic Boom is his wake-up call; the cold shower to wake him up to the reality that gimmicks won’t work anymore. The recent SEGA layoffs are shocking, hurtful, and concerning, but they far from spell the end for Sonic. Sonic needs to reassess and focus future titles on what made the classics great: the wonder, the excitement, and the adventure every journey felt like. Build a game with a focus on that, tight controls, and the rockin’ soundtracks Sonic fans are used to and Sonic would be back, head-to-head with Mario once again. 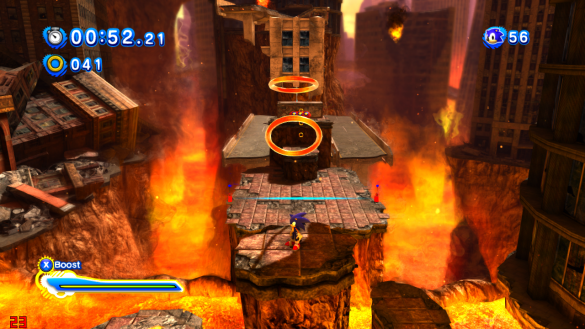 How did Sonic find my mom’s house?

Sonic Adventure lives up to its namesake. Every level feels like an adventure, every stage as every character feels like an over-the-top journey. When I was racing down the winding roads of Speed Highway, I was reminded of sitting in the car driving along superhighways, and going through the Hot Shelter brought back memory after memory of drawings and designs I had of robots, trains, and battleships. Some might argue that Adventure was a one-hit wonder for 3D Sonic, heights to never be reached again. But I’m sure that Sonic can not only reach that level, but exceed it. 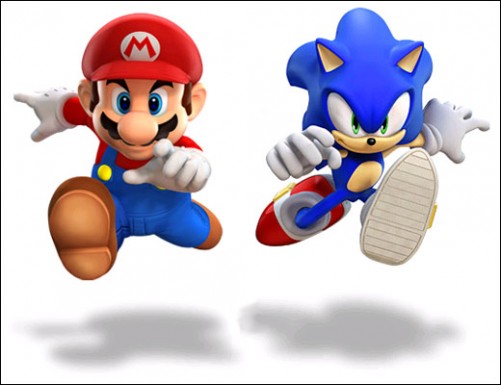 Not pictured: The ton of bricks Sonic is strapped to to make this a fair race.

Mario may fare better, with his Parties, his Karting, his endless supply of places to go and paintings to jump into, but Sonic will always and forever hold that sense of adventure and wonder near and dear to my heart. With SEGA announcing a desire to push more polished and well designed games forward, I hope the team can take a step back, remember what made the classics and the newer games good, and move forward from there. It’s like Sonic always says: C’mon, step it up.