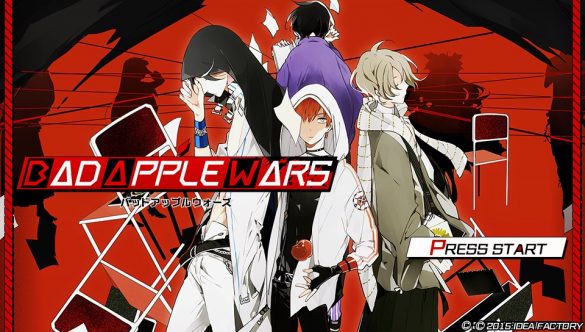 It seems like visual novels are growing in popularity during recent years, and as someone who tends to enjoy them for their storytelling capabilities if nothing else, that’s a genuinely exciting prospect. Otome games especially have been building momentum in the West, and although they’re still somewhat few and far between, there have been some solid titles getting localized. With that in mind, I couldn’t be happier to be reviewing an otome game localized and published by the same people that brought us Hakuouki and Code Realize: Guardian of Rebirth. Is Bad Apple Wars another solid title to add to that strong list, or will it just break my heart?

Bad Apple Wars opens in a manner that many anime fans can identify with quickly- the main character rushing out the door, running late to her first day of high school. (toast may or may not be in her mouth) However, she loses a shoe while crossing a busy street and turns back to get it, only to wake up moments later talking to a man wearing a creepy rabbit head, who welcomes her to NEVAEH Academy, a high school for lost souls in the afterlife. There, our heroine finds herself smack dab in the middle of the conflict between the Prefects, enforcers of the absurdly long list of oppressive school rules, and the Bad Apples, a group of delinquents determined to oppose the school at any cost. 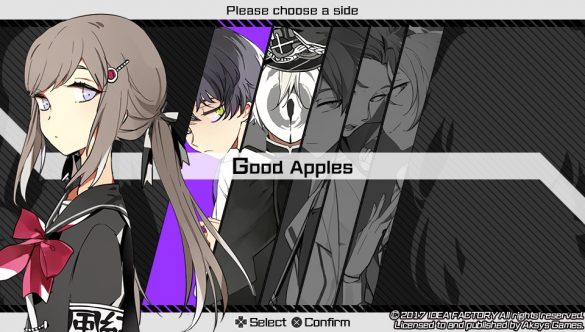 Unlike some otome games, where players have no idea whose path they’ll end up on, Bad Apple Wars makes it incredibly simple to pick a path. Beyond choosing between the Prefects and the Bad Apples, each romance option has a corresponding color- Alma is red, Higa is blue, Satoru is purple, etc. Picked a guy of the five that you like? Follow their color- boom! You’re on his route. There aren’t any real dialogue choices to speak of, either, resulting in a lot more reading and a lot less thinking or doing. Some players may enjoy the simplification of this, as it doesn’t require a guide and is extremely easy to follow. However, speaking for myself, making dialogue and reaction choices as I would in real life and falling into a route organically is half the fun of a first playthrough, so I found the lack thereof a bit of a letdown.

A feature in Bad Apple Wars that was pushed as a selling point was the Soul Touch System, signified by a touch icon popping up in the right-hand corner of certain CGs throughout the story. At those points, you can use your touchscreen to touch the guys- not in a lewd way. Our heroine is a pure maiden, after all! Various points on the screen react to your touch- some good and some bad, (yes, bad enough to affect what ending you get) and using this feature, our heroine learns more about her potential love interests than mere words could ever teach her, seeing fragments of memories from the soul she touches. 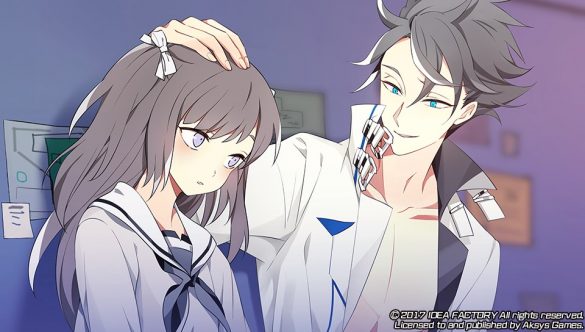 When I first saw artwork from Bad Apple Wars, I was a bit impressed and couldn’t wait to see more. Now that I’ve played it and seen it all, I’m not entirely sure why I was excited about it. The character designs undeniably grabbed me- they still do, and the cut-ins that happen throughout the story are great, but the background art and nearly everything else about the game visually was generally bland and not very interesting in the slightest. The same goes for the music to a point- there were a couple of strong tracks, but beyond hearing them the first time, most of them got stale fairly quickly. Perhaps that was done purposely and if it was, they did an excellent job on capturing just how soulless the majority of the school really was, with the exception of some of the rooms in the Bad Apples’ hideout. It looked nice, artistically speaking- it was drawn well, but just about every location in the game was as generic as could be and felt really devoid of life. 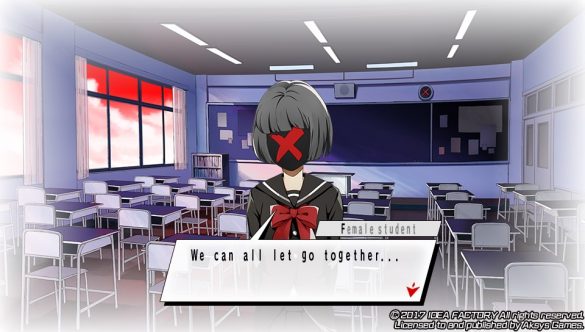 It’s doubly unfortunate, then, that beyond the interesting character designs there’s nothing compelling to me about the romance options in Bad Apple Wars. There’s virtually nothing in this story that makes me want to care for these characters in any real capacity, and even their tragic backstories are bland and chock full of trope after trope. Let me break it down in TV Tropes terms for a moment: The Lost Lenore- check. Healthcare Motivation- check. Red String of Fate- (literally) check, and that’s just one character. Even worse, it feels like the side characters that show up occasionally throughout the story get more actual character development than the main guys do. I found myself caring so much more about learning about the various side characters than I did interacting with the various romance options. One scene switch in particular had me saying, “Oh, damn, poor guy” about learning a side character’s past followed immediately by “Oh, this dude again” when the romance option whose route I was pursuing showed up.

Storywise, I found the concept and the general logistics of the story to be interesting and engaging throughout my first route. Soon after starting my second route, despite picking the other side, I had a disheartening realization that I’d been hoping to avoid: I was about to watch all the same events over and over, but with a very slightly different point of view. Thankfully, the story gets much more varied between routes towards the end, but the first 5-6 chapters were mostly all the same events occurring with little snippets of interaction with the guy of your choice sprinkled in. Also disappointing is the fact that once you find out the gist of how everything at the school works, it’s not difficult to figure out how the story with each guy is going to go. One route did throw me a bit of a curveball that I liked, but even the “surprise plot twist” towards the end was easy to figure out beforehand. 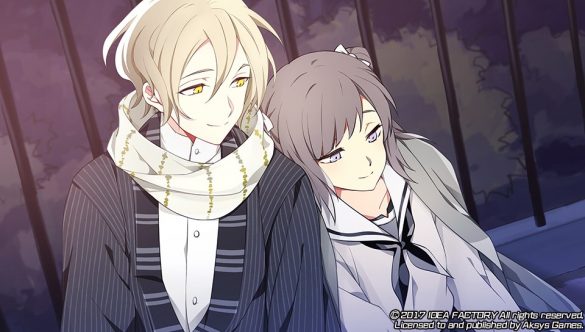 Bad Apple Wars is an attractive time-sink that isn’t good for much else, to put it bluntly, and it unfortunately has the exact same issue as the in-game guys themselves: pleasant to look at, but nothing very compelling underneath that nice-looking exterior. It’s an interesting concept and setting, and the character art is lovely, but for all the actual marketing it got, (good on you for really trying to put it out there, Aksys!) it just didn’t live up to the hype and didn’t keep me very interested after it initially hooked me. I definitely didn’t hate the game by any means, but I’m sincerely hoping that the next otome game Aksys decides to try to market is a bit more engaging. 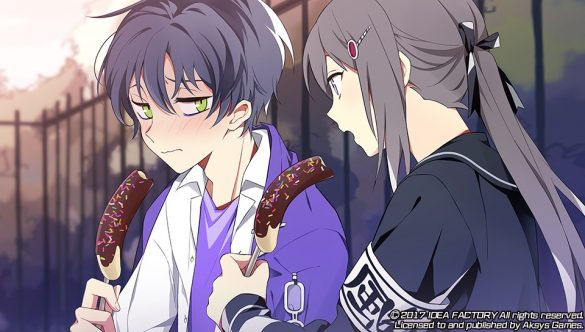 It's like the RPG but without the gameplay: Hyperdimension Neptunia anime series confirmed