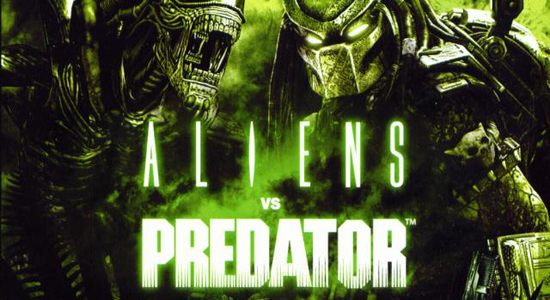 About a month ago, I played Rebellion’s original Alien vs. Predator game for the first time and was shocked at how poorly the game had aged. I found myself spending way too much time in each level just trying to figure out where to go and I eventually gave up for good. I wanted to like the game and I have a profound love for old 90’s FPS’s but I couldn’t stand this one. Even the Aliens license couldn’t save it for me.

Luckily, Rebellion’s second journey into the Aliens vs. Predator universe is a better game than the 1999 original, although that’s not saying much.

First off, let me explain that this is a review of mainly the single player campaign only. Although, I wanted to include some multiplayer critiques my attempts to play online usually failed. I either couldn’t get into a game or I’d get into a simple death match with 1-2 other players. I don’t usually enjoy online competitive gaming that much and my little time with Aliens vs. Predator didn’t change that. I would have liked to try some of the game’s more unique modes like Survival or Infestation but I never found another player. I can’t guarantee that everyone will have the same problem I did but if you’re purchasing the game for multiplayer you’ve been forewarned.

Like the original game, the single player gameplay is divided into three campaigns, one for each species. Each campaign follows the same storyline but lets you experience it from the different species perspective. Due to this you’ll end up playing almost every level three times but each experience will be slightly unique with different gameplay, objectives, and routes through the levels. It’s an interesting idea but it doesn’t really work when you don’t care about the story and most of the environments themselves are uninspired.

Speaking of which, the design and atmosphere of the levels are almost always either spot-on to the films or bland and generic. When Rebellion uses the Aliens films as inspiration, as in the Colony and Refinery levels, there are moments when this game provides the best single player “Aliens” experience I’ve ever had. That only lasts for about the first hour of the Marine campaign though. The rest of the levels take you through jungles and ruins that wouldn’t be out of place in a FPS from ten years ago. Sure they have more polygons and bump-mapping but take away the fancy layer of paint and you’re left with outdated ideas. 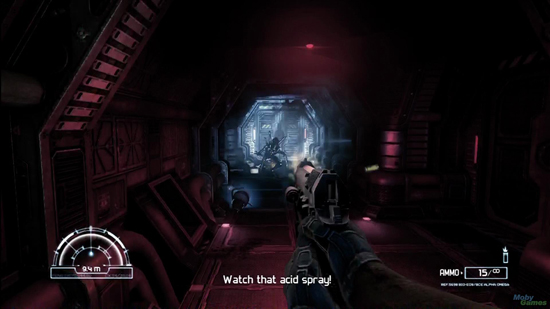 The Marine campaign is the highlight of the three campaigns. The first couple of levels did a great job of creating a tense atmosphere as you explore the Weyland-Yutani Colony. At this point the xenomorphs are the only opponent and every beep of your radar will make you stop and scan your surroundings. The fact that they can appear from any direction and reach you in a matter of seconds makes for some tense battles. It also helps that for the early levels the amount of firepower you are given is relatively weak. Just taking down one xenomorph can feel like a big accomplishment and when you have two or more to keep hunting you down the intensity only gets greater.

Unfortunately, the entirety of the Marine campaign doesn’t keep this level of quality. As mentioned before the levels themselves quickly become generic. The game also becomes easier as you get better weapons and the enemies shift to combat androids and the occasional Predator, both of which are easier and less interesting opponents than the xenomorphs.

The boss fights are all very dull, as well. Fighting the Queen Alien should have been the moment all Aliens fans had been waiting for but instead you’re stuck pressing a button and shooting at canisters rather than taking her on one-on-one. Meanwhile, you get to fend off facehuggers and xenomorphs who never stop spawning. 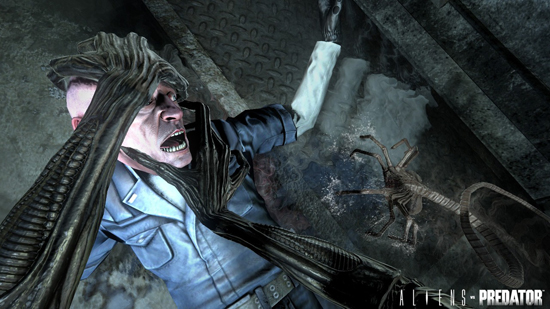 The Alien campaign is unique although nowhere near perfect. Running around on the walls and ceilings while picking off marines and scientists takes awhile to get old but that’s about all you do for the entire campaign. It’s usually run from point A to point B while easily killing anything between. There’s barely any challenge since with a little patience you can pick off any enemy you want without much effort. If you do get into trouble the combination of your speed and ability to run anywhere makes it easy to avoid taking too much damage.

The Alien controls themselves aren’t intuitive enough and transitioning from the different walls and ceilings can often be clumsy and not do what you want them to. The ability to go anywhere also leads to the occasional level design problem when there’s little signposting on where you need to go next. There were a couple occasions where I almost consulted a walkthrough because I wish sick of checking every wall and ceiling for a vent to crawl in. That said the Alien campaign is worth a look as it definitely shows potential and it’s a completely different experience than what you’ll get in most first person games. 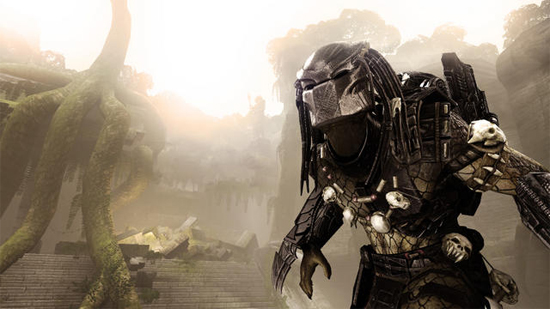 The Predator campaign is the worst of the three. The entire campaign isn’t as strong as the Marine’s or as unique as the Alien’s. It mostly plays like a standard FPS but with too many gadgets and some strange control decisions. The melee attack system is poor but the Predator is so powerful that you won’t have much trouble fighting off the xenomorphs anyway. Then there’s your ranged weaponry, which, is all over powered and takes away most of the challenge. You have an energy meter which stops you from always using the ranged weapons but it can be replenished quite often. Overall, the Predator campaign feels more like a multi-hour long tutorial rather than a complete campaign.

Although, Aliens vs. Predator has a lot wrong with it there’s still some redeeming factors. For one, the sound design is exceptional and perfectly captures the “Aliens” atmosphere. There are also some moments in the game that any Alien fan will enjoy and this is definitely one of the best games in the Aliens universe available. It’s certainly more playable than the 1999 effort. A couple of the campaigns show some real promise and it’s unfortunate that Rebellion wasn’t able to turn out a game of better quality. If anything the high points of the Marine campaign definitely make me hopeful that Gearbox’s Colonial Marines could end up being the Aliens game we’ve all been waiting for.

This game, however, gets a C-.

Sega's purchase of Relic is meant to reinforce their PC development

Miscoded Confidence: Getting into The Club