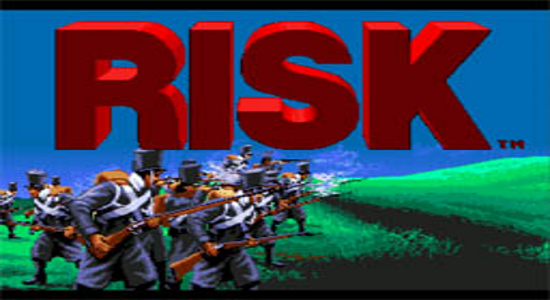 Since the beginning of video games, there has been a steadily increasing flow of them that have attempted to carry the world of board games over into the digital realm. There have been several reasons for this – it being easier to setup, carry and store would most likely be the three best reasons from the jump from physical to digitization. However, there is always the lingering reasoning that a lack of a board, pieces, cards and dice keep them from flying about when a sore loser descends into nerd rage.

And that is what brings me to Risk on the Sega Genesis. For a game that has seemingly been around forever as far as many gamers are concerned, this is one of the better versions of the Game of World Domination on a console as far as I’m concerned. Not because it’s well-designed or difficult as hell, but because it doesn’t ever show a dice roll being shown – instead opting to allow that to take place completely behind the scenes. 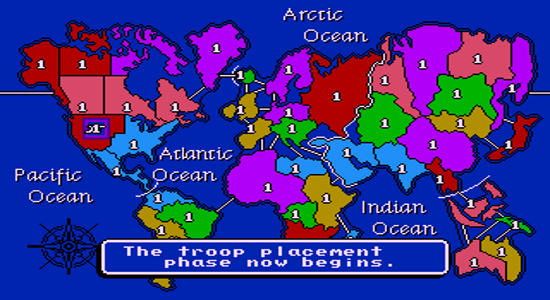 As with any Risk game, it opts to allow players to set how many humans and computer-controlled players will be involved in the game, pick their colors and rotates through until all the territories of the world have at least one army on them. Following a massive build-up of troops, the invasion goes down in an attempt to expand. And while strategies vary vastly between dropping a metric ass-ton of armies on one country and assaulting every weak looking country in sight or bunkering down with a majority of armies at a nations border, it always feels like a Risk game despite there being a Sega controller in your hand and not dice.

When you finally do get that irrepressible urge to go all Napoleon on the map, attacking can work in one of two ways based on how you like your strategy to go down. 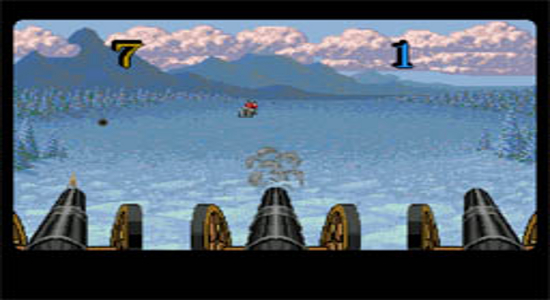 Classic mode, which one would imagine involves digital dice being rolled across the screen couldn’t be further from the truth. It actually illustrates the armies located on the countries facing off as cannons firing on each other. Dice rolls are illustrated quite creatively as hits and misses against the artillery lines and carries with it an exceptional quality of being minutely harrowing, despite the fact that all of that warfare is taking place on your television screen. But, for the people who want a bit of a shooting gallery edge to go with their strategic expansion against the rest of the world, there is always Arcade Mode.

Personally, I feel that the Arcade version of play should only be done against the most difficult computer-controlled characters that the game can throw at you. After all, on the lower difficulty settings or against an inexperienced human player, it’s like shooting fish in a very small barrel. Or just tossing a grenade in said barrel and calling it a day. Instead of counting on the machine to come up with an outcome of the battle, players are given control of a cannon that they must use to lay waste to a small battlefield as cavalry runs back and forth a la carnival shooting galleries. You hit one of them and that’s an army gone from the attacker or defender. Thus, it being so ridiculously easy makes it child’s play for anyone with a cohesive knowledge of how to play the Arcade-style of Risk allowing them to waltz through the game in a matter of minutes if they know what they’re doing – all the while playing Ride of the Valkyries. Wagner would be so proud. 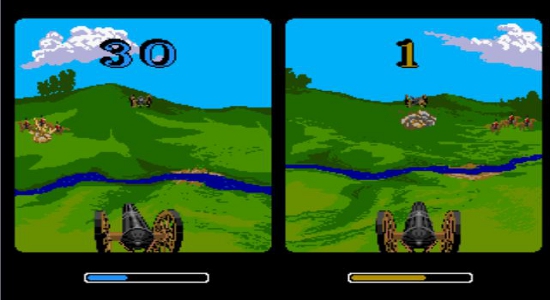 For those wondering why I would toss a board game gone digital into a Miscoded Confidence, it’s really all too easy to understand. Lower difficulties, this game is a hardly a shadow of it’s tabletop equivalent, yet on the hardest is enough to cause controllers to get smashed and make you continually question whether or not the computer is outright cheating to put you in the place it has had set aside for you since the first army was placed.

Very much like Mario Kart 64, which would arrive on the scene a few years after, despite the divergence in genres – illustrates a tenet similar between both games. A concept known as “Rubberbanding” in racing games keeps all the racers as close as possible until the last possible stretch of the race. The same can be said for Risk on the higher difficulties – If you hunker down and start amassing armies, instead of quibbling amongst themselves – they will single you out and attack you until you’re back at a power level similar to your fellow generals. Regardless, this still keeps the game fun. 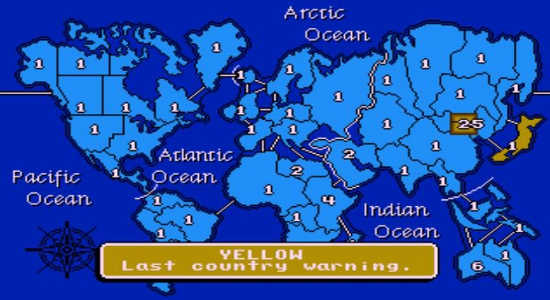 That is, if you have the attention span for it.

No doubt, the game can still feel as length and dull as ever if you go into it prepared to feel that way – and unfortunately, even if you don’t, it still can – especially if you’re getting your ass handed to you on a silver platter consistently. Nevertheless, for a console that has some pretty exceptional games, Risk stands out as a strategy title that could completely kick your ass if you stepped back and allowed it to. But then again, who says practice doesn’t make perfect – even when it comes to World Domination. 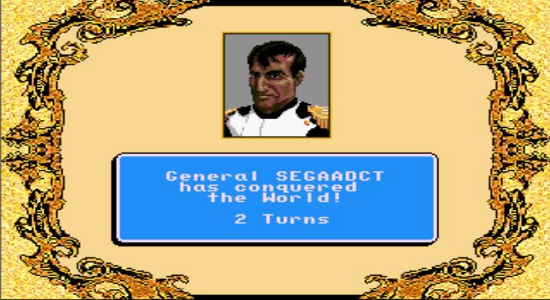