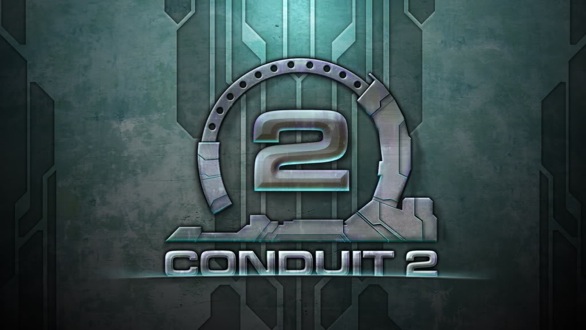 The best first person shooter experience on the Wii so far is easily The Conduit.  So now that High Voltage Software is rounding the corner on bringing us The Conduit 2, expectations are high.  I got a to play through a great demo of the game and see the latest build.  From what I’ve seen, Conduit 2 is on track to meet those expectations.  Hit the jump for my PAX Hands On.

(Please note that screens are not from the newest build I saw.)

The most immediately striking aspect of the Conduit 2 is the visuals.  The game is simply gorgeous.  The corrugated steel had depth and created shadows.  Concrete was grainy and rough.  Clothes were fashioned over bodies, forming creases and folds with movement and bends.  They also played their newest build of the game for me, which was even more stunning than before.  High Voltage is pushing the Wii into a graphical territory of the Xbox 360.  From what I’ve seen, after the Conduit 2, people will no longer be able to say the Wii is not capable of stunning graphics.

One of the things the representatives of High Voltage stress was that they listened to the community’s complaints about the first game and tried to rectify them.  A deeper story was one of the first points of attention.  Writers Matt Forbeck (Blood Bowl, Harvey Birdman Attorney at Law video game) and Jason Blair (Little Fears, Borderlands) have been brought on to give the game a stronger Science Fiction tinge.  There’s going to be a broader worldview via more global locations and worlds are promised to be less linear.  The level I played was the first in the game, and as an introduction was basically a path that looped throughout an oilrig.  Other levels were unavailable. 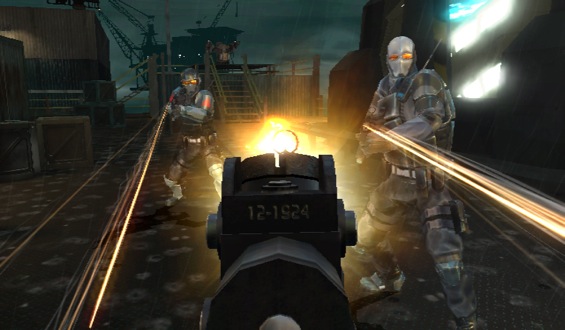 The motion controls for shooting were smooth and felt very intuitive.  The Conduit 2 will support Wii motion plus but does not need it, and will also support the Classic Controller.  No matter what style you like to play, you should be satiated.  The controls will also be able to be adjusted, with any actions being mapped to any button.  I only played with the Wiimote and nunchuck, so I don’t know how good it will feel on a classic controller, but I am excited to try it out with Wiimotion plus just to put the finishing touches on precision and accuracy.

High Voltage mentioned major improvements will be made for the online experience, culminating with voice chat.  No, not Wiispeak, but a new headset peripheral called the Head Banger.  I haven’t had hands on with the new headset, but it supposedly does real time chat in relative clarity.  The representatives of High Voltage said it does what it says it can do, which will be useful in playing Conduit 2’s fourteen multiplayer modes.  Split screen will accommodate up to four players for some classic couch rivalries to be resumed.  The game will also be patchable and feature achievements and unlockables. 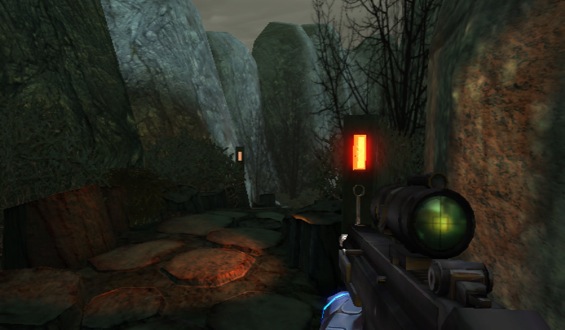 A great value was placed on giving the player the amount of story they want to receive.  Conspiracy objects flesh out the details if you care to take the time to search them out.  If you want to get in depth and explore every nook and cranny, you can.  If you just want to run and gun, by all means.  The All-Seeing Eye will also be used to unlock doors, solve puzzles, and find hidden objects just like in the first game.

Besides the motion controls, there was some motion event game play.  The one that was featured was a switch control that needed to be turned by spinning the Wiimote, pulled by flicking the nunchuck, and slid out by pulling the Wiimote back.  The second time I did it was much more fluid than the first, but it didn’t add to the experience much and stopped game play, cutting the tension and taking me out of the game. 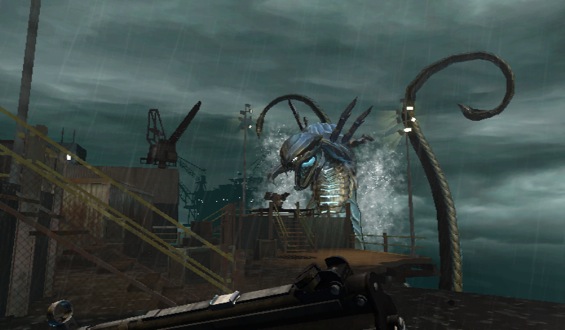 The level I played is pretty standard FPS design in the beginning.  Very fun, fairly linear but something we’ve all seen, probably like that to get people used to the controls.  It opens with you throwing a wrench into someone’s head.  I didn’t get too much into the story because I was having so much fun playing and the sound of Pax mostly drowned it out.  John Adams (yes, that John Adams) is being a jerk.  After making my way through every conceivable facet of an oilrig, I find myself outside in the rain.  Then all of the sudden, BAM, giant sea monster attack.  This thing was huge and the only way to hurt it was with Gatling guns mounted on the oilrig.  After a few bursts of fire (and more than a few deaths via devastating fire breath), the mounted gun became energy hooks.  Guess what you have to do with those?  Yes, the answer is get awesome.  Taking down that monstrous creature after a tough battle felt rewarding and got me excited to see the more open levels, multistage bosses, and try out the new weapons (yes, this time there will be a sniper rifle).  The single player experience is said to last eight to ten hours.

Save your X-mas money from Grandma and look for Conduit 2 to be coming out sometime in Q1 of 2011.

The Conduit being released on Android in HD