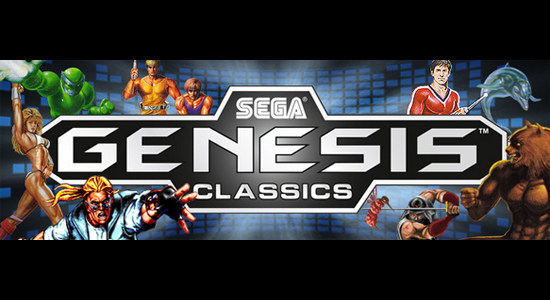 Another series of Sega Genesis games have been released digitally for PC and as before the Sega Addicts are here to help you make an educated decision on what games to buy. Right now the games are all available onwww.gamersgate.com and should be coming to Steam in the near future. If you’re interested in some of the emulation specifics and reviews for the first series of games you can find that here.

Hit the jump to read the Sega Addicts impressions on the new batch of releases.

Pat: Get it. Bio-Hazard Battle is your standard space shmup, and there is nothing wrong with that. It’s one of those games you can play for 20 minutes or for a couple of hours depending how you feel or how much time you have. It’s also fairly simple, so if you’ve never played a shmup before this is a great place to start.

Pat: Don’t get it. If you remember my feature on Columns III you’ll remember that it is by far the worst game in the Columns series. There would never be a time when I could justify telling anyone to play this game, let alone pay money for it. Do yourself a favour and go play Mean Bean Machine instead.

Alex: Get it. I realize this game isn’t perfect but the fact that it tried to do something different makes it an interesting 16-bit RPG. It’s also developed by Shenmue creator, Yu Suzuki, and if that doesn’t interest you then I don’t know what will.

Andrew: Don’t get it. Remember Virtual Fighter on the Sega Saturn? Hell yes you do, because it was a damn awesome game.        The same cannot be said whatsoever for it’s 2D predecessor – do yourself a favor, if you get the Virtua Fighter itch, just buy a Saturn and the game off eBay – it’ll be a lot less painful.

Ecco II: The Tides of Time

Alex: Don’t get it. As with all Ecco games (except maybe the Dreamcast game) the game looks beautiful but the gameplay is very bland. Prepare to see the same things over and over again and get lost trying to figure out what to do next for a few hours.

Andrew: Don’t get it. Artsy presentation is all well and good, since the kid-friendly gameplay was definitely a selling point when Ecco originally hit the shelves years ago. But, what no one ever tells you is that it’s kid-friendly because they’ll rarely be able to do anything short of swim, jump and cryptically use an obtuse form of sonar.

Tom: Get it! What could be better than Golden Axe?  Why, Golden Axe with aliens and robots!  And this classic beat’em up pushed all kinds of innovative boundries, like first-person-shooter-style bonus areas and racing-style side-scrolling running levels.  Each character has a wide variety of attacks with various weapons, and the robot character even pulls his leg off and uses it as a cannon.  ‘Nuff said.

Pat: Get it. This is a great side-scrolling shooter. It plays a lot like a beat-em-up, except with aliens and guns. I think using guns makes you feel like you can do more than in a game like Streets of Rage. At the same time the game remains very challenging and doesn’t make you feel over-powered. It’s a unique take on the beat-em-up genre that is definitely worth the price.

Alex: Get it. Decap Attack may not be as polished as many other Sega published platformers but it’s still a fun and creative game. Playing a character who has no head and attacks from the face in his stomach is reason enough to give the game a try.

Stevie: Get it. This is just a really creative game. Love the spooky aspect of it and the level design supports the platforming well. You can’t go wrong with this one.

Tom: Get it. I’m with Alex on this one–it’s one of those games that’s so insanely strange that you just have to try it.

Pat: Get it. This is one of the most enjoyable platformers on the Genesis. The fact that you attack people by throwing your head at them is appealing in itself. Once that appeal wears off you still have a fun platforming adventure to play around with.

Alex: Get it. Flicky is one of the earliest Sega franchises and it’s a fun little arcade style game on the Genesis. The gameplay does get repetitive due to its arcade hi-score breaking roots but the rescuing of baby birds is a lot more fun here than it was in Sonic 3D Blast.

Pat: Don’t get it. This game isn’t necessarily bad, it’s just very dated. Basically it’s a platformer/shooter, but the level of difficulty is quite high, and it’s not a very fast-paced game. If you’re not a retro nerd or don’t remember this game fondly I really don’t see why you would bother playing it.

Alex: Get it. While there are many better ways to obtain a copy of Sonic 1, the first Sonic game remains one of the best 2D platformers every created. No spindash. No Tails. Just a little blue hedgehog with a big dream.

Andrew: Get it. It’s Sonic the Hedgehog – one of the most memorable games in the history of video games, let alone Sega. This is to Sega what Super Mario Bros. is to Nintendo – it’s where something amazing was born.

Stevie: Get it (if you grew up with it). Oh boy. You are all going to hate me after this. In my opinion Sonic 1 doesn’t really hold up well. I’m sorry guys. Just it’s a bit slow and not as creative or fun as Sonic 2 or 3/ and Knuckles. If you grew up with this game in the series, and you haven’t got it already through the other compilations then go for it. But if you haven’t played it then be warned: It doesn’t hold up well.

Tom: Get it. Classic.  Total classic.

Pat: Get it. While this game is by no means the best Sonic game, it has undeniable charm, and it comes as no surprise while playing this game that this mascot caught on. The game is hard, but the level design is really good, and there’s a huge emphasis on actual platforming.

Alex: Get it. It’s going to take a really shitty beat’em up for me to not recommend it. I love the genre and the Golden Axe series has always been one of my favorites on the Genesis. Golden Axe 2 didn’t change much from its predecessor so if you’ve played the original you’ll already know whether this game is for you or not.

Andrew: Get it. If you enjoy modern beat’em ups like Shank and Castle Crashers – then Golden Axe 2 as well as the original are right up there with River City Ransom and Streets of Rage as far as kick ass games.

Tom: Get it? I’m a little on the fence with this one–if you’re a big fan of the franchise, then I’d say get it, but it changes so little from the original that the casual gamer would probably get bored with it.  If slightly altered costumes and enemies are enough for you, then go for it!

Sega shows off first Sonic 4: Episode 2 concept art, will continue to do so every Friday