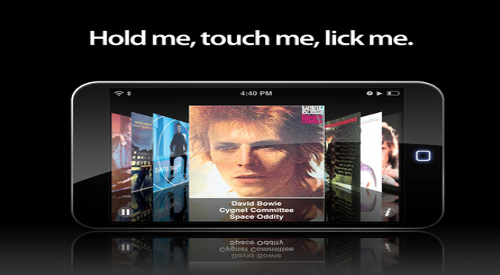 Sega has this way of constantly bringing back the things they believe their fans really and honestly want and for the most part, they have it nailed down to a point. But, there is definitely something that has been lingering in the back of my mind as a major problem for sometime and while bad games do happen to good developers all too often – its recognizing that there is a decided factor in the platform a game arrives on more so than the game itself.

I know this seems like a moot argument to some or even trifled griping, but there is a decided joy that comes from playing a game with a controller as opposed to a touch screen – regardless of how far the technology has come. 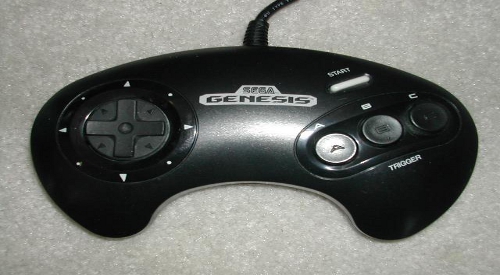 Upon brief examination of a Sega Genesis controller, it becomes apparent that, under modern technological standards, it isn’t terribly impressive. Opening up the controller will reveal that it has a standard quad multiplexer chip, which directs data from one of two sources to a single input line. Hypothetically speaking, the chip essentially allows for 8 different signals to be sent over the course of 4 data lines.

The way the Genesis utilizes the multiplexer chip, data from the 8 individual switches in the gamepad is sent over 6 data lines and while this isn’t what would be considered an economical answer in regards to the overall design as far as any sensible engineer would be concerned, I’m sure we can all agree it worked out for the best. In an eerie, if not roundabout way, this also made the controller backwards compatible – with some potential modification – with an Atari 2600 joystick. 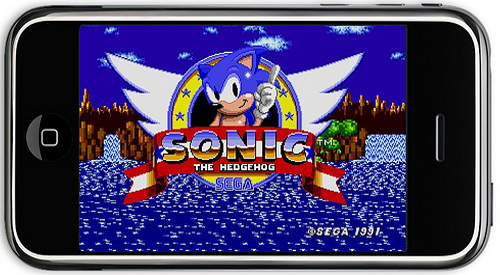 For what seems like such a simple device, it has established itself with a sense of iconica that many have, over the last decade and a half since the Genesis released, persisted and remained one of the greatest devices for controlling video games to the content, and occasional frustration, of gamers the world over. It is their reliability and capable of enduring despite being thrown, dropped or covered in spilled soda countless times that has made them such memorable pieces of technology. And why they still hold such decided preference over the touchscreen alternative, which don’t seem to going away anytime soon.

The touchscreen, as many will be all too familiar, was brought to the consumer masses by Apple with the advent of the iPod Touch, iPhone and subsequently the iPad – all of which have become juggernaut devices in the marketplace the world over. While this feature has since spread to Android and a modicum of Blackberry devices, it is the Apple devices that currently lay claim to a significant amount of gaming apps. But, without the touchscreen, would the device be such a monumental masterpiece?

After all, with most touchscreens, data is entered when sound or light sensors are blocked by the finger or hand of the user, which notifies the phone when someone is intentionally pushing a ‘1’, ‘A’ or trying to spell ‘Banana’. However, due to an embedded grid beneath the screen that is capable of multi-touch, the ability to detect multiple taps as well as using your thumb and finger to zoom in or out on images is possible. This is only capable thanks to the use of capacitors in conjunction with the coordinated grid pattern. Finally, electrical impulses transfer data – pushing information to the device’s processor – it is programmed to figure out movements such as sliding, tapping or other behaviors so the system is able to “know”, so to speak, what you’re looking for. 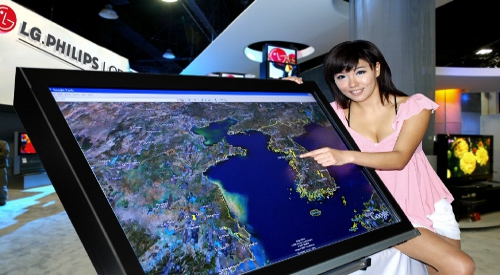 My problem with this is with the recent anniversary of Sonic the Hedgehog, many of the games that a lot of Sega Addicts will have grown up playing with have undoubtedly purchased and downloaded to their iDevices in a haphazard hurry and while this would normally be awesome in that special Sega kind of way – the controls for many of these games are pitifully bad.

I’ve noticed it with any of the Sonic games I attempt to play on an iPhone and perhaps it’s the fact that I have grotesquely large hands, which has ultimately served to reduce playing anything on the device to grappling with a ferret, but it stands to reason that perhaps these games were not meant of the touch devices that many modern manufacturers are pushing onto the gaming masses.

Suppose, for a brief moment, that it stands to reason that not only a controller will always be the better alternative to a touchscreen – particularly in the case where reflex and platforming are more important than portability – but the only alternative. I’m not saying there is no reason for anyone to try playing Sonic on their touch device, but I am saying that it’d end up being frustrating as hell. It’s a nice gesture, don’t get me wrong, but I’ll happily keep my controller.

I’d actually be a bit interested in this case to see what the general consensus is amongst our readers. Who exactly loves to have a controller or who would rather struggle with a touchscreen – or not even struggle at all? Hell, if you can play Sonic comfortably via touch, seriously all the more power to you. In the meantime, give me a D-pad and true to life buttons to press.