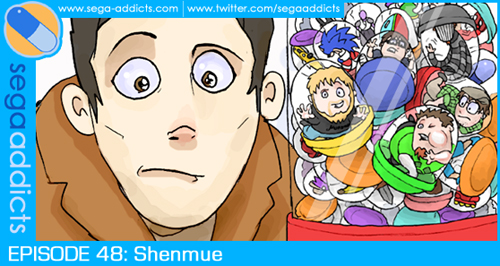 This week the cast discussed all that is Shenmue. From Shenmue 1 & 2 to the cancelled Shenmue Onine and the most recent release of Shenmue City in Japan. It’s hard to believe its been over 10 years since the first game’s release and it’s a little disappointing that not many games since have tried to do what Shenmue accomplished. Whether or not we’ll ever see a third game in the series is questionable but as the years go on the chances seem less and less.

On that note enjoy the episode!