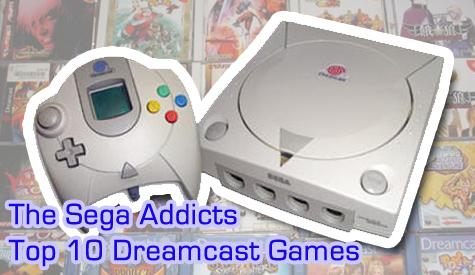 Hey it’s a new weekly feature brought to you straight from the vocal cords of the Sega Addicts! Every Saturday we will be posting an Official Sega Addicts Top 10 list on a huge variety of topics. These inspiring features are not just pointless fluff posted to make a quick buck either as many Sega Addicts hours are spent throughout the week voting, fighting, biting, and eating to come to what we finally stamp with the “Sega Addicts Approved Top 10 List” stamp.

There is often blood involved.

Our first feature kicks off with Top 10 Dreamcast games. Hit the jump and see what we came up with and feel free to complain, or agree, with us in the comments. 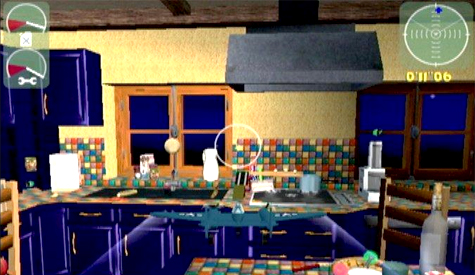 Josh Newey: The first article I ever wrote for this site was about this game, and for good reason. Anyone who has ever overseen an epic battle of plastic playthings on their living room carpet will almost certainly be touched by Toy Commander’s brilliant premise, nostalgic sense of exploration and endlessly imaginative level design. Explore a massive house from the perspective of a handful of tiny little toys, completing missions that vary from simple (airlift sugar to this cup of tea) to hairbrained and hilarious (fly down the toilet and into the sewers to kill the Cockroach Queen). The game holds a special place in my heart, and because there honestly is no other game on the market like it, it should have a place in your Dreamcast library. 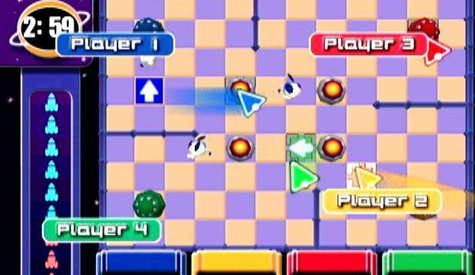 Alex Riggen: Chu Chu Rocket is another great example of Sega being at the height of their creativity during the Dreamcast era. It took the puzzle genre and did something entirely new but so simple to grasp that almost anyone can pick it up and start playing and having fun. It’s frantic but also requires quite a bit of strategy and tactics and has that special “one more game” feeling that so many Dreamcast games offered. It was also a major technical leap for console gaming as it was one of the first games to offer true online play. If you haven’t played it yet, I highly recommend it as the game as not aged a bit since its original release. 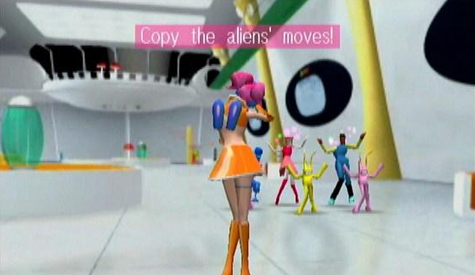 Sven Wohl: So, what is there to say about Space Channel 5 which hasn’t been said already? You all know the drill, I guess: It’s a rhythm game, before rhythm games were really popular, it has a unique graphical style and it’s refreshingly original. The astonishing thing about that is, there still is no game quite like it. Nobody really tried to imitate the concept, which ultimately leads to Space Channel 5 being an all-time classic. Amusing details like Michael Jackson being included helped the game to get a certain reach outside of the videogame community, which isn’t something that can be said about every game. It’s still fun to play today, which is why I chose it over so many other Dreamcast titles. 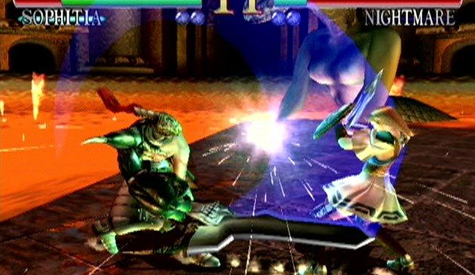 Tom Kyzivat: It’s no secret that the Dreamcast had one of the best libraries of 2D fighting games of any system (rivaled only by the Saturn), and even though my heart will always belong to 2D fighters, even I can’t deny how awesome a game Soul Caliber was! The graphics were better than the arcade, it had a great roster with an impressive variety of moves, upgradable weapons, and was essentially the best 3D fighting game you could get on a home console. At launch, people were buying Dreamcasts just to own this game. ‘Nuff said. 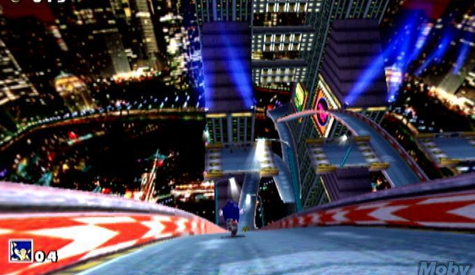 Scott Morrison: Sega Dreamcast was the first videogame system I bought with my own finances, and I only thought to accompany that initial purchase with none other than Sonic Adventure. I felt like I earned Sonic’s first 3D outing on the edge of the extreme 90’s with my Sonic fandom in tow.

Sonic Adventure combined so many intriguing genres from adventuring and platforming, to target shooting and caring for virtual pets. Sega claimed for Sonic Adventure to have six different gaming styles, but really it only had four, and I was OK with that. Speed (Sonic, Tails, Amy), treasuring-hunting (Knuckles), fishing (Big the Cat), and target shooting (E-102 Gamma) encompassed what I believe to be an incredible story of good vs. evil. Shoddy camera angles aside, the game was vividly colorful, incredibly characteristic, and simply a fun ride. I would be lying if I didn’t say that I spent more time caring for Chao’s on my VMU than actually playing Sonic Adventure. The best quality of Sonic Adventure may have been the fact that the game did not force you to play as all the characters to get through the story. As cheesy as it may sound, the most rewarding part of any Dreamcast game to date, for myself, was when I defeated Chaos as Super Sonic and watched the credits roll while listening to Crush 40 tell me to, “always keep on running.” 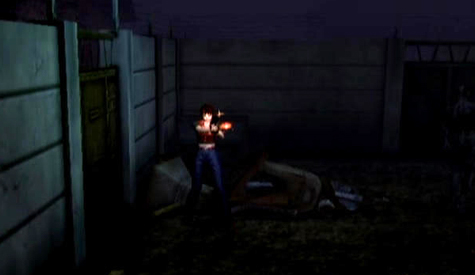 Alex Riggen: Resident Evil’s jump from PlayStation to the Dreamcast was a massive success. It was the first game in the series to use real-time 3D graphics and the game often looked visually stunning. Especially, when compared to the previous offerings in the franchise. That’s not the only thing CODE Veronica improved upon however as the gameplay, the creature design, the atmosphere, and the story all felt like a step above what we’d seen in the past. It remains one of the best classic survival horror experiences you can find and it’s packed so full of content that it should keep you busy for many enjoyable, yet nerve wracking, hours. 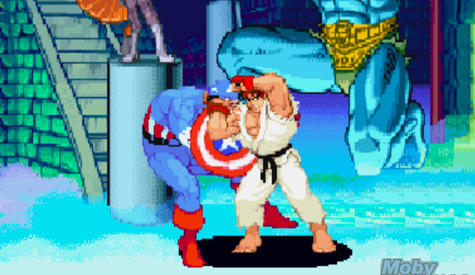 Pat Reddick: I’m one of those people who’s not very good at fighting games and rarely plays them, so it may seem a little strange for me to have picked this game. I would argue that my lack of skill is actually a testament to this game’s ability to entertain. In fact I don’t know anyone who is good at this game, but I know a ton of people who will play it with me. Something about it (possibly the impeccable controls, possibly the gorgeous art style, possibly the sheer depth of character choices, possibly all of these things) makes it an irresistible experience, regardless of its lack of forgiveness for newcomers. In a way it’s ridiculous difficulty actually ensures that you can play this with a group of friends and chances are everyone will be about the same skill level. And I guess people who are good at this game would say its mechanics are some of the best of any fighting game ever, enough to maintain its relevancy even after its sequel has been released. On top of all this the only 6th generation port of this game that was worth anything was the Dreamcast version. No other game can provide you with the Marvel vs. Capcom 2 experience, at least not on the Dreamcast, and it’s an experience that I think ever gamer should have. 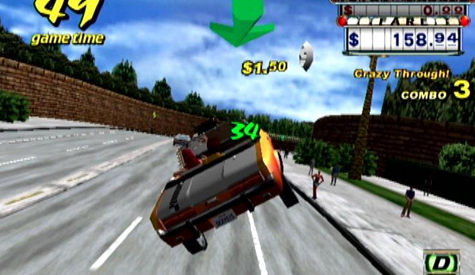 Brett Hatfield: I picked Crazy Taxi because, for me, it’s kind of the perfect pick-up-and-play time killer game. Need to burn about 45 minutes waiting on a pizza? Bored waiting on some friends to arrive? Pop this in and just go nuts for awhile. It’s so simple, but so fun as well, and between that, the likeable characters, and the iconic announcer and “YEAH YEAH YEAH YEAH YEAH” of The Offspring, it’s one of the most memorable games I’ve ever played. I can honestly say I’ve never had a bad experience playing it, which is more than I can say for most games out there. 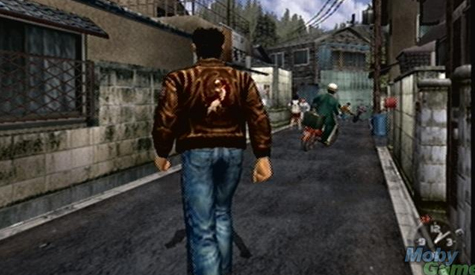 Josh Newey: What is there to say about Shenmue that hasn’t been echoed in the voices of thousands of Sega fanatics before? Shenmue is epic, sweeping, and ambitious in a way that sets it apart from almost anything else. Sure, the open world format has been honed for generations now, and many of Shenmue’s innovations are now outdated, but there’s something about the patient calculated way this game plays, about the way the world exists with you instead of for you that makes it feel more engrossing and believable than just about any other videogame mythology out there. I have played this game several times over, and despite the admittedly hilarious voice acting and some very frustrating gameplay moments, I always find myself so deeply invested in Ryo Hazuki and his quest to avenge his father that I can’t put the controller down for hours at a time. My memories of this game and the way it informed my passion for storytelling in games brings it to the very top of my list of favorite Dreamcast titles. 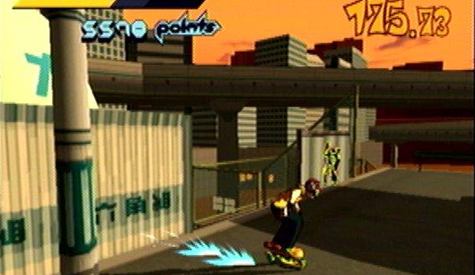 John Doherty: For me Jet Set Radio is a game that perfectly exemplifies what the Dreamcast was all about; fun games with unique game play hooks and worlds. What could describe the game better than that? I remember the first time I skated around Toyko-to while listening to Professor K spin really amazing music, I was hooked. That’s what the game really excelled at, putting you into this world that couldn’t feel any more alive. The art style blends so perfectly with the soundtrack to create the most unique game world around. Sure the controls are by no means the best, and at times can be downright frustrating, but the game is able to remain amazing to this day because of its unique game play and the world. I still will pull this game out just to skate around town and tag up some turf. It’s an experience I can’t get from any other game, and I love it dearly for it.