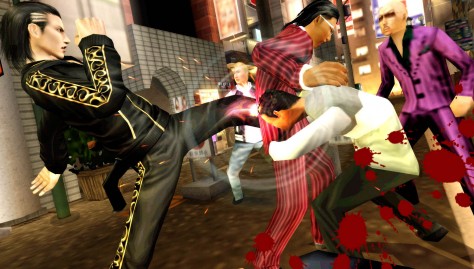 Even with the Vita peeking over the horizon, the PSP still looks like it has one or two decent cards hidden up its sleeve. Unsurprisingly, Yakuza Black Panther 2 is on the top of this small stack, and if the response to the last Black Panther is to be believed, these handheld offshoots certaingly hold up to the series’ lofty standards of quality.

Anyway, Andriasang has a whole new batch of screenshots for Black Panther 2, focusing primarily on the game’s bloody-looking combat and snazzy-looking character models. Hit the jump to see a handful, and head on over to Andriasang to see the whole batch.