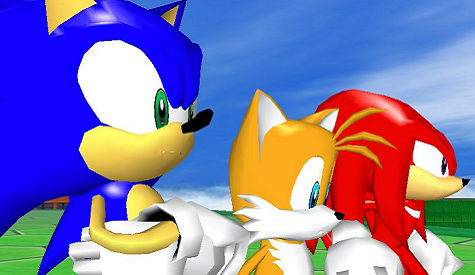 European Sega fans rejoice! The Playstation 2 version of Sonic Heroes has hit the PSN network for download, in Europe. This comes as part of a selection of ‘PS2 Classics’ made recently available on the PSN including Virtua Fighter 4 Evolution, Need For Speed Most Wanted and more. It is likely that the game will become available in the US, although this has not been confirmed.

The news has, however, been met with mixed feelings. Many consider the PS2 version of the cross-platform Sonic Heroes to be the inferior version, with its emulation on the PS2 potentially bringing its own problems. Furthermore, the game has not been remastered in HD as is the case with other PS2 re-releases, with the resolution simply being up-scaled. At the current price of £7.99/€9.99, and considering other upcoming downloadable releases of interest, do you think the game is worth it? Let us know as a comment below.

Sega makes less money, but still has some million-sellers