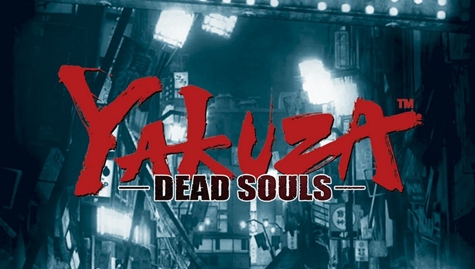 When I first saw Yakuza: Dead Souls revealed, I wasn’t entirely thrilled. I’m one of those people who doesn’t quite get the obsession with shoehorning zombies into everything, no matter how unfitting it is. Given how based in reality the Yakuza series is, I couldn’t have been more uneasy about how Team Yakuza would pull this off.

Following that, talking to friends about the demo released on Japan’s PSN, and hearing how wonky things were from them also had me worried. Some of them made it sound like this would be the series’ fall from grace. Heading in with this knowledge, I was fearing a nightmare scenario.

Did my fears come true? Has the Yakuza name been tarnished with what would appear to be a cheap way to grab mainstream love here in the West? Or did Nagoshi and co. actually pull out another great game despite all of the above? Find out after the jump. 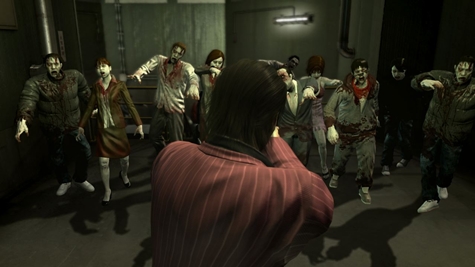 Much like the studio’s other release this year, Binary Domain, you really can’t blame anyone for being a skeptic about this. It’s such a change for the series, thematically and in gameplay, that anyone familiar with the series would be cautious about it. One of my biggest fears about the game is that the writing would lose the charm that made me instantly fall in love with the series last year.

But that didn’t happen at all. This is still the Yakuza you know and love when it comes to storytelling and such. In fact, I’d say the writing is the game’s absolute strongest point. The characters are just as superbly written as they have been in the past, if not more so in this. Akiyama and Majima are absolutely outstanding, and while I’m not the biggest fan of Kiryu or Goda, both are extremely likable here. And as Kris mentioned on the podcast this week, the localization effort was fantastic, as everyone seems even more natural here than in Yakuza 4.

And while the story starts off as a bit like any generic zombie story, it slowly comes around and wraps up awesomely, and manages to still make sense in the Yakuzaverse. An impressive feat, all things considered. And while the game can take itself seriously when needed, it can still be insane and hilarious, providing tons of laughs, especially in the substories. There were one or two in particular, which I won’t spoil, that had me doubled over and crying from laughter. Just an excellent job in proving me dead wrong, no real pun intended there, about the team’s ability to make this work. 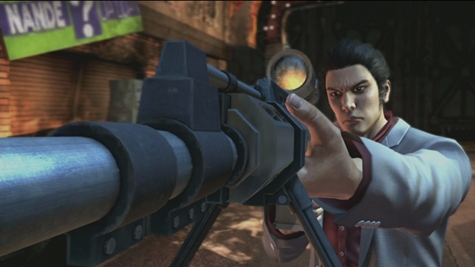 Graphically, it’s almost exactly the same as Yakuza 4. Not that this is a bad thing. It’s just that nothing really too new or groundbreaking is done with the engine, and during the adventure segments it doesn’t feel like a new game at all. However, the ruined Kamurocho is a pretty neat sight to see. The zombie designs are also quite nice, and most importantly, they addressed a nitpick I had with Yakuza 4’s enemy designs not being varied enough. While repetition is a certainty with so many enemies on screen at once, it’s definitely not as annoying as it was the past. However, the boss designs are rather generic and disappointing, and only a couple really look and feel like true boss fights.

As far as the sound goes, that too was a bit disappointing. The voice acting is great, ESPECIALLY for Majima (everyone please send Hidenari Ugaki a bouquet of roses for his incredible karaoke performance), and everyone plays their role well. However, the ambient sound is either completely generic, or lifted straight from Yakuza 4, which is slightly off-putting in context. You’d think people in the city would be a liiiiiiittle more panicked if the place was quickly being blockaded and swarming with a military presence, right? But it’s all business as usual. The music is also a bit of a letdown compared to Yakuza 4. While it’s mostly ok, nothing really stands out aside from the main theme (Start of the End), and the music that plays during the final area (Long Battle). Everything else, frankly, just sounds like generic action music. 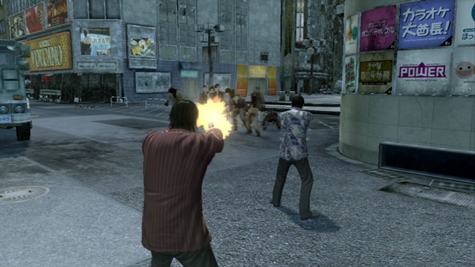 So, the gameplay. My other major fear about this game was how the gunplay would work. I wasn’t a fan of how the firearms worked in Yakuza 4, and I largely tried to avoid them whenever possible. Luckily, that’s not how things worked here. You’re given the choice between a run-and-gun style of gameplay, with a mostly competent auto-aim, or a Resident Evil style over-the-shoulder aiming option. I mostly stuck with the latter, as it felt more natural to me, but both are quite good. The only real disappointment with the shooting is that there’s no real reason to switch from the standard handguns to the specialty weapons, as they’re plenty effective, and in some cases, the other weapons are a pain to deal with. Goda’s gun arm is the biggest example of being annoying to make consistent shots with.

As for the muchly criticized camera, it’s not a game-ruiner by any means, but it certainly could’ve been handled better. I took a few too many unnecessary hits because of it, especially from the Molotov spamming zombies, and the acid spitting mutants. It’ll also mess up the aiming quite a bit at times as well. There were several times where I would press the button to over-the-shoulder aim, facing towards a pack of zombies, and then my character would do a complete 180 and aim where there wasn’t a single thing to shoot.

As far as other nitpicks go, I wasn’t a fan of the spacing between save points. As far as I can work out, there’s no way to save in the quarantine zones, or suspend your game, and some of these story missions are ridiculously long. Not good for people who only have a little time for gaming. Also, the amount of escort missions in this game had me incredibly frustrated. While most are largely optional, Goda has quite a few mandatory ones, which really drag his part of the game down for me. 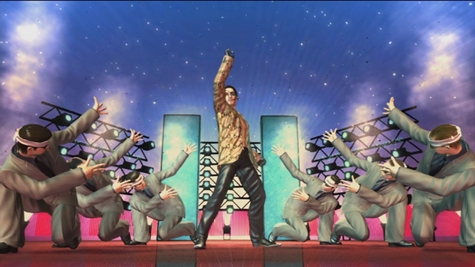 But disregarding these few slight issues, there’s still a very rewarding game to be found within Dead Souls. As to be expected with the series, there are a TON of substories and minigames to be played, and a ridiculous amount of content. The postgame replay value is off the scales, and I can easily see myself still playing this long after this review has been published.

All in all, it’s not perfect, and I don’t believe it’s as good as its predecessor on the whole, but it’s still ridiculously fun, and it’s nowhere near the nightmare I feared it’d be. It’s a fun little tide-me-over until we can get some news on Yakuza 5, and if you’re a fan of the series, I wholeheartedly recommend it. 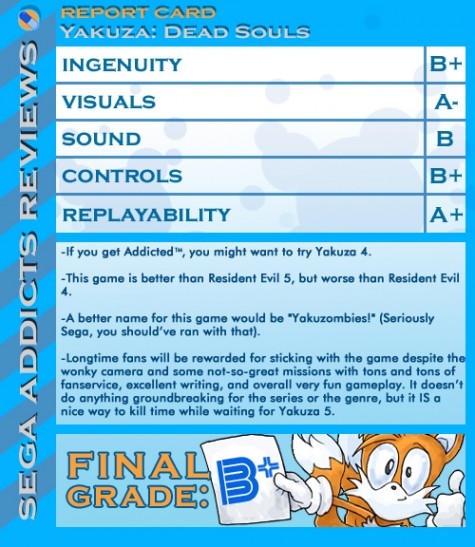 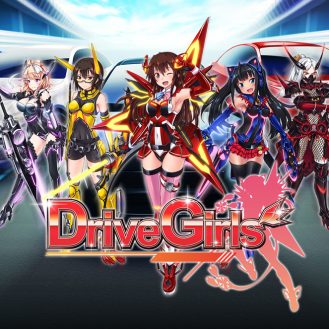 Yakuza 5 to feature ramen in food based cross promotion