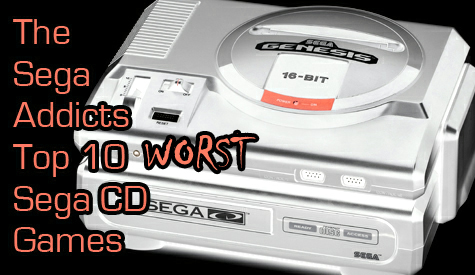 Ah, it seems like only a week ago we were highlighting some of the best games on the Sega CD. From RPGs like Lunar to fighting games like Eternal Champions, there were a select few games in almost every genre worth checking out. Unfortunately, the Sega CD was also plagued by a large percentage of terrible games and the quick rise and fall of the FMV game. Now, not every game on this list is an FMV as it’s possible to make terrible games in other genres but they make up a large percentage as you will soon find out.

Hit the jump to read our top 10 worst games for the Sega CD! 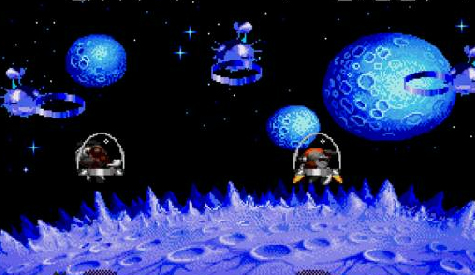 Alex Riggen: When I first found out about and purchased Bouncers I was excited to play it. The idea seemed brilliant being a basketball game where the player controls the ball itself and the visuals and playful tone of the game were engaging. Unfortunately, the most important aspect, the gameplay, was terrible. The controls are sloppy and the pacing and balance feel completely off making this game nice to look at and think about but not to actually play. 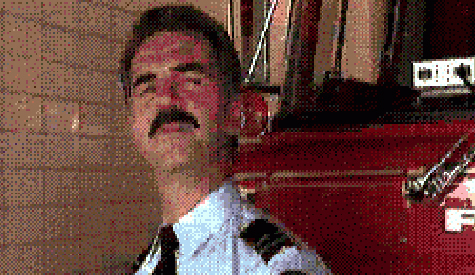 Alex Riggen: Ever wanted to watch low-res video of bad actors pretending to fight fires while you occasionally press buttons to make them go in different rooms? You did, really? Well, that kind of ruins my argument then.

Fahrenheit is everything that’s hilariously bad about FMV games. It’s full of terrible one-liners, audio quality that’s hard to understand, a cheesy intro song, nearly non-existent gameplay, and a character named, Stinky. I don’t think I’ve ever played past the first mission, not because I couldn’t beat it, but because I always get distracted by something more interesting like how I should be trimming my fingernails. 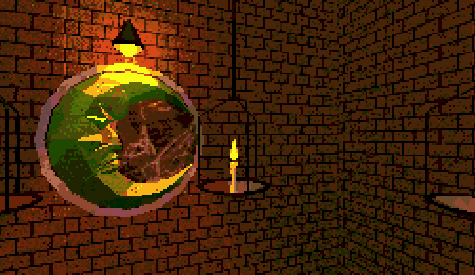 Mike Kyzivat: I didn’t play much of Mansion of Hidden Souls on the SEGA CD, mostly because the graphics were so muddy, grainy and dark that I could not tell where I was facing or where I was going. The SEGA CD could only do full motion video very poorly, so the visuals in Mansion suffer more then the ghosts that dwell in the old home. The story is that you and your sister are out catching fireflies one night when suddenly your sister decides to run off with a strange glowing butterfly. You chase her to the entrance of the Mansion and see her enter. Your goal for the game is to find your sister and escape the horrible house. The game is played in a Myst style point-and-click adventure, the problem (as stated before) is that the game doesn’t have clear visuals like Myst so everything is hard to do, navigation, finding items, basically just playing the game as there isn’t much else to do in a point-and-click game. Instead of playing it on the SEGA CD get yourself a Saturn and pick up the sequel. It has much better graphics so you can tell what you are doing and it has actual voice actors. 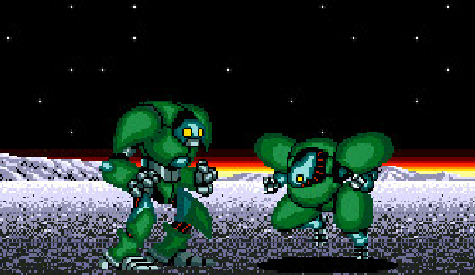 Mike Kyzivat: Black Hole Assault is a one-on-one robot fighting game made by the same people who created Heavy Nova. Now it’s leaps and bounds better then Heavy Nova, but that is not saying much. Most of the problem with the game is the fighting engine: controls are very clunky and it’s usually hard to get your robot to do what you want it to, which, is the heart of any fighting game. If you can’t control your own character then you can’t play the game. It’s too bad because Black Hole Assault was one of the more cinematic games for the SEGA CD at the time and it was cool to see animated cut scenes and actual voice acting in a game as it was very rare at the time. Let that be a lesson to you giant robot fighting game makers. All four of you that is. 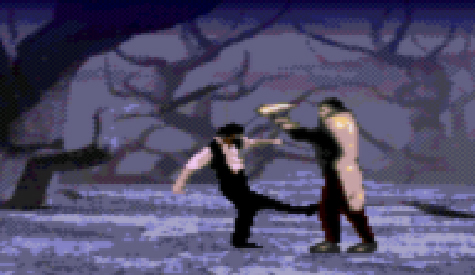 Alex Riggen: While the pre-rendered backgrounds look pretty impressive for a game in the 16-bit era, everything else about Bram Stoker’s Dracula on the Sega CD is pretty lackluster. The digitized graphics for all the characters and enemies have not aged well and the gameplay itself is dull and repetitive. Also, I’m not sure why the developers thought it was a good idea to use only a small fraction of the screen for gameplay as both the top and bottom of the screen are taken up by borders and UI elements. As terrible as this game is, I get the feeling it sold fairly well as I’ve seen it at a number of used game and thrift shops throughout the years and always on sale for a small price. 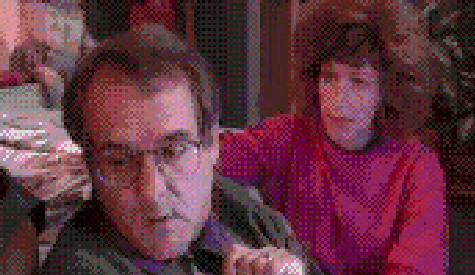 5. Make My Video: Marky Mark and the Funky Bunch

Tom Kyzivat: Boy, all this negativity. I’m starting to feel like a hater coming down on these worst Sega CD games. Okay,  I’ll say nothing but positive things. What’s the next game? “Marky Mark and the Funky Bunch: Make My Video.” Crap. Okaaaay…. let’s see… well, it certainly makes use of one of the music industry’s most, uh, talented musicians of that era. It’s got amazingly hilarious (and not at all stupid or confusing) misadventures of a brother and sister team on a quest to create the perfect Marky Mark video. It blesses you with the ability to compile random video clips into some semblance of a music video. And then of course, there’s the music: Mark Mark and the Funky Bunch. I think time has vindicated them, what with their being inducted into the Rock n’ Roll Hall of Fame last year (which totally happened). And of course the game raises very prudent and socially responsible questions, like, “Should Marky Mark’s video be hot or tough?” It’s a conundrum I still wrestle with to this day. I think the game, and Marky Mark’s legacy, can best be summed up by the quintessentially early 90s kid in the opening cut scene, who we’ll call Maxwell Max Raddingham: “This guy is a serious musician.” 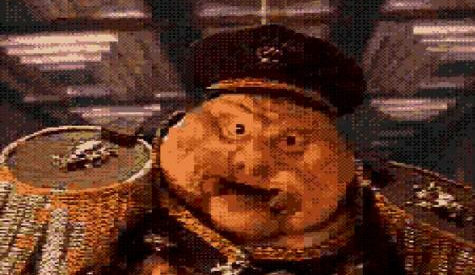 Stevie Grant: Bug Blasters is the worst game that you should definitely play. The cutscenes are amazing and I can never stop laughing everytime I decide to watch them for some reason. However, the gameplay is really where this game takes a massive shit into your dreams. It’s kind of a light gun game but you have no idea where to point your cursor. Imagine having to be quick on your feet whilst aiming your cursor very slowly at horrible CGI bugs that just flail around. It also doesn’t help that you have no idea what’s going on as everything moves bizarrely fast. Basically, it’s the worst light gun game you’ll ever play. But I can’t hate it. It becomes so awful that it somehow changes reality and becomes good. 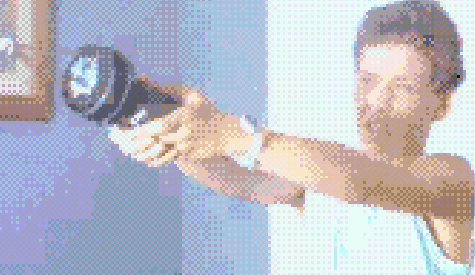 Mike Kyzivat: The only reason this game has notoriety is because it, along with Mortal Kombat, were the two games idiot congressmen used as fodder for their anti-violent video game crusade. But this game (I shouldn’t even call it that) when looked at through today’s eyes offers nothing but a couple of button presses and some grainy video. The basic premise of the game is that you are a security company that has just installed traps to catch men dressed completely in black so they don’t kidnap scantily clad ladies having a slumber party. Oh yeah, it also stars Dana Plato as seen in Different Strokes. All of this is seen and played through convenience store security cameras. So the whole game is monitoring different camera setups and pressing the right button just as one of the guys dressed in black is about to attack a women. That’s it. I wouldn’t even call it a game. Waste of time and money is a better term. 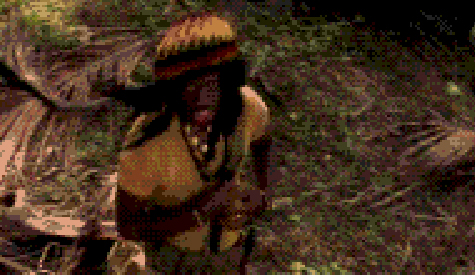 Tom Kyzivat: Graduating last in its class at FMV University, Corpse Killer was truly the worst-looking game on the Sega CD. It more or less combined all the worst aspects of video gaming at the time: of course, the terrible writing, acting and video quality associated with FMVs, but also poorly animated 3D backgrounds and terrible digitized enemy sprites. This game is the illegitimate bastard of an unholy coupling between Battle Monsters and Sewer Shark. It’s even too awful to be entertaining in a B movie context. Although it’s still better than the House of the Dead movie. 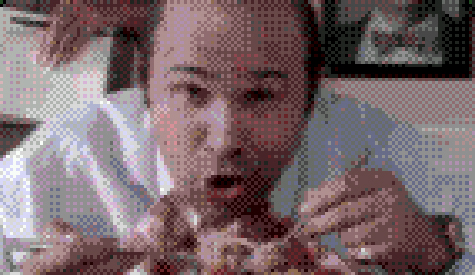 Tom Kyzivat: “One million pounds of tube steak.” Yeah, it’s catchy lines like that that makes Sewer Shark a sight to behold. Considering FMV games were little more than short films with five minutes of gameplay, YouTube pretty much gives you the gist of it. Sewer Shark pretty much sums up everything that FMV games came to be known for: bad acting, cheesy sets, repetitive looping background animations, simple shooting gameplay mechanics, and an overall B movie feel. None of those things are necessarily bad things, seing as how games like Sewer Shark got by as much for their campy value as they did any actual video game legitimacy, but in the end it still makes for a pretty lame gaming experience that only lasts about 40 minutes. On the plus side, two of the voice actors for the Batman Animated Series lended some professionalism to the game. If you’ve ever wondered what the people who voice Harvey Bullock and Harley Quinn look like, that’s your best reason for checking out Sewer Shark.

Pier Solar is a new Genesis/Sega CD RPG in the works. No, seriously.