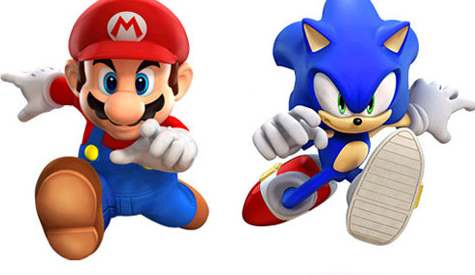 It’s impossible to really convey to any of our readers who were not around for the early 90’s how awesome the Sega vs Nintendo rivalry was. So many school yard fights started over which blue and red mascot was the best. So you can imagine that it warms my heart whenever Sega and Nintendo news crosses over.

Official Nintendo Magazine (not sure how official they actually are) sat down for a chat with the Sonic and All Star Racing Transformed’s executive producer, Steve Lycett. Steve had nothing but nice things to say about the Wii-U its version of Sega’s upcoming kart racer. Apparently the Wii-U has the horsepower and the memory needed to make developing for it reasonably easy.

Hopefully this is a sign that the support that Sega showed Nintendo for most of the Wii’s life-cycle will be renewed this Fall.

Mario & Sonic limited edition is quite something