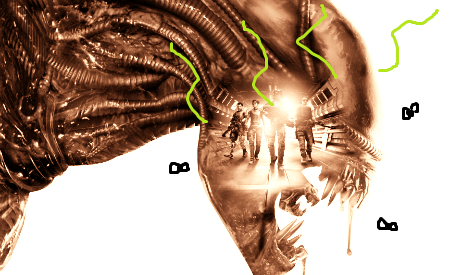 Sega and Gearbox (and maybe even TimeGate, who knows) have been up night after night, delving through volumes of ancient texts on the ancient subject of alchemy. As dawn broke on March 18th 2013, both teams stood tall with heads held high as they proudly announced to the world that they have done the unthinkable.

Truth be told, Sega have made no such claim, but they have indeed released a whopping 3.8GB patch to all Colonial Marines owning Steam users. The patch, which is larger than three or four of your average sized Dreamcast games combined, applies all fixes introduced in the Xbox 360 and PlayStation 3 version patches as well as visual improvements, increased texture resolutions, some fixes for PC-owning crashes and my favourite:

Yes, that is a direct quote from the official patch notes which can be read in full after the jump.