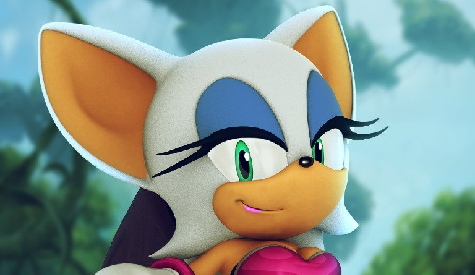 Sega have released another free update for their iOS game Sonic Jump titled ‘Boss Battles’. The update includes several new features including battles with Dr. Eggman that happen at the end of the sixth act of every zone, new obstacles and objects such as diagonal springs and new iDevice wallpapers.

The other major inclusion is that of two fan ‘favorites’ Rouge the Bat and Silver the Hedgehog will be made playable.

The consistent updating of Sonic Jump with free content certainly seems to be keeping the game seeming fresh and new, and will surely reel in more customers. Although saying that, the selection of characters being made available wouldn’t be my first picks. Hit the jump to read about some of the secret content that has been discovered.

According to the source, Russian Sonic fan site Sonic-Scene have rooted around in the game’s files to find that Shadow, Vector and Cream are also included in the Boss Battles update as playable characters with it being suspected that they are in fact unlockable. Also hidden away is a new level named Cosmic Zone.

Sega vs Capcom: Dream of an Obsessed Fanboy, Part 2