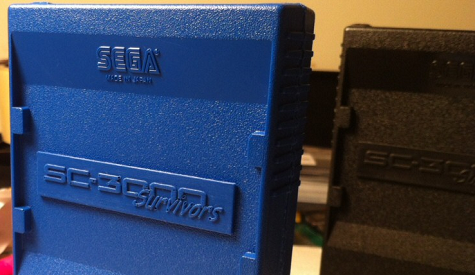 Owners of Sega’s old and rare home computer the SC-3000 will be pleased to hear that a group of fans over at SC-3000 Survivors have not only created a multicart, but are also selling it. The SC-3000 Mk II Multicart is able to store 63 different Sega SC-3000 and SG-1000 ROM images at once and can also be used to run any other tape software written for the SC-3000. The multicart comes pre-loaded with several tape games including homebrew titles and ports of games from other similar systems, however SG-1000 ROMs must be found and added to the cart manually.

It’s really fantastic to find that Sega fans around the world are still creating games and other cartridges for Sega’s oldest machines such as Martijn Wenting’s amazing Astrododge and this new SC-3000 Mk II Multicart. This is actually the second run of the multicart to go on sale, with the first selling out earlier this month. If pre-ordered before Jan 20th the cartridge will set you back $99 plus shipping, with the non-pre-order price being $109 plus shipping. Check out the sales page here, and let us know if you plan on picking one up in the comments section below!

Sega asks: What songs do you want in Project Diva F?