I am probably not the first person to report on this with extreme hesitance. As reported last year, Sega is holding on to a few franchises, while keeping their overall teams significantly smaller. One of those franchises is Aliens, and man am I ever surprised that Fox didn’t take that franchise right back after the Aliens: Colonial Marines fiasco. Supposedly though, Creative Assembly (responsible for the Total War series, and now also Warhammer) is still working on their Aliens game, which will be slated for future consoles such as PS4 and the next Xbox.

This news comes from fansite AvP Galaxy snagging a screenshot from Creative Assembly’s website, which has since been taken down. The image was also shared on Creative Assembly’s Twitter page momentarily, and can be seen after the jump, along with more information regarding the game. 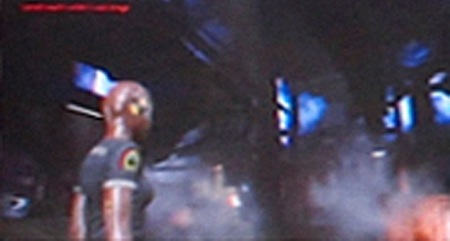 The screenshot shows a crash test dummy, wearing a shirt with the Nostromo logo from the original Alien movie. This isn’t much to go by at the time, but the fact that it was taken down can sometimes lean towards interesting news. Neither Creative Assembly or Sega have said anything about this game in over a year, and let’s hope it stays that way. The last thing Aliens fans want is another prematurely announced game. I’m somewhat excited, but mostly worried about this game already. Anyone else feel the same way?