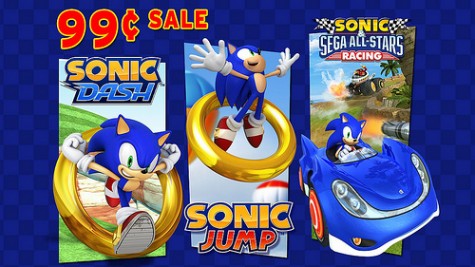 As much crap as I tend to give Sega for their mediocre iOS Genesis ports, I have to hand it to them when it comes to original content. There really aren’t that many mobile games that they’ve released in the past year or so that I haven’t liked, and Sonic’s iOS/Android excursions have been especially impressive.

While all three of these games are quite solid, I highly recommend Dash. Check out Scott Morrison’s review if you need further inspiration.

Sega has no plans for future Sonic 4 episodes