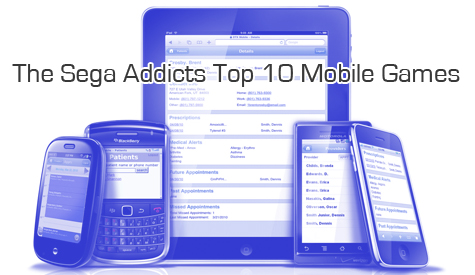 As the mobile gaming industry gets bigger and bigger we’re seeing many major console publishers shifting some of their efforts to the tiny devices that millions of people carry around with them every day. In recent years, Sega has become a huge supporter of mobile games with a variety of ports and original games covering all genres appearing on iOS, Android and other mobile platforms as well. There’s already a large selection of Sega games to choose from on the App Store and with the updated version of Sonic the Hedgehog 1, House of the Dead: Overkill – The Lost Tapes and Godsrule, it looks like they won’t be stopping anytime soon.

We’ve put our heads together and created our list of 10 Sega games that play great on mobile platforms. Hit the jump to read on! 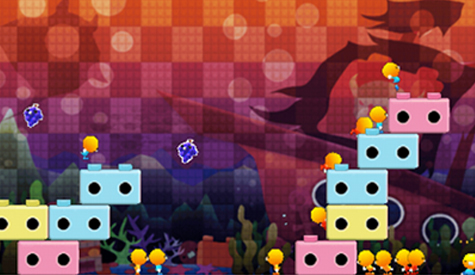 Scott Morrison: Brick People is one of the more simplistic games out there on iOS. Cute, mindless characters with Lego-type bricks for noses walk around aimlessly until you place a brick in front of them. The point of the game is to lead all of the Brick People to pieces of fruit and other food before the time runs out. You drag bricks from the sides of the screen and can re-position them as you like. Bonus levels mix up the play style by asking you to fill a silhouetted shape within a time limit with your bricks. The game is pretty basic, but it’s fun to play in spurts and you’ll soon find yourself playing in longer durations as you try to progress. 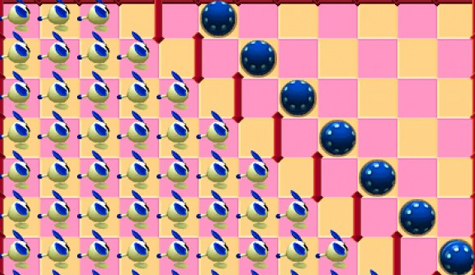 Caleb Cleveland: It’s none other than Chu Chu Rocket!, that fantastic little puzzle game for the Dreamcast. I hadn’t played this game on the Dreamcast, so it was nice to know I could pick it up for cheap on the iOS. Not being a fan of puzzle games myself, it’s actually saying quite a lot when I have lots of fun with one. In the game, you must guide tiny white mice to a rocket, without getting eaten by orange cats. It sounds really easy, but the game soon turns into a crazy, frantic game in later levels. With multiple modes such as the average arcade-like mode and multiplayer versus, it is definitely worth your time and money. 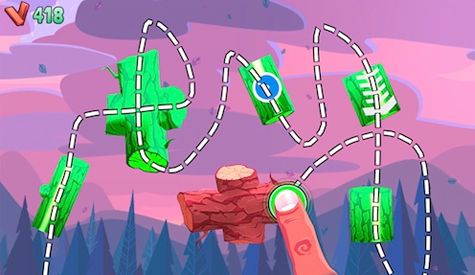 Alex Riggen: Take the idea fruit slashing gameplay of Fruit Ninja, add in a plot where you are a lumberjack seeking revenge on trees that killed your grandmother and through in some bullet-time and you’ll get a rough idea of what Jack Lumber is about. The characters and story are well written and often quite funny but it’s the gameplay that really shines on touchscreen devices. No onscreen joysticks or buttons here as you slow down time with a touch and then trace a single line that cuts all the logs before the timer runs out. It’s easy to pick up and play and unlike Fruit Ninja the game adds some depth as you get further with logs that can only be cut certain ways and other obstacles. Unfortunately, the game apparently didn’t do so well for Sega or the developer, which just shows how hard it’s getting to make a successful original mobile game. 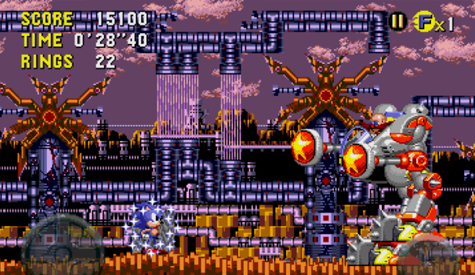 Josh Newey: Sonic’s beginnings on the iOS and Android platforms were truly some dark times. While a bevy of the greatest Genesis/Mega Drive classics made their way to Apple and Android devices everywhere, just about all of them were rendered nearly unplayable due to the awkward and unadapted virtual controls. Playing as the fastest thing alive had suddenly transformed into a laborious, clunky chore.

When the much-hyped Sonic CD port hit mobile devices, all that changed. Developed from scratch using independent developer Christian Whitehead’s “Retro Engine,” this version of the game boasted a completely overhauled control scheme that worked quite competently with handheld devices, offered up glossy, vibrant visuals that popped in a way that no Genesis/Mega Drive port could, and even allowed for improvements to the game like the addition of Tails as an unlockable character. While I maintain that Sonic CD as a standalone game is ridiculously overrated (don’t look at me like that–you know it is), this sterling port of the lesser-played platformer is hands-down the best way to experience a classic Sonic sidescroller on your phone. 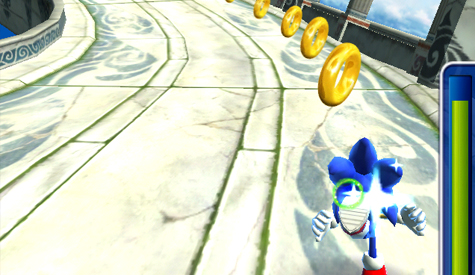 Scott Morrison: Sonic Dash is the best free to play Sega game you can probably get right now for iOS. I spent a good bit of time on it with my recent review, and can say that I didn’t mind paying the $2 for it initially. Sonic fits perfectly into the autorunner genre. The ability to use rings as a life force lends itself nicely to the formula with badniks blocking your path, while you also avoid pit falls, spikes, and other obstacles. Swiping on the screen in 4 different directions to perform tricks over the larger gaps is a nice way to mix things up, so that you aren’t simply swiping from left to right for the entire game. The graphics are also very impressive for a mobile game, and feel almost like they fit in Sonic Generations. Overall, Sonic Dash is very addictive due to its simplicity and beautiful aesthetics. 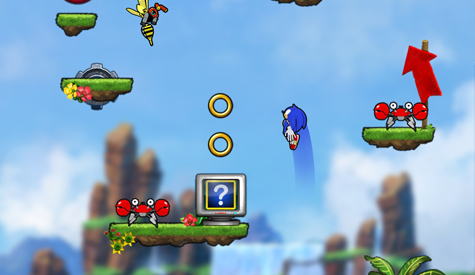 Caleb Cleveland: Basically, this is Doodle Jump on crack, but with a true goal; reach the top of the level, of course. When I first saw gameplay for Sonic Jump, I wasn’t convinced. I thought it was going to be some lazy game to chip-in on this iOS fad, but I was surprisingly addicted for a short while when first playing it. If you enjoyed Doodle Jump, then you’ll most likely love this game. Adding more abilities and unlockables than the common platform jumper, it’ll keep you busy while you’re waiting in the doctor’s office. 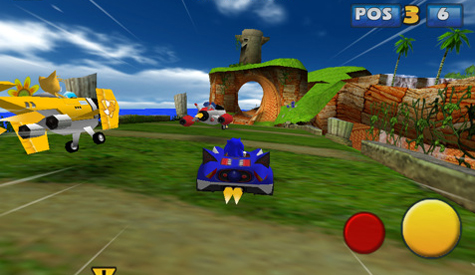 Caleb Cleveland: It usually seems like a horrible idea set for disaster when you port a console game to the iOS, but man was I wrong with Sonic & Sega All-Stars Racing. This game is basically a perfect port of the original but with gimmicky tilting controls. Although it has less superior graphics, it surprisingly has many of the modes intact, such as mission mode. There is the exception of a few characters missing, but if you’re a fan of the game and want a fix on-the-go, definitely pick this game up! 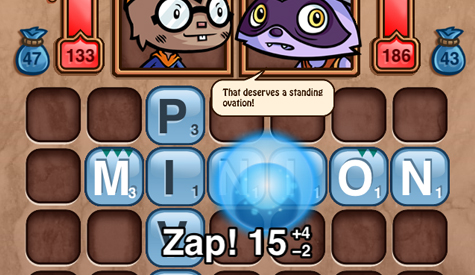 Alex Riggen: In a nutshell, Spellwood is to Scrabble what Puzzle Quest is to Bejeweled. It takes the popular and well-known word board game and adds some RPG elements to make something somewhat unique and fun to play on your own. Adding levels, equipment, hit points and other items to the popular formula, Spellwood is pretty addicting as your character makes their way through a Hogwarts style university and becomes a Spellwood master. If you like spelling things but have grown tired of Scrabble and Words with Friends then give Spellwood a try. It may re-kindle your love for the genre. 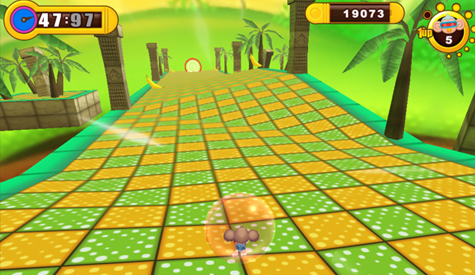 Josh Newey: Yeah, yeah, yeah. I know. Monkey Ball is EVERYWHERE. Sega has brought at least one of these games to just about every console imaginable since its debut on the Gamecube. But even those of you who are completely burnt out on this cutesy albeit challenging franchise really ought to give the mobile version a shot. While so many modern mobile titles have been obsessing over tilt controls like it’s the new hotness, the Monkey Ball series has been working with that scheme for generations now. After years of difficult maneuvering with a controller, these new mobile platforms allow players to balance their Monkey Ball with much more precision, making even the hardest puzzles far more intuitive and enjoyable than their console counterparts. That’s right–Monkey Ball 2 on iOS is better than the console versions. Come at me bro. 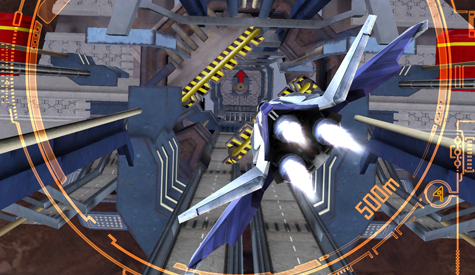 Josh Newey: Sonic Dash may be Sega’s most recognizable foray into the autorunner genre, but it certainly isn’t their first. Zaxxon Escape drops you into the cockpit of a space-age fighter ship, speeding down lengthy, twisting corridors as you turn corners, collect power-ups, and dodge walls and obstacles. A little more challenging than Sonic Dash, the game relies heavily on tilt controls–a control scheme I usually abhor. Oddly enough, I found myself acclimating to them quickly in this case, largely because they’re so pinpoint-accurate. As corny as it sounds, hugging corners and dodging obstacles in this game really does mimic the feeling of flying a speeding ship surprisingly well (if only the iOS After Burner Climax port felt this smooth…). Zaxxon Escape isn’t groundbreaking by any stretch of the imagination, but as a forgotten entry in the over-crowded autorunning parade, it deserves a little more attention than it gets.