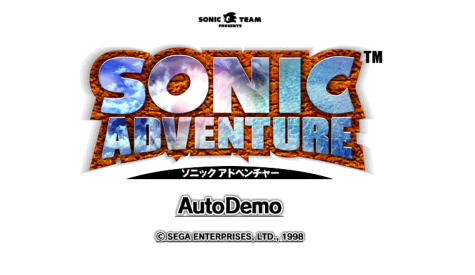 Buckle up, ladies and gents. Things are potentially about to get very interesting. Sonic Retro users Orengefox and Jen have acquired two discs containing early prototypes of the Japanese versions of Sonic Adventure and Sonic Adventure 2 for the Dreamcast.

The SA1 disc is a simple AutoDemo and the SA2 disc seems to be a Japanese press copy, and is standard fare aside from constant mentions of Shadow’s original name, Terios, in the file list.

While neither seems like much on the surface, both have enormous amounts of potential for looks into the development of both games. The SA1 disc has already provided unused textures and WIPs of various stage musics, as well as having a ton of differences from the final release, as it’s one of the very earliest demoed builds.

Neither game has aged very well, but they’re still landmark games for Sega, and any look into the development of these two is cause for being excited. Is anyone else as hyped as me for whatever else might come from this find? Tell us in the comments.