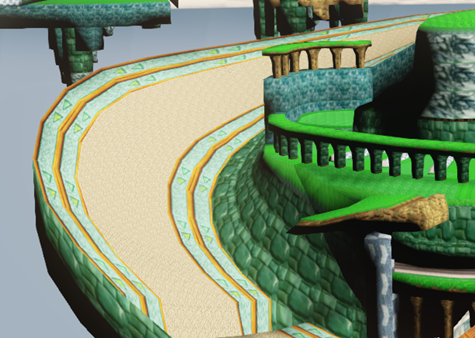 Shit just got real y’all. Last night, we reported on Sonic Retro getting their hacky little hands on a 1998 AutoDemo of Sonic Adventure, one of the very earliest builds shown to the general public at Japanese game shows.

Already we’ve seen some amazing stuff come from this find, such as soundtrack WIPs, early cutscenes and levels, and a couple of test levels which imply there were some very very different gameplay mechanics that didn’t make it to the final game. However, there was one thing many Sonic fans thought we’d never see again included in the disc as well: The original Windy Valley.

Long thought to be lost to history, the original form of the game’s famous second level was found late last night by hacker darkspines35. While nothing has been made playable yet, and getting the level to its former glory is going to take quite a bit of time, the geniuses at Retro are already hard at work, with amazing progress already being made, as seen in the screenshot above.

This is one of the coolest things I’ve had the chance to see the Sonic community unearth, and it feels like we’ve found a Hidden Palace Zone for a new generation almost. I’m really looking forward to having to chance to play it when, not if, the hacking community makes it possible.

Join the beta for Samurai & Dragons

The Dream(pod)cast Episode 2: Sonic vs. A Wet Dude