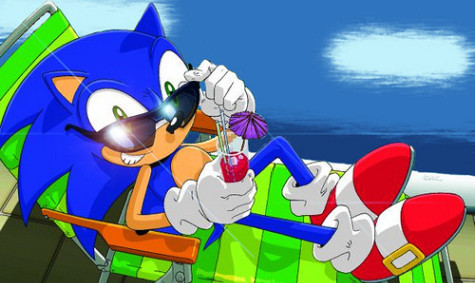 Here we are once again: trapped in the middle of yet another sweltering summer. While so many of us associate these months with freshly cut grass, scalding sunburns and gallons of bug spray, savvy gamers like yours truly know exactly how to enjoy the myriad sights and sounds of these brutal dog days—all without subjecting ourselves to that pesky nuisance commonly referred to as “fresh air.”

As any Sonic fan knows, several of blue blur’s adventures kick off with cheery, sun-soaked zones characterized by lush fields of grass, peaceful oceans, and impossibly jovial music. In fact, this trend spans almost the entirety of the franchise, reaching from Sonic’s very first moments on the Genesis/Mega Drive, all the way up to recent entries like Sonic Generations.

So then, what better way to celebrate this sweat-soaked season than with revisiting these sun-kissed moments of Sonic goodness? Just sit back, kick on the ol’ air conditioner (provided that yours has a kick-start function), grab yourself a frosty ice pop, and hit the jump to see Sonic’s most summer-ific beginning stages. Yes, I made that word up. 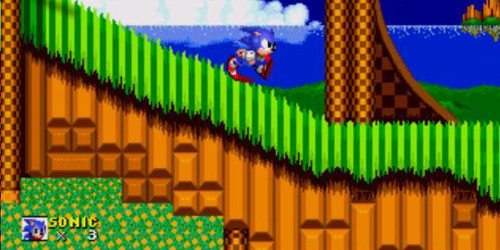 Ahh, a true classic. Sure, it all really began with Sonic the Hedgehog’s Green Hill Zone, but let’s not kid ourselves—Emerald Hill stands head and shoulders above its predecessor. Of course there were obvious technical advancements from one game to the next, but even beyond that, the Emerald Hill Zone’s greens and blues are eye-poppingly pretty, even by today’s HD standards. The scenery is also far less angular than in Green Hill, making a leisurely excursion through its verdant hills and loop-de-loops a hell of a lot more inviting.

There’s no doubt in my mind that I’ve played the first zone of Emerald Hill more than any stage in any game I’ve ever laid my hands on, and I’m certain that a significant reason for that is its beautiful, lighthearted scenery and tone. Hell, even your enemies seem overjoyed to be prancing around this waterfall-strewn safe haven. Robotnik himself couldn’t harsh this mellow. 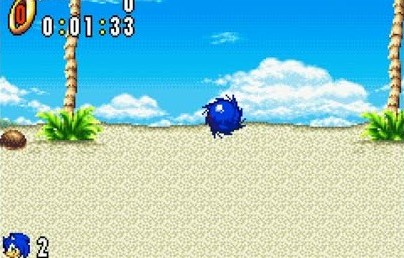 Carrying the torch of several other 2D Sonic classics, the lazily-titled Neo Green Hill Zone once again introduces gamers to the kind of paradise that would have Bob Ross drooling a river. But unlike Sonic 2, Sonic Advance goes whole hog on the summer theme, dropping players onto a sandy beach complete with sun umbrellas, boardwalks, and of course, robot crabs.

Even better, Sonic Advance also allows players to start the game with Knuckles, Tails, or Amy. If the gang’s all here it would only make sense for them to kick off with a rousing game of beach volleyball.

I nominate Cream the Rabbit to be the ball. 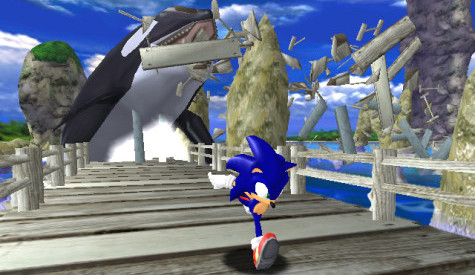 Neo Green Hill may have brought in a breezy beach theme to kick off the zone, but Emerald Coast pulls out all the stops in creating that relaxed, tropical feel—that is if you consider pissing off a two-ton whale to be relaxing. In spite of this, I think I’d go as far as saying that Emerald Coast is hands down the most summery that a Sonic game has ever been.

From perfectly choreographed dolphins catching the glint of the sun, to the relentlessly chirpy tropical music (are those steel drums?), Emerald Coast takes everything you love about a serene trip to the beach and puts it into a 3D Sonic world. Of course, that serenity is doomed to be sapped away by Sonic Adventures‘ unavoidable glitches. But hey…um…summers have bugs too… get it? 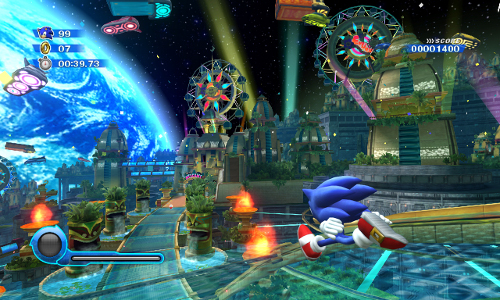 The opening stage of Sonic Colors brings us to yet another summertime staple—amusement parks. But unlike Disney Land or Six Flags, this tropical attraction is a freakin’ PLANET. Imagine: wall-to-wall rides, as far as the eye can see. Even better, Sonic seems to be the only one there, so no waiting in lines. Sadly, I seriously doubt that Robotnik can finagle the rights to superheroes, so of course that Superman ride you love so much won’t be at the party.

But I don’t care how old or mature and snobby you are—if you’re a human being on planet Earth (or planet Wisp, for that matter) you have definitely fantasized about how cool it would be to have a theme park all to yourself. I mean Tails is there, but I imagine it would be pretty easy to lose him at the souvenir shop.

Sonic & Knuckles – Mushroom Hill Zone: Sonic makes his very own “One Picture a Day for a Year” video 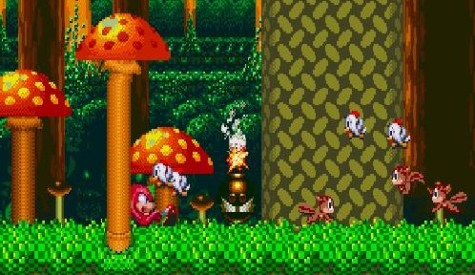 Not only does Mushroom Hill Zone reference the summer months—it traverses an entire year. I don’t know if that means Sonic is so fast that he can alter the passage of time itself, or if Sonic Team just decided to make a poignant comment about fleeting youth.

What I do know is that the summer portion of this stage is captured beautifully, from the constant robot-insect enemies to the overgrown woodland environment, to freakishly huge, probably poisonous mushrooms that Sonic and Knuckles carelessly use without a second thought. Come to think of it, has anyone ever considered that this constantly changing environment is actually just a terrifying hallucination brought on by all the acidic poisons smeared all over our heroes’ shoes? That’s right, mind blown. 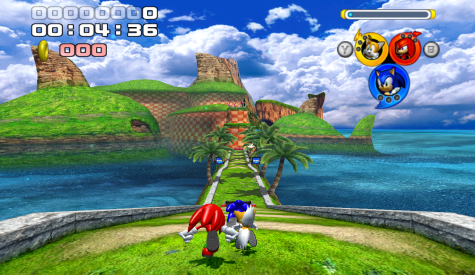 The summer days aren’t all fun and games. Of course, most of the zones mentioned on this list are full of lovely landscapes and invoke memories of beach balls and demure sounds of a gentle ocean’s tide. But on the other side of the spectrum, the first stage of the hellish Sonic Heroes conjures up memories of quarreling family members, beached jellyfish, and tsunamis.

If you couldn’t tell, I can’t stand this game.

That said, even I can’t deny that Seaside Hill does a fine job with the summer aesthetic. It falls in line with many other stages mentioned on this list, adding in some attractive stone sculptures, some high-speed summer driving, and a lot more marine life to the summer-ific mix. But more than anything, this is the only game on the list that brings all of Sonic’s friends to the beach at once. And what captures the summer spirit more than suffering the slings and arrows of a hot, overcrowded beach, accompanied by your annoying, moody friends?

While there are plenty of games that do a fine job of referencing the easy-going summer aesthetic, I’d argue that few do it as well as good ol’ Sonic the Hedgehog. Of course, the actual summer season has no substitute but once you’re tired of dealing with the many headaches that come part and parcel with the treacherous beast that lies outside your front door, just come back inside, grab yourself a cold drink, and pop in Sonic 2. You’ll be glad you did.

The Sega Addicts 10 Games with Similarities to Jet Set Radio