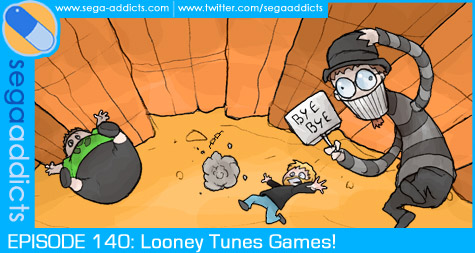 We will be recording our 140th episode next Thursday and that means that we’re looking for some great listener questions and comments! The topic of discussion is one that is near-and-dear to my heart as we will be talking about the variety of Looney Tunes licensed games that have appeared on Sega consoles. I’ve been a huge fan of Bugs Bunny and his friends since I was knee-high to a grasshopper and luckily there were some pretty decent games (but not all) created over the generations.

So, if you have some questions, comments or memories regarding Looney Tunes games or anything else Sega related please post them below!