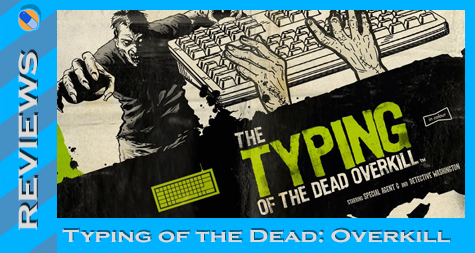 I first want to say that I’m going to stray from reviewing the actual game of House of the Dead: Overkill and go under the assumption that most of our readers have played it in some shape or form whether it be on the Wii, PS3, or iPhone. But I do want to completely agree with Josh, in that Candy Stryper is a horrible character, and possibly the most annoying sidekick in all of media since Scrappy Doo. That aside, let’s talk about some lethal keyboard killing. 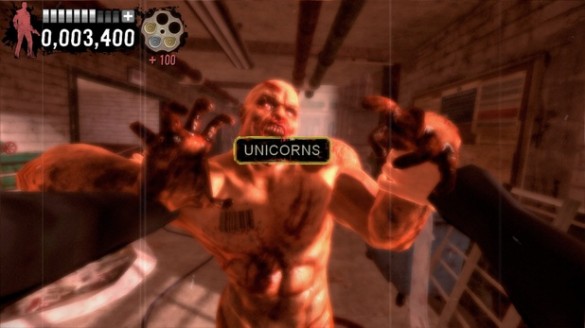 Fans have demanded a sequel to Typing of the Dead for years, and with good reason. Never has there been such an entertaining and arguably educational game as The Typing of the Dead. The majority of the entertainment in Typing of the Dead: Overkill comes from the random phrases and word combinations that pop up on the screen ranging from such gems as, “metallic badger,” or, “retractable beard.” What I noticed immediately in Overkill was some of the current cultural references outside of internet memes with phrases such as, “Turkish bath salts,” and also, “Thanks Obama.” It makes me wonder what ridiculous words and topics will be added with the announced downloadable content, which will include additional dictionaries.

Using the keyboard as your weapon makes Overkill a slightly easier game than it’s original form in some aspects. Bonus items such as the “Slow-Mo-Fo,” (bullet time), extra cash, and health are obtained by simply hitting the Tab key. I quickly found myself rapidly hitting Tab any time I entered a new area to blindly grab any helping items. 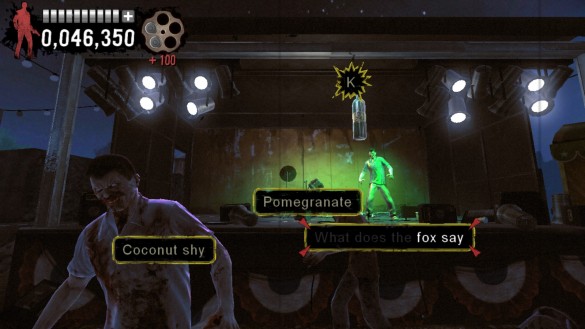 For the most part, the game is fairly simple to play through on the normal difficulty, aside from one boss where I was forced to type acronyms including “FML, OMG, or BBL.” For myself, I only ever use acronyms such as these on a cell phone rather than with my computer keyboard, so it seemed challenging to suddenly use all of those in rapid-fire succession. That aside, the final boss was amazing, because it required you to simply type anything. You could literally type any words or just mash the keyboard, or even hold down one key for the entire battle. Without thinking, I began typing a story in hopes of seeing my words at the end, but was not treated to such a display. Regardless, it was still a hilarious and rewarding final boss. 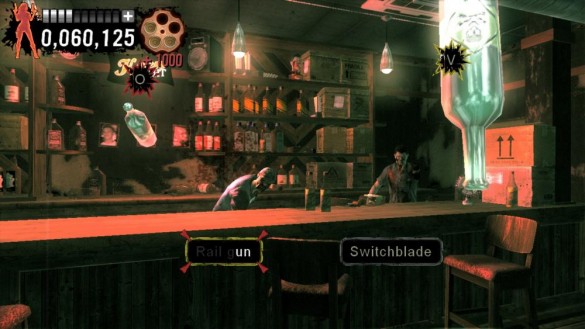 After completing the game once, you unlock “Hardcore Mode.” When turning on this mode, the words you type will change if you hit a wrong key, or forget to hit the space bar. I should mention that without Hardcore Mode on, you do not need to use the space bar, so this sudden addition definitely makes for a challenge. I can’t say that I noticed a huge difference between the three difficulty levels, aside from the time given to type each word. 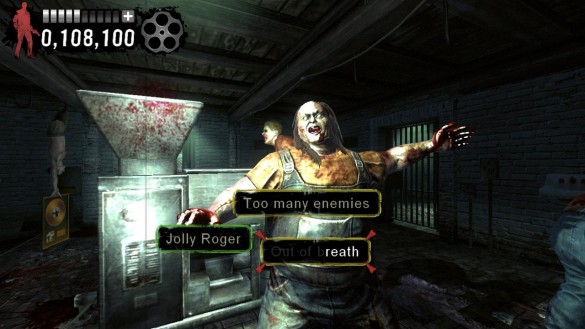 There are not any specific exercises to improve your typing skills outside of the game’s story mode, but there are a few mini-games, which I found to be enjoyable.  “Victim Support” involves saving civilians in your designated color as zombies invade a small area. This game made no sense to me at first when every civilian was wearing the same color. After playing it once or twice I realized that this mini-game is more suited as a 2-player game when each person has certain civilians to save. Unfortunately, multiplayer is not included yet, as Sega has said that there will be free DLC to unlock this in the near future.

The second mini-game, “Stayin’ Alive,” is a survival mode where you kill as many zombies as you can until the timer hits zero. This mini-game gets rather intense, and I found that when the zombies began running towards me instead of walking that I was typing faster than I ever have in my life, but felt incredibly accomplished at the end.

The final mini-game, “Money Shot,” is a carnival shooting gallery. This mode involves the player typing only individual letters, and is by far the most difficult of the mini-games. 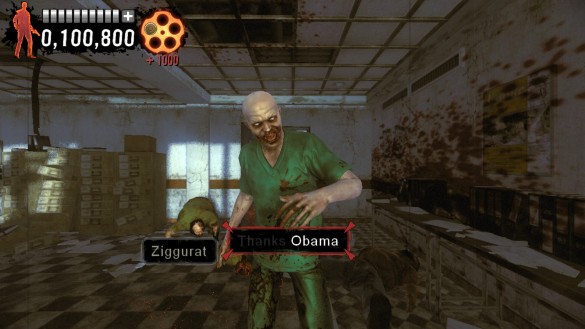 So how does Typing of the Dead: Overkill stack up against its “prequel?” For starters, I noticed immediately when playing Overkill that it is not as unintentionally hilarious as its predecessor. Typing of the Dead was funny because the setting and characters acted serious, and then suddenly instead of carrying guns they were carrying keyboards with Dreamcast consoles strapped to their backs and typing essays about summer camp. Overkill is already obnoxiously hilarious with its grindhouse story and stereotypical characters, so the humor is over the top before you type your first, “elephant disco,” or, “hybrid frying pan.”

This is not necessarily a bad thing, but it does take away a large amount of charm in my opinion. When innuendo jumped on the screen in the original Typing of the Dead it was laughably inappropriate for a game seen by the public in arcades, but with Overkill it’s hard to be laughably inappropriate in a game where one of the main characters drops F-bombs enough times to put the game in the Guinness Book of World Records. 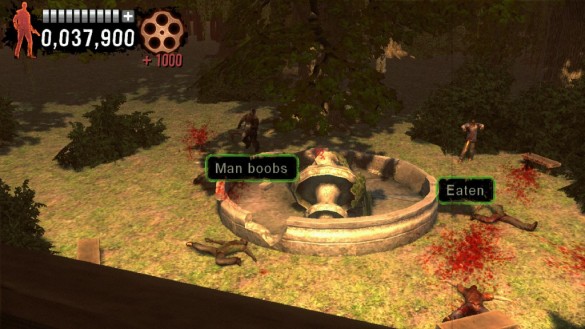 The boss battles also lack creativity, which I will admit I was expecting more from. The first TOTD had you answering questions, typing essays, or typing entire titles of Sega games. Overkill’s bosses are usually filled with a larger set of words to choose from, or individual letters to type quickly. The only unique bosses are the ones I mentioned prior with acronyms and non-stop typing of gibberish.

Depending on the impact multiplayer has, I may add to this review later if I see fit. For the moment though, I’m going to continue testing my typing speed, and maybe even take another whack at the original Overkill game, as the entire game is included with controller or mouse-support.

All of that in mind, I don’t want to put off the wrong impression. Typing of the Dead: Overkill is a fun game, but not as much fun as its predecessor. I do anxiously await the multiplayer DLC, so that my roommate and I can yell nonsensical phrases at the screen in hopes of saving mankind from horrible freaks of nature. 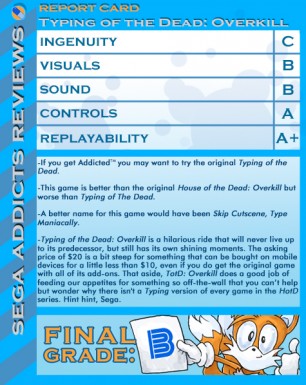 All I want for Christmas is the Dreamcast 2: Part 2