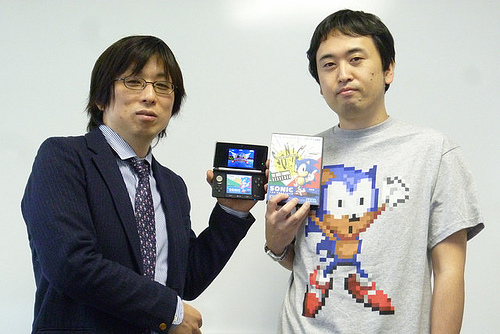 Back when the Nintendo Wii came out, tons of awesome Genesis/Megadrive games were ported to the systems Virtual Console. And they were little more than that: ports. Now with the eShop on Nintendo’s 3DS, many titles are getting revisited from Sega’s arcade and Gamegear library. However, the company M2 decided to tackle a different console and bring the beloved Sonic the Hedgehog to the 3DS with full 3D support. Hit the (spring) jump to hear just how much of a challenge this was for the company.

Sega’s Blog has been doing some very enjoyable and informative interviews lately regarding Sega’s involvement with the 3DS, and most recently they sat down with Naoki Horii, President of M2, and Yosuke Okunari, producer at Sega CS3 to talk about their choice and the process of bringing Sonic the Hedgehog to 3DS.

The first struggle that the team encountered was the fact that Sonic was a 2D game they wanted to turn into 3D. Their previously released games, 3D Super Hang-On, and 3D Space Harrier, were already in 3D initially for their arcade versions. Sonic was always a 2D side-scroller, so the team had to almost entirely recreate the game from the ground up. To do this, M2 created an entirely new “virtual console,” called Gigadrive to help them move everything over to the 3DS smoothly. If I completely understood the concept, I would explain it to you dear reader, but you would probably be better off reading the explanation in the article, which I will link below. 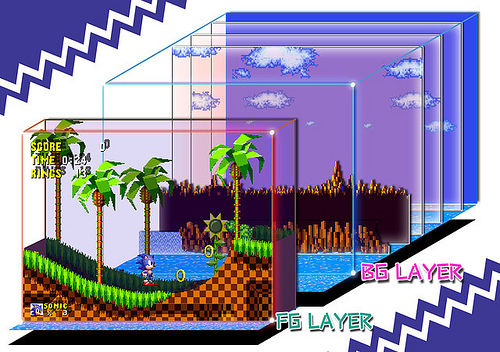 The next hurdle they encountered was the inclusion of Sonic’s classic Spin Dash, which did not appear until Sonic the Hedgehog 2. The Spin Dash was first added to Sonic the Hedgehog in the Sega Saturn compilation Sonic Jam. Knowing this, M2 referred to Sonic Jam’s programming code in hopes of learning how to incorporate the Spin Dash, but were unable to discover just how Sonic Team originally did this. To avoid frustration, M2 contacted Sonic Team and actually ended up contacting Yuji Naka himself, who was more than happy to explain the mystery behind the Spin Dash.

Between the above mentioned difficulties, and the issues with foreground and background layers, bringing Sonic the Hedgehog to the Sega 3D Classics was no easy feat. I touched on just a few interesting aspects of the interview, but definitely recommend reading the entire story at Sega’s Blog. I know I plan on grabbing the game to see just how much time and care was put into this version of Sonic’s first adventure. Who else plans on picking it up?

Is Sonic the Hedgehog destroying your relationships?

You and the Wonderful 101 will save the world in September