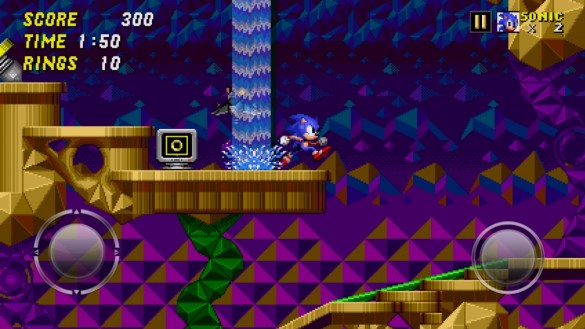 During the summer, a beefed up version of Sonic the Hedgehog was released for iOS and Android, which included improved music/sound, visuals, as well as the ability to play as Tails and Knuckles.

As of today, Sonic the Hedgehog 2 on the iOS and Android has now been updated with enhanced graphics, but the biggest addition to the game is the one and only Hidden Palace Zone. This zone was originally nixed from the game and only found through the use of the Game Genie, but even then only appeared in the stage select menu and was not actually playable but was was initially put in the game to test Super Sonic’s abilities. This update marks the first time Hidden Palace Zone is playable in Sonic 2!

The update will be free to those who already own the game, otherwise you can grab it on the iTunes and Android store now for just $2.99! Anyone get it yet?