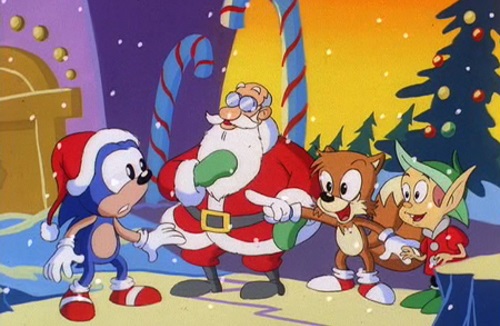 ‘Twas the night before Christmas, and all through the site,
Not an addict was stirring, at morning or night.
The consoles were placed by the TV with care,
In hopes that St. Nick would put something in there;
The writers were nestled all snug in their beds,
While visions of Sega danc’d in their heads.

But me with the laptop, perched up in my lap,
Was doing some writing, before a sweet nap.
Yes! Writing a post! A new Christmas feature,
In hopes to find memories, of writers and speakers.

The games and the gifts, relating to Sega,
Are written down here, for readers to savour.
So go hit the jump, to see what we know,
Of our Christmases past, (The ones that don’t blow).

Anthony Pershkin:
The only important Sega related Christmas experience I’ve had (or just the one I can remember) is getting the Sega Mega Drive 2 as a gift. Technically it was more of a New Year’s Eve experience, since Christmas is kind of a secondary holiday in Russia, but oh well…it doesn’t really matter, I guess.

Sega Mega Drive 2 was my second video game console ever and probably my favorite while growing up. Perhaps simply because it was much easier to find games for it back in the day than for NES. I got the console pretty late in its life cycle, so pretty much the entire Mega Drive library was available to me. But the games I got with the console were not that great. I’m talking about stuff like Spider-Man and Venom: Separation Anxiety, Rambo 3 and Asterix and the Power of the Gods.

Although, Rambo 3 was pretty sweet. I used to pretend it was a Metal Gear game, since it looked a lot like one. Many years later and I still think that a MGS game starring Rambo as Snake would be amazing.

Despite not getting any of Sega’s instant classics at the start, I was still really grateful for the gift. I remember just sitting in the room and staring at my shiny new Mega Drive 2. It looked so cool! I want to thank my Mom for always supporting my love for video games throughout the years. I hope she knew how much it meant to me. I’m pretty sure she knew.
When you will get your brand new Playstation 4 this Christmas, just remember that all the video games in the world can wait. Instead, you should spend some time with the people who care enough for you to support your silly hobbies. Merry Christmas! 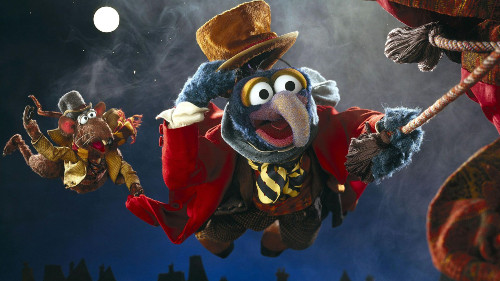 When in doubt, use stills from The Muppet Christmas Carol.

Harry Nezumi:
Corpulent on festive charm that Christmas NiGHTS into Dreams is, I need to rewind a few years to the Mega CD for my fondest seasonal Sega time. It’s probably hard to get across to younger Sega fans just how exciting the Mega CD was – it had a ‘mode 7’ feature beautifully demonstrated by Sonic CD’s bonus stage, had moved away from cartridges to embrace all 700MB of THE CD FUTURE™, led the charge on Full Motion Video and could even find a home in the living room, filling the house with the ‘sounds’ of Wet, Wet, Wet or Simply Red. ‘Game Over’ I thought, this would be all anyone needed to see in the Millennium.

That Christmas my Mega CD arrived with but two games, Road Avenger and Sonic CD. The former I dispatched quickly to the shelves, it turns out THE FUTURE™ was more tarnished, less replayable, than I thought. Sonic’s candy-sparkling world, crazed colour clash, fluidity and sheer life, however, restored my faith in the system. The soundtrack to that holiday period will forever involve ‘toot-toot’s as I stayed awake long into the night, traveling through time, battling metallic dopplegangers and exploring the unexpected depth of Sonic’s neon world. A wonderful care-free time on a much maligned system. Only Sega could balance such bounty with parsimony, genius is always more precious when it’s flawed. 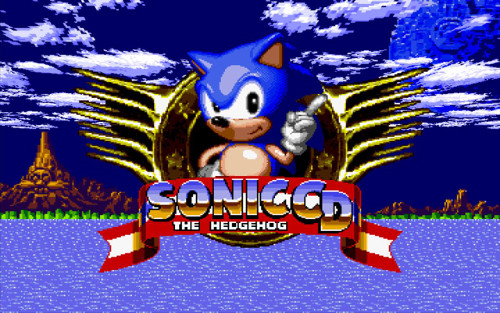 Alex Delia:
Sega was always a big thing at Christmas in my household for me. I remember one year I got a Genesis that came with Sonic 2 and a few other games. And then the next year I feel like I hit the mother load (in my opinion) when I got a Sega CD and 32X, along with a lot of different games including Sonic CD and Night Trap for the Sega CD, and a lot of games for 32X including Doom, Star Wars Arcade, and Metalhead.

The Genesis was my first system since the NES and really reinvigorated my love and appreciation for games. Sega just seemed to have faster paced productions, even though I’m sure the systems were slightly inferior technologically to the SNES.

To this day, I still feel guilty that my parents dropped some serious coin on these platforms that dropped to well below $100 within a few months. 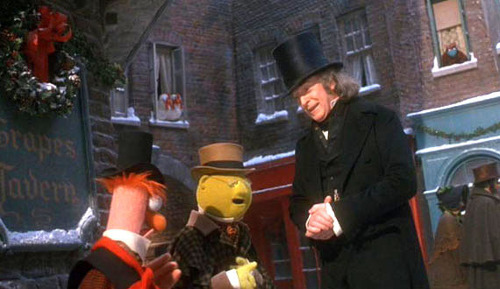 Scotty Morrison:
Christmas NiGHTS into Dreams is always going to be that one thing that reminds me of Christmas no matter when I play it, or what’s going on around me at the time. The best part about playing Christmas NiGHTS is that it has a simple story line, which in turn reminds me of the simpler times of 1995, when all I had to worry about was writing that one last lame book report before going home and sitting in front of the TV for hours of vegetation on Christmas break.

Being an adult is lame. You have bills, a job, and less time to play video games. Every time I sit down with Christmas NiGHTS though, its charm lets me feel like a kid in the 90’s again. The game is so disgustingly happy, that I can’t help but smile to this day while playing it, which is why I take a moment every year to sit down and play through the entire thing, atleast until I unlock Sonic the Hedgehog into Dreams. It’s not like I need an excuse to turn my Saturn on, but this game usually ends up snowballing (see what I did there?) into a late night Saturn fest as well. So really, Christmas NiGHTS is the best thing to experience this time of year. You should try it too!

(If you would like to hear more from a festive Scotty, check out his sweet top 10 article here!) 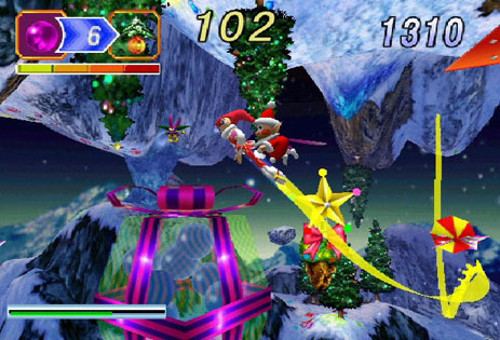 Well believe it or not… Vanquish. Yes there’s been some small Sega tokens throughout the years but what sticks with me is a recent memory. You know when you play a game in a certain surrounding and it just ends up encompassing that event for you? Well in this example Christmas was the event, and Vanquish was the game. I got that cool looking holographic cover and spent nearly all Christmas playing it in the background. Because of this I associate one of my Christmases with awesome music, sliding, and fast as hell action. And really, what more is Christmas about? 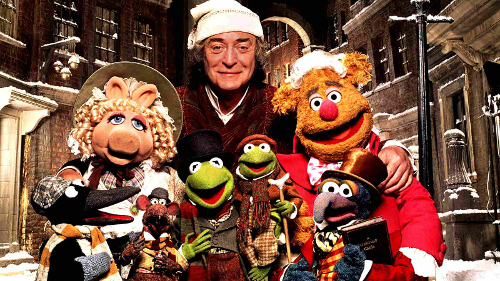 Family. Obviously. Yes videogames are great but I have to agree with Anthony’s touching point from earlier. Play videogames, be happy, but most of all, have a wonderful time with your family and friends. So by all means, let me know what your memories of Sega/Christmas are in the comments. But above all have a great day.

I wish all you readers a genuine Merry Christmas from the bottom of my heart.

Crush 3D is getting a demo in Europe this Thursday