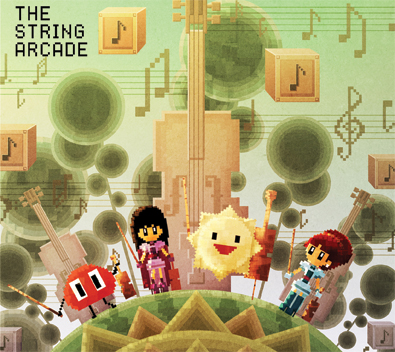 Growing up, I learned pretty much every musical instrument I could get my hands on. Everything from violin, piano, guitar, basic percussion, and clarinet; nothing was really in the range of music I didn’t love. Except for brass because my parents would have murdered me if I brought a trumpet home. I didn’t really find myself in love with an instrument until I was introduced to the upright bass, and consequently, chamber music. Fast forward 3 years, and I found myself playing Tchaikovsky’s Symphony No. 5 with the Lehigh University Philharmonic Orchestra, which is still one of my favorite life memories. These years invigorated my interest in music composition, and also introduced me to a little program called GarageBand on the Mac.

When Apple released GarageBand and plugin pack, Symphonic Orchestra, every wannabe composer who has even tangentially heard of OC Remix tried their hand at classical compositions of video game themes. I would know, I was one of those sad saps. Not that there’s anything wrong with this. Everyone needs to get their feet wet somehow. Unfortunately, the remixing feeds became loaded with composers, once again – like me, who had not a clue how to properly arrange and compose. It is with these expectations, I walked into reviewing The String Arcade album by Dren McDonald – a chamber music compilation of video game themes.

I can safely say my expectations were completely destroyed.

So, if you see a video game cover album and had your expectations set where mine were, where should you exactly adjust them to? The String Arcade has more in common with an actual chamber music album than remix album. If you’ve bought some of OC Remix’s wonderful collaborative works, this isn’t that. When listening, you have a clear idea each song is logically placed to be part of a greater work instead of simply a remix to be reviewed on a track by track basis. For you classical nerds out there, if I had to draw a direct comparison, think of Arcangelo Corelli’s Twelve concerti grossi. If you are planning on purchasing The String Arcade, I would absolutely recommend listening to it as an activity, instead of a background to another task.

And what if you’re not a classical music nerd and the words concerti grossi made you check out of this review early? What if you’re only reading this to find out if the album did justice to Sonic the Hedgehog? In that case, this might not be exactly what you’re looking for. The album contains only a handful of Sega themed tracks, and one of them is Altered Beast. This is kinda like telling me you just bought a delicious pizza, but we put one slice with mackerel on it. I’m sure it appeals to someone, and it’s not like it’s actively hurting me since the pizza is really freakin’ good, but seriously? Mackerel? It’s not even that the Altered Beast track is a bad track; it’s actually one of my favorites on the entire album. It just seems really out of place. The second track is a very inspired performance of Echo the Dolphin, and track five is a brilliant Sonic the Hedgehog 2 arrangement, I just wish that third Sega slot could have gone to something like Phantasy Star or Shining Force. My preferences aside, Altered Beast still works as a part of the greater work.

Before I give my final word on this album, I would like to add that, like really great chamber music, there is an element of fun in the performance that separates good recordings from great ones; and make no mistake, this is one of the best recordings. Every song is delivered with high energy, especially the Galaga theme. This energy is enhanced by stellar arrangement that does a good job of building on existing themes instead of just delivering them in a new format.

But all of the musical gushing aside, it’s worth noting that The String Arcade does something beyond simply deliver a great album for fans of video games. It is an inspirational work. No, I don’t think any of these tracks will change your life in some profound way, though I’m sure it can happen. The true strength is giving the youth chamber music in an approachable package. Chamber music is a genre with a massive barrier to entry, and The String Arcade merges familiarity with the classical, in a way that seems to mesh far better with genres of old. I have absolutely nothing against the youtube and OC Remix artists who bring classical instruments up to date with electronica and experimental rock, but there’s something irreplaceable about authentic classical, and I’m glad it’s still being produced in such a modern medium.

The String Arcade gets a high recommendation for fans of the genre, but it’s worth your time no matter what.

You can buy The String Arcade now on iTunes and BandCamp for $11.99. All proceeds will be donated to Alameda Music Project, a tuition-free K-5 after-school program.