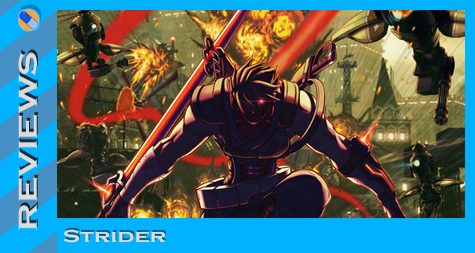 In the past few years we’ve seen a lot of old franchises being revived for the new generation of gamers. Even some of the most obscure games got a chance to shine again in a form of a direct sequel or a spiritual successor. Yet Strider strangely remained dead for more than 10 years.  Fortunately for extremely patient fans and uninitiated, Capcom finally decided to bring back the hyper fast ninja action.

With, ironically enough, also reborn studio Double Helix Games as the developer, many people were doubting the successful return of the ninja. Can Strider live up to high expectations? Spoiler: Strider goes beyond that. 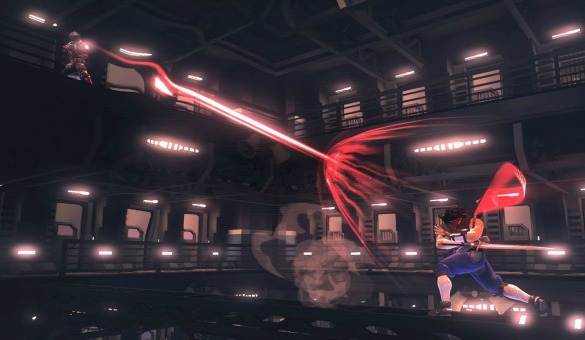 Strider takes place in an alternate dystopian future where Grandmaster Meio is doing evil things, so the best ninja of the entire clan of Striders called Hiryu must stop him. You’ve seen this story before if you didn’t play the previous games in the series. The new Strider doesn’t change anything, but rather just embraces the overall cheesiness. There are a lot of cute callbacks to the past games, but overall you don’t need to know anything about their stories to enjoy Strider. All you need to know is that you’re a badass ninja on his way to slice up some guys.

The controls are the most important element of any game, and especially an action game. Previous titles are still to this day very easy to pick up and play, and nothing is changed with the new Strider.  The game is extremely intuitive and combines very fast action with precise and never unfair platforming. You can directionally control your slices, you can stick to walls and ceiling, you can maneuver in the air by dashing. Basically you have the power to do anything possible within the game’s limits. You’re never being robbed of your arsenal of moves. And speaking of moves, Hiryu has learned a lot of new things since the last game. Strider combines the entire series’ moveset, even giving the player some of Hiryu’s fighting abilities from Marvel vs Capcom series. On top of that, you have two kinds of stances. It’s a little thing, but it really shows how much love and care was put into the game by Double Helix. 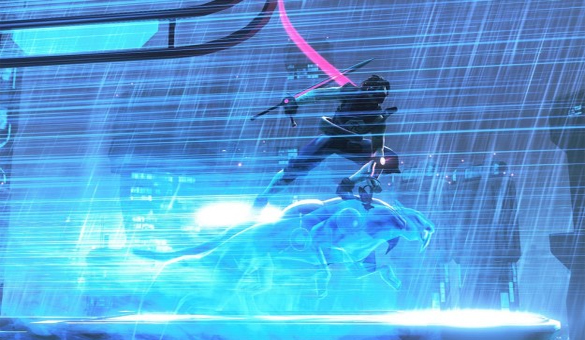 In the same way of combining the elements of old games into one, the overall structure has become a mix of Strider & Strider 2’s speedy action with more obscure Strider NES exploration expanded to the Metroidvania levels of games like Shadow Complex. Like in any good Metroid-esque game, throughout the game you get new abilities that let you access previously blocked areas. As you progress, you will get three Options: The Satellite, The Panther, The Eagle, and 4 four types of Cypher (Hiryu’s Sword). Options can work both as a progressing tool and a weapon. For example, The Eagle is both a very powerful projectile and your fast-travel animal buddy. The same applies for the Cypher types – each is both used for progressing through special doors and killing special-type enemies. Additionally, you can also boost your health and energy bar by collecting upgrades.

All the main upgrades you will be getting from the game’s wide range of impressive boss battles. You will be fighting technical one-on-one duels, as well as trying to survive more epic encounters with giant beasts. Fan favorites like Pooh sisters, Solo and Gravitron all make a return. Strider’s enemies are also not too shabby, ranging from normal soldiers to more tricky robots. 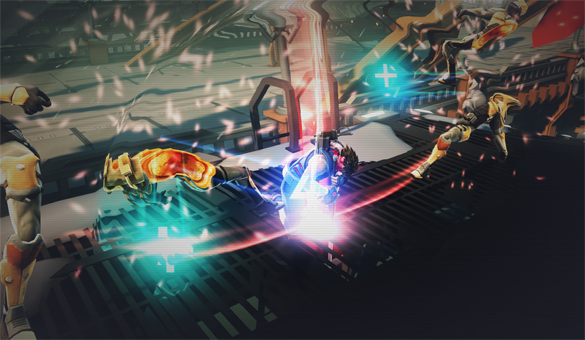 Strider also has a very unique visual style that respects the games before it, while also maintaining the identity of its own. I think my favorite thing being Hiryu’s new neon glow scarf. It’s a very nice way to update an already awesome design of the series’ protagonist, and it just looks super cool. Technically the game is perhaps not as impressive as the solid art direction, but it still looks really good in action. The PlayStation 4 version also shows some impressive lighting and particle effects, while always running at the smooth 60 frames per second. To help you get pumped for some slicing, there is also a retro-inspired soundtrack that generally gets the job done.

There’s not much negative that I can say about the game. The Normal difficulty is too easy, but it’s more of a nitpick. Still, if you’re a fan of the series or just enjoy action games in general, you should jump straight to Hard Mode. Other than that, there is sadly no New Game +, so make sure to explore every corner of the map before going to the final area. 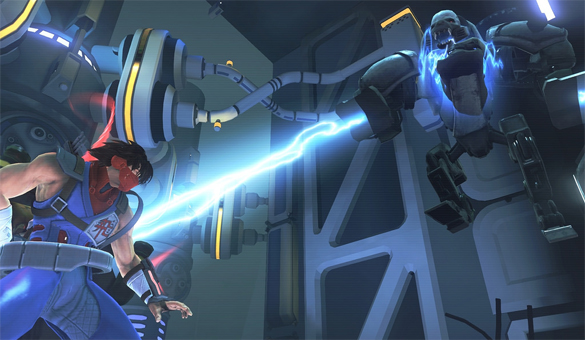 Strider is a fantastic game that doesn’t need nostalgia factor to stand strong on its own. Double Helix showed just how much they love the franchise by creating a game that might as well be the best one in the entire series yet. Priced at $14.99 and filled with a good 5-6 hours campaign and two challenge modes, Strider is a steal for how much quality is put into one simple downloadable game. 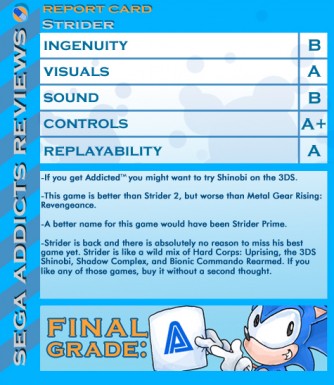 When you are done playing the Binary Domain demo, you can check out this new trailer

House of the Dead Overkill will be re-released on PS3