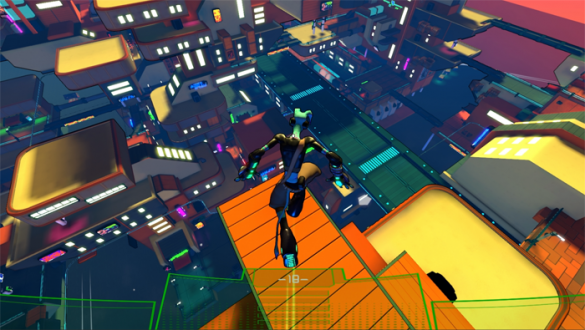 Even though it still has 20 days left in its KickStarter, Hover: Revolt of Gamers has surpassed its goal with room to run. Not only has it met its initial goal, but it has met an amazing stretch goal of having Hideki Naganuma compose the soundtrack to the game. Fans of Jet Set Radio and Jet Set Radio Future will know this name by heart, and should be clapping with glee by now. Naganuma added as much character to the Jet Set series as the cel-shading itself, if not more.

If you haven’t already, be sure to help out with the production of Hover, and maybe they will hit that mystery stretch goal!

Jet Set Radio is now free for US Playstation Plus members

Flying Hamster II cancels its Kickstarter and finds a publisher