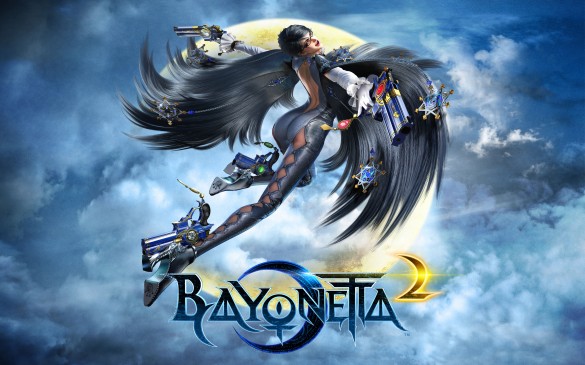 Like her or not, it’s impossible to deny that Bayonetta attracts large amounts of attention wherever she goes. With the controversy surrounding her character in the West, Bayonetta has frequently enjoyed a great deal of media attention and has led a number of players to give the series a chance out of curiosity as well as out of spite. What they found was a thrilling action game that could best be compared to the Devil May Cry series, creating a sizeable fanbase almost immediately.

It was for this reason that few reveals have thrown the gaming world into such a volatile mixture of hype and outrage as the announcement of Bayonetta 2 as a Wii U exclusive. It was a game everyone wanted, but many concerns were expressed over how the Wii U would handle it. I, for one, am surprised a simple machine can handle the raw sexual magic of Bayonetta.

Regardless, everyone’s favorite Umbra witch is back in a new action-packed god-slaying adventure, and she’s packing her characteristic charm and sass, along with a new hair style and a brand-new arsenal of demonic weapons. With the return of fan favorite characters like Luka and Jeanne and the addition of more playable characters and a fun, competitive multiplayer mode, you might even say it’s Bayo-betta. 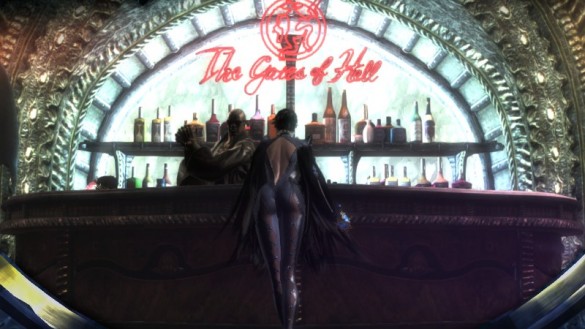 Bayonetta 2’s story poses a lot of similarities to the first installment, including fighting the forces of Heaven and a malevolent god. Yep, again. Of course, when you’re capable of slaughtering angels with ease and summoning some of the most powerful denizens of Hell, who can pose much of a challenge to you other than God himself? The forces of Hell turn on you this time around as well, so perhaps they’d fit the bill. Luckily, story’s not what we’re here for anyway. In action games of this sort, gameplay is king, so let’s get to it.

Bayonetta’s control scheme, at its core, is simple enough.

All combos are executed based on what order you choose to press which buttons. For instance, pressing YYYX yields drastically different results than pressing YYXY. Combos are also dependent on what weapon is being used, and they’re all vastly different from each other; the bow and arrow’s moves are obviously going to be different from the dual pistols’. In addition, different weapons can be equipped on the hands and feet, although some weapons can only be equipped on the hands. Players are encouraged to try out any button orders and weapon configurations they can think of to find the perfect weapon/move sets to suit their play style. With so many different combinations available, Bayonetta 2 boasts a surprisingly deep combat system. 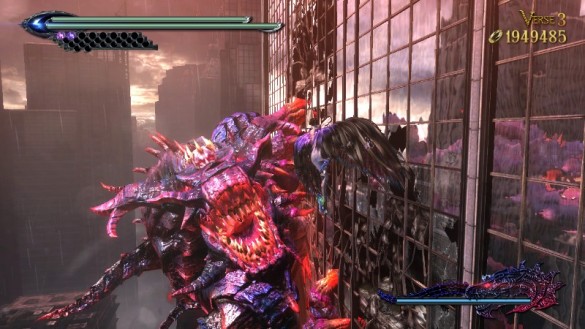 One major change to the series added in the second installment is the choice to use touch controls on the gamepad. Dodging is handled through swiping in any direction, while targeting and attacks are handled by tapping on enemies. It’s an incredibly simplistic control scheme perfect for players that can’t seem to grasp the normal control scheme but still want to enjoy the game. There’s no need to memorize combos; Bayonetta will choose her own moves and string them together on her own. Certain UI prompts can be controlled via the touch screen as well, such as the option to draw circle on the touch screen rather than spinning the control stick. Naturally, you’re not forced to use the touch screen controls and can certainly choose not to.

In addition to adding touch controls to make the game more accessible to newer, more inexperienced players, other differences from a majority of similar games make it possible to exploit certain mechanics to get better scores. As fans of the series know, lollipops can be used to replenish Bayonetta’s health and magic as well as increase her attack power or even induce a short period of invincibility. However, unlike the majority of games of this type, including the previous installment, using items does not reduce your overall score. (Or at least not that I could tell) In addition to this, although you can only buy a small number of each lollipop from The Gates of Hell, you can create as many of them as you’d like if you have the materials for it.

If, say, a player wanted to grind out the materials to do so, they could theoretically create enough invincibility-inducing lollipops to blast through an entire chapter taking no damage. Granted, they would still have to achieve platinum rankings via combo score and time it takes to complete each verse, but that’s certainly a lot easier without having to worry about taking damage. Additionally, better ranks on time could be achieved using a stash of attack-increasing lollipops. I have yet to try this method, but I will definitely be attempting this in the future. 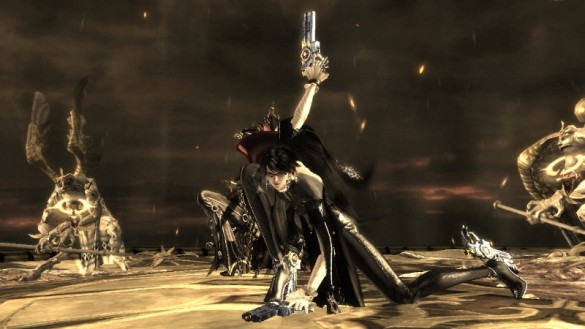 If there were any question about how enjoyable Bayonetta 2 is, let that last statement be a testament to it. I am genuinely excited at the prospect of spending countless hours grinding enough materials to make hundreds of lollipops for the sole purpose of testing an elaborate exploit method. Gluttony for punishment aside, the game in itself offers a fun, action-packed experience. Then again, it’s hard to get more satisfying than making denizens of Heaven and Hell alike cower before you with stylish displays of unreal power.

If Bayonetta’s trademark style’s got you bored, not to worry! There’s plenty of gameplay customization available through unlocking various weapons, techniques, and even characters with distinct differences that may fit better to one’s play style. For instance, Jeanne takes more precise timing to activate Witch Time, but her Wicked Weave attacks do more damage. Another character has double the attack power of Bayonetta but 1/3 the defense, making every battle a big gamble. In addition to that, there are also various accessories to be bought to aid in battle, augment Bayonetta’s powers, or aid in gathering more in-game currency. (Halos) 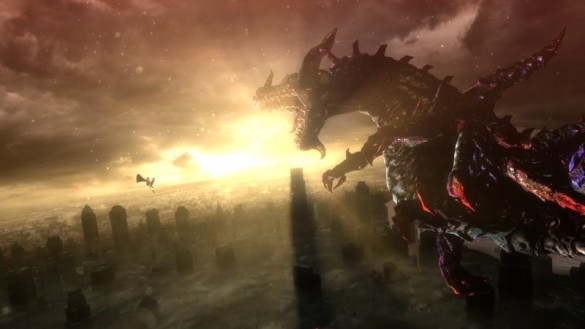 Another new feature is Tag Climax mode, a multiplayer mode that allows you to tackle various battles or “verses” that are unlocked via the single-player campaign with a friend, CPU companion, or with a random person online. Tag Climax mode boasts rewards of its own, including two additional playable characters that are unlocked by playing certain verses.

Another fantastic benefit of playing in Tag Climax mode is the opportunity to see how other people play and be inspired to try out different combos. I had the privilege of playing with some very skilled players who showed me some amazing weapon and accessory combinations I hadn’t considered before. In addition to that, Tag Climax allows you to wager Halos you already own in order to gain up to 10 times as much as you wagered. It’s the perfect mode for players having difficulty saving up enough in-game currency for that new unlockable.

All in all, I’m deeply impressed with the sheer amount of content present in Bayonetta 2 as well as how much enjoyment I’m getting out of the game after nearly 50 hours of play time. I’m actually eager to save up 9,999,999 Halos to buy the Platinum Ticket, which cues a secret boss fight that is supposed to net me the ultimate weapon set. 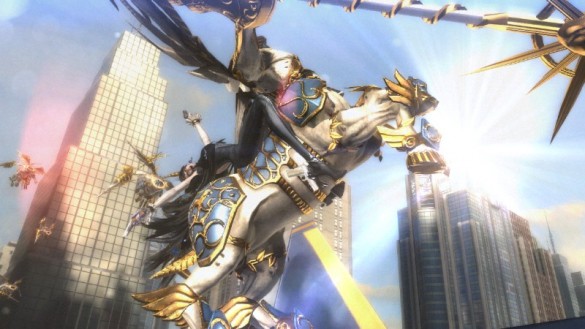 As a quick aside, the Bayonetta series has come under a lot of fire for her sensual conduct and generally sexy style. Watching certain parts of the game where the developers waved a big middle finger at those criticisms was absolutely wonderful, and even as a straight female, I legitimately enjoyed watching her antics. Someday, my dream of watching a video game character do a striptease or pole dance to Louis Armstrong’s “What A Wonderful World” will be fulfilled. That day was not today. 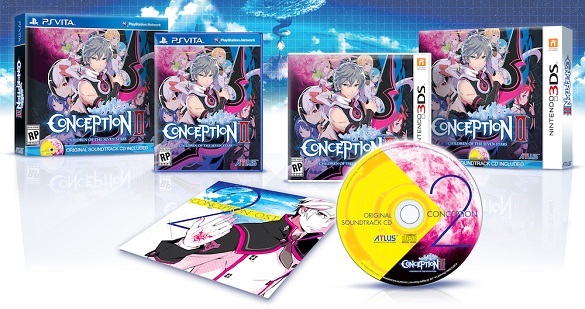