As the old saying goes, “patience is a virtue”, and not many games have tested the patience of their rabid fanbase quite like Persona 5 has. Originally starting development in 2009 not long after Persona 4‘s release, the game went through a multitude of delays, landing far far away from its now infamous Winter 2014 initial release date. Western fans suffered additional heartbreak, having to wait an 8 more months after the game’s Japanese release, and speaking from personal experience, the spoiler dodging I had to do during that time period was excruciating.

But now, there’s no more delays, no more waiting, Persona 5 is finally here, and we’re all rejoicing. Atlus is under a lot of pressure to deliver an amazing experience considering the hype, the series’ pedigree, and facing stiff competition from a revived JRPG market. Do they crack? Or do they handle it with the same swagger shown by our intrepid protagonists? 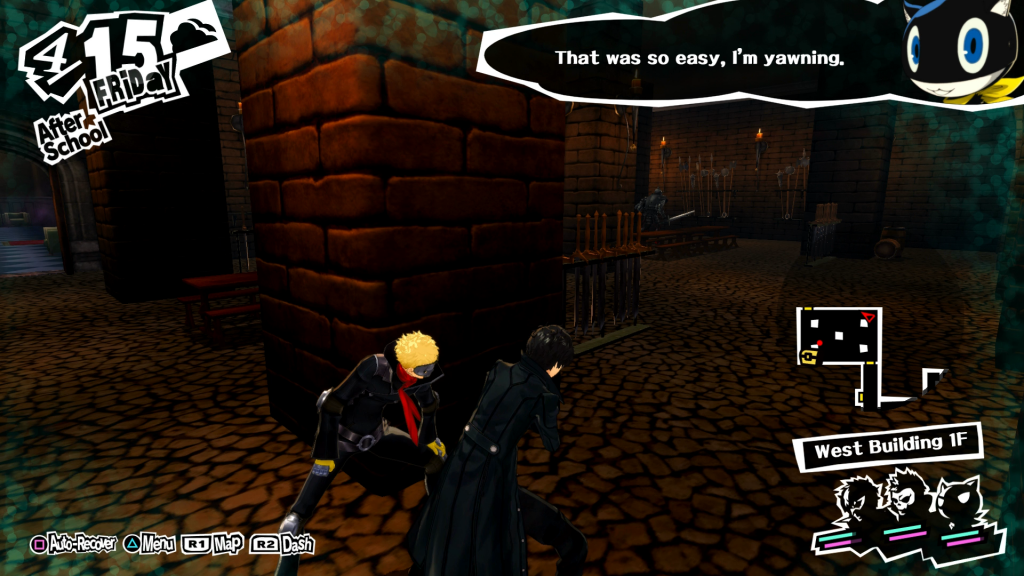 The first thing you’ll notice right off the bat is that this ain’t just Persona 4 under a red filter. Those who were wanting darker themes compared to P4‘s lighthearted mysteries will be very pleased, as the game hits some genuinely surprising topics from the jump, and it doesn’t let up. That’s not to say there’s no humor or light in the game, but you won’t feel like you’re playing an 80 hour episode of Scooby Doo this time around. The action starts off much quicker than in P4 as well, throwing you right into a mission before going into a mercifully shorter tutorial.

And it helps that the antagonists are genuinely, unforgivably scummy this time around, especially compared to P4‘s scummy but still affable villain. As you get through their palaces, getting a glimpse of how truly messed up they are, you get more of an air of satisfaction taking them down. The main cast is incredibly well done too, more than capable of filling the shoes of the series’ previous protagonists. Special mention has to go to Morgana for completely eclipsing Teddie in the fuzzy mascot department, lacking 99% of the traits that made Teddie a nuisance. 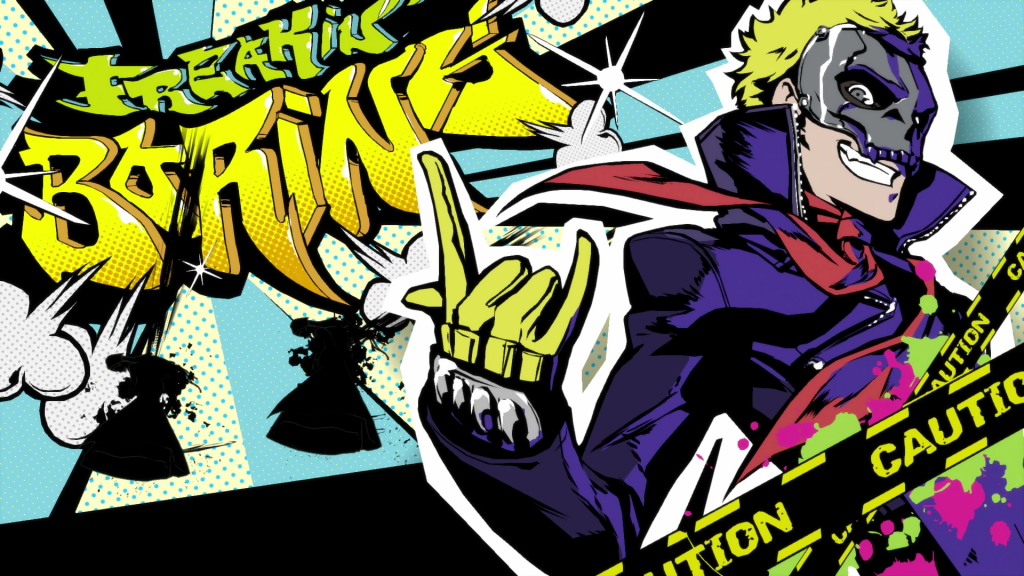 “Freakin’ boring” is the last thing you’d use to describe Persona 5.

The next thing is that Persona 5 might just be the most stylish game I’ve ever played, or at least one of top three. There’s no one thing that stands out, either; It’s the sum of its parts that really do the task. The menus, the HUD, the environments you’re in, the designs of the characters and demons, and all the color and life surrounding that all come together to form a real feast for the eyes. Mere screenshots don’t do it justice, either. You have to see P5 in motion to really appreciate how well everything fits together. There is the occasional muddy background or character texture, but those won’t be noticeable when everything else looks so fantastic.

Persona 5 delivers in the audio department as well. I was initially worried that the soundtrack wouldn’t live up to P3 or P4‘s classics, and though I do miss my boy Lotus Juice, Meguro and Co. have delivered a stunning jazz-influenced score that fits the world perfectly. Standout tracks so far include “Life Will Change” and the raining mix of “Beneath the Mask“. I also had doubts about the voice acting as well, given some slightly disappointing recent dubs from Atlus, and P5 following the current JRPG trend of giving the majority of the lead roles to newer actors, but those fears go largely unfounded. Everyone sounds fantastic, and I haven’t heard a bad voice yet. If anything, the only nitpicks I have are the inconsistent pronunciations of some characters’ names. You can hear “Tah-kama-ki” and “Tah-kuh-mah-ki” in the same scene more than a few times, for example, and it just comes off as weird. 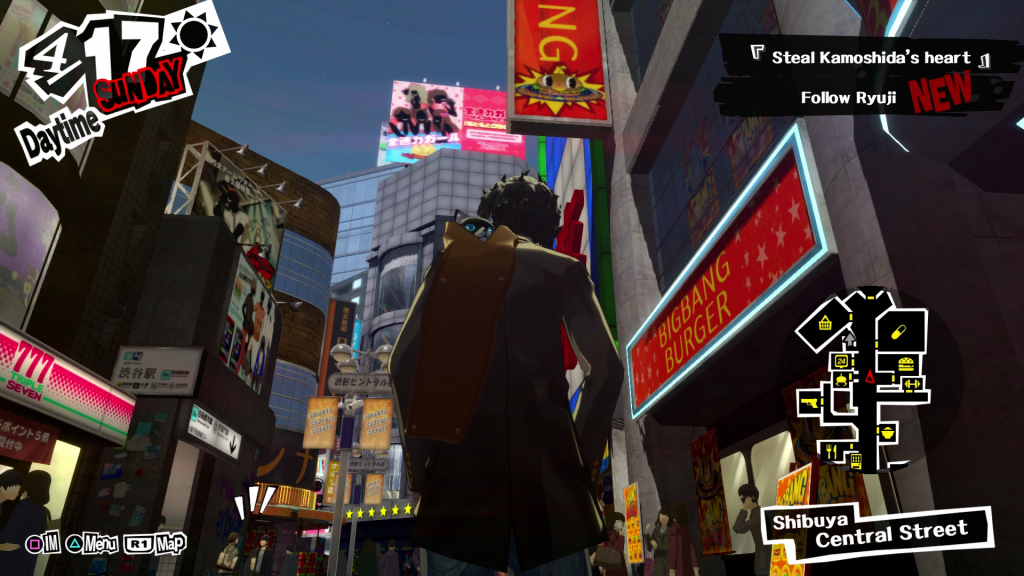 The most important thing is how it plays, and P5 more than delivers in that regard. One of the bigger changes to the Persona formula is the switch to a more open world style for the overworld, and in execution, it very much feels like playing a Yakuza title, showing a bit of Sega’s influence on the first Persona title under their umbrella. The world is bustling and full of life, especially compared to the desolate environments of previous Personas. In addition to the usual standbys like managing your social links, called Confidants here, there’s even a good chunk of Yakuza style minigames available, including my old favorite, batting cages. All in all, a very welcome change, and one I hope sticks around throughout future titles.

Dungeon gameplay is the most fluid and fun its ever been as well. Dungeons are split into two types: The large, story-based Palaces, and the game’s grinding area, Mementos. The Palaces are nowhere near as claustrophobic and lifeless as previous games’ dungeons were, with plenty of space to play around with and multiple strategies for getting where you need to go. The mixture of platforming and stealth generally works well, although the Hide function can be a little wonky at times, giving weird, unhelpful camera angles and sometimes doing more harm than good. When it works, though, it’s incredibly satisfying and can really make traversing the immense Palaces a breeze. And when I say immense, I mean it. The opening dungeons of Persona 4 could be completed in the fraction of the time it took me to complete the first one of P5, and it’s not even due to difficulty, it’s just the sheer size. 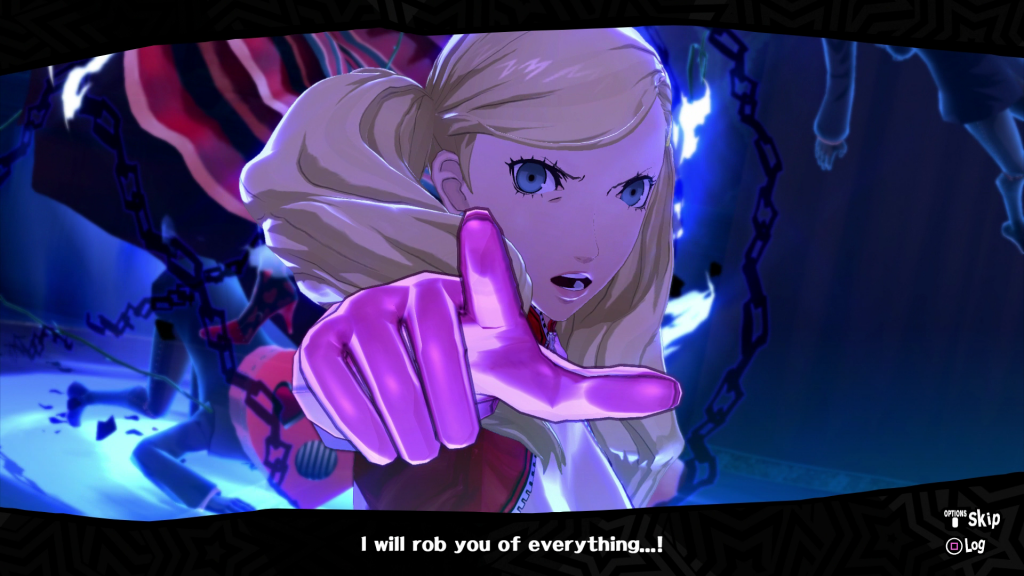 And of course, there’s the battle system. Calling back to each game in the series’ 20 year history, as well as the mainline Shin Megami Tensei series, it’s as good and challenging as ever. This time around, you have far more methods to dispose of your enemies, such as intimidation, the long awaited return of negotiating with demons to join your party (a far better system than the memory and reflex based minigames of P3 and P4), or just flat out wrecking them. The new Baton Pass feature is also very nice, rewarding team synergy and successfully using type advantages. All in all, it’s the best turn-based title I’ve played in years. It’s like the folks at Atlus saw Square Enix’s past comments about turn-based gameplay being dead and went “hold my beer and watch this”. 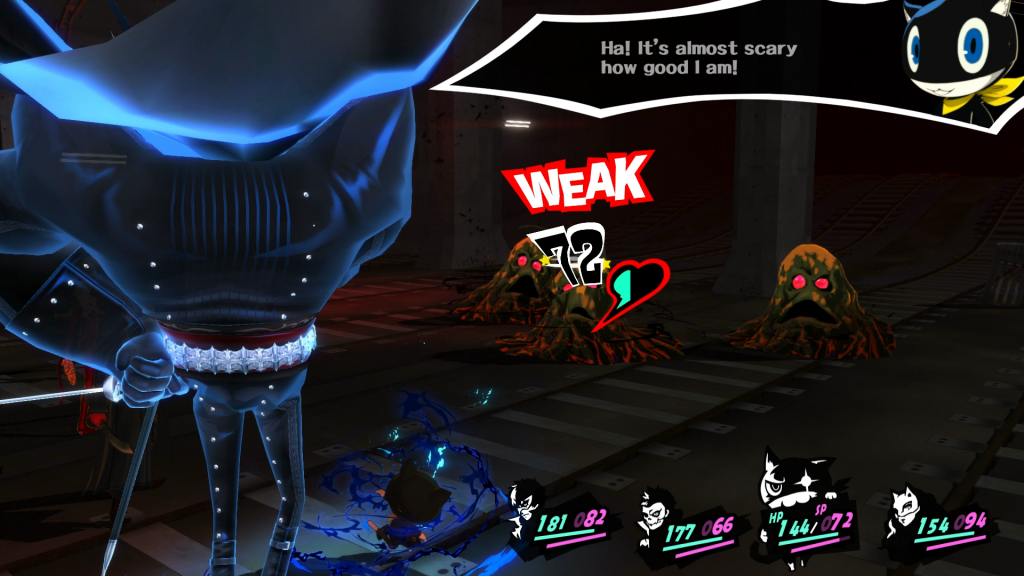 Overall, I had monster expectations of Persona 5, given its development timeline and the massive shoes it had to fill, and so far it’s certainly met and surpassed them. A dark, far more mature story, memorable characters, amazing aesthetics, and wonderful gameplay that pays tribute to the series’ past and creates a ton of excitement for its future have made 8 years of waiting completely worth it, and not even the worst of its few nitpicky issues can even scratch everything else it has to offer. Persona 5 is a game that everyone should at least try, whether you’re into classic RPG gameplay, looking for an interesting story, just want something really pretty and flashy to look at, or anywhere in between. It’s going to be very interesting to see where the series goes from here, and how Atlus plans to top Persona 5, as impossible as that seems to be.

Then again, didn’t we all say that about Persona 4? And look what happened here… 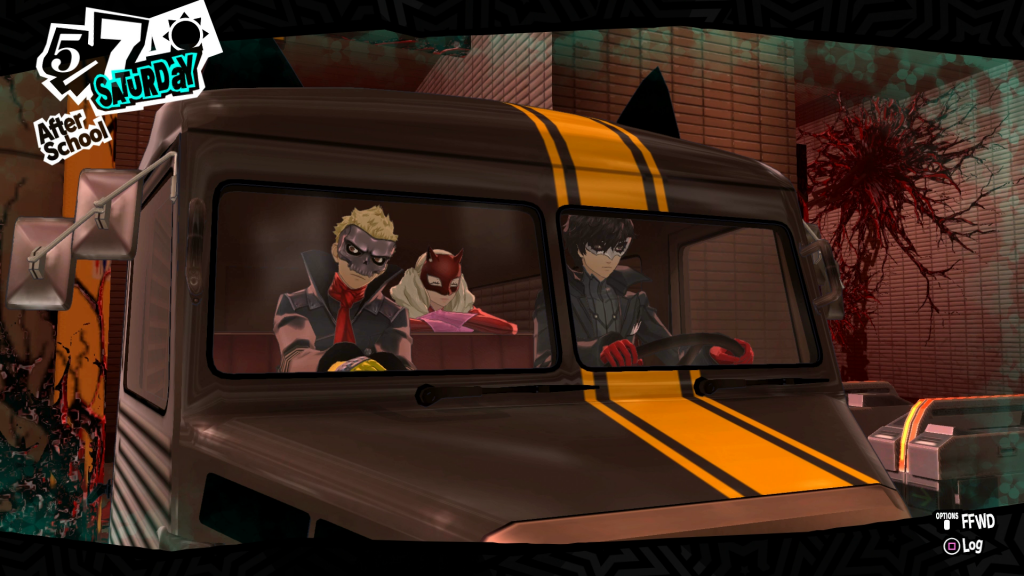 Aliens: Colonial Marines is still a thing, was at PAX

Crossbows should be your weapon of choice agains zombies