The Otome genre of games sits in a rather obscure spot of the already niche visual novel genre. They are romance games made for a female audience in mind, where you choose between a variety of charming gentlemen to fall in love with. There is a lot of heart in these kinds of games, and if you are a hopeless romantic like myself they make for a really great read. Aksys Games has always made it their mission to bring as many Otome games west as possible, and Period: Cube ~Shackles of Amadeus~ is the debut of the next wave of Otome games. 2017 is seeming to be a great year for Otome fans, but how does Period: Cube stack up against the other visual novels releasing this year? 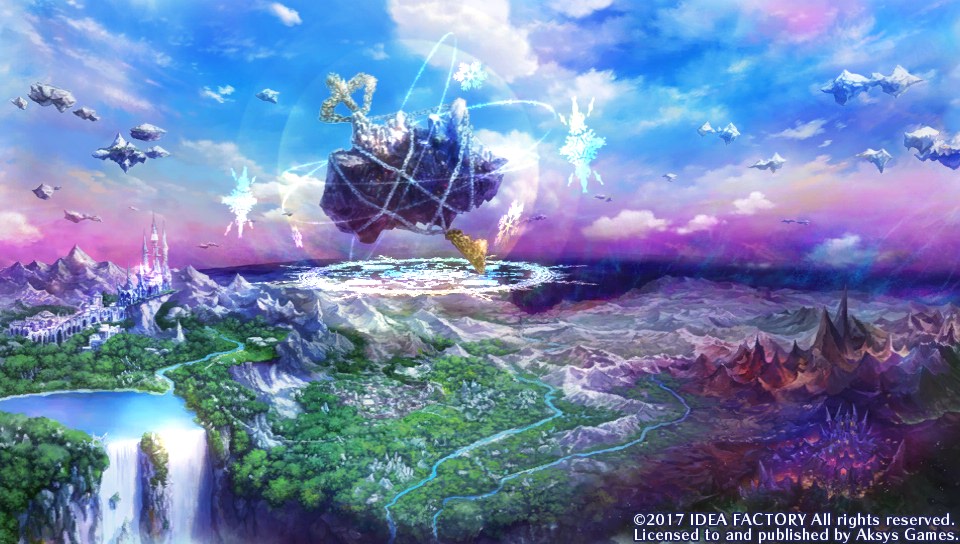 Period: Cube’s setting takes elements from the “Isekai” genre, the term or stories dealing with being trapped in an MMO. The story begins by the main character getting trapped in the game world of Arcadia, while looking into the disappearance of her brother. Out of the many servers active, World V is the only one that traps any players unfortunate enough to log into it. Arcadia has two warring factions, the Angels and the Demons, who are both trying to compete in World V to be allowed to return to the real world. One interesting spin on the Isekai formula is that characters who clear special missions are able to return to the real world for a short period of time. Your main character will side with a faction based off her choices in the beginning of the game, and by doing that will be introduced to the seven romanceable leads. 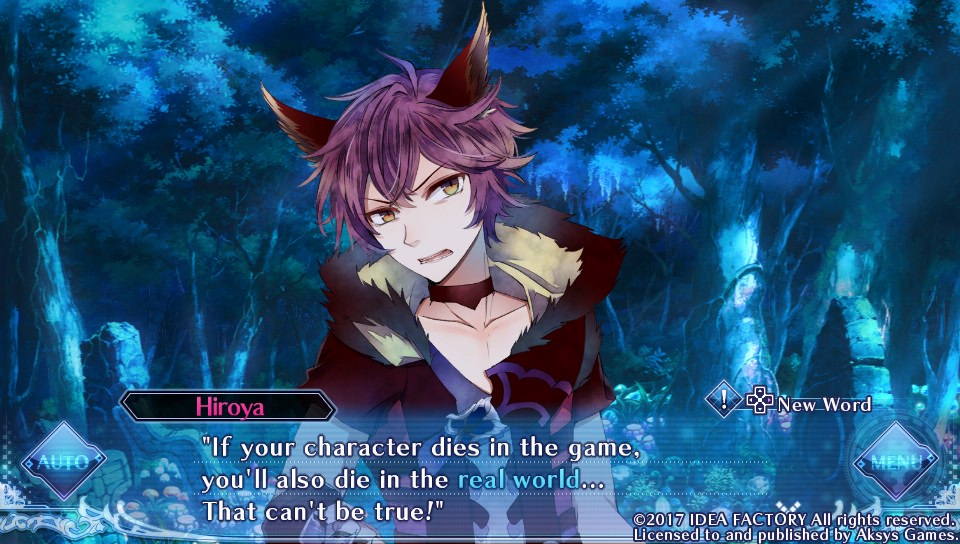 The story is good, but even for the Isekai genre requires you to suspend your disbelief. It reads a bit like romantic fantasy, in the best way possible. As with most titles in this genre, the story can be a little nonsensical, because it serves mainly as a backdrop for the characters to interact. Character interaction is the most important aspect of these games, and the romance options and the supporting cast are interesting and well fleshed out. You have Hiroya, the childhood friend; Radius, a player picked by the Demon faction to be their leader; Libera, a normal man in reality who is playing a female demon in the game; Zain, an NPC in the MMO; Astum, the roleplaying leader of the Angels, and two other characters with routes that contain heavy spoilers just by mentioning them. I didn’t care for the secret character’s personalities, but the ones I mentioned before were all really great. Out of all of them, the doting and dorky Astrum became my favorite. 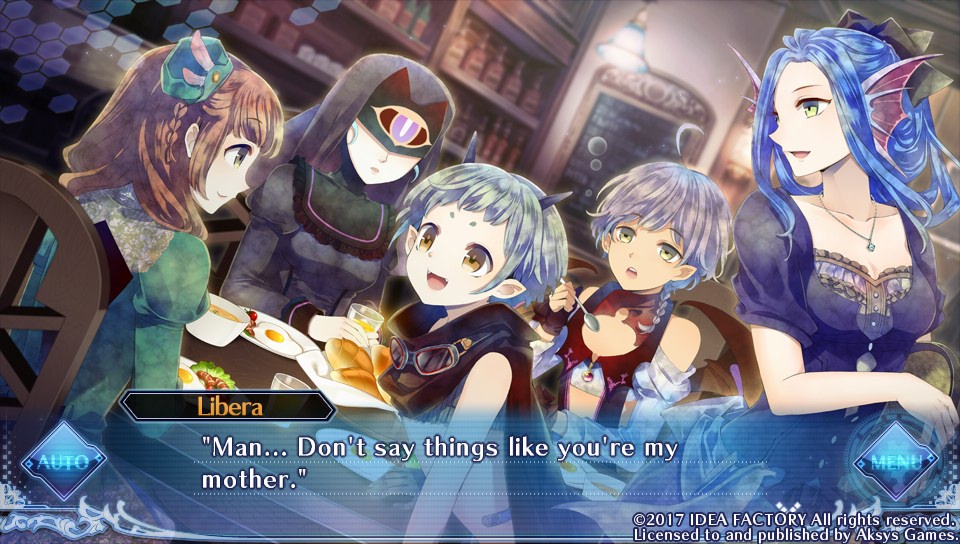 Being a visual novel, the gameplay is limited to reading voiced dialogue and making decisions to change the direction of the story. Period: Cube doesn’t take any major risks with its format, but it refines its story telling mechanics and streamlines the process of replaying the game to achieve the plethora of endings the game has to offer. The menu is incredibly sleek and great to navigate, and there’s even a flowchart so players can jump around the timeline. After playing through the entirety of Astrum’s route and receiving his best ending, I was able to easily open the flow chart and tweak my character stats and affection to get his bad endings right away. In a way to make it feel more like an MMO, the choices you make can increase your in-game characters stats, which will affect the ending you receive. The extent at which Period: Cube encourages replayability is something I wish more visual novels would mimic. 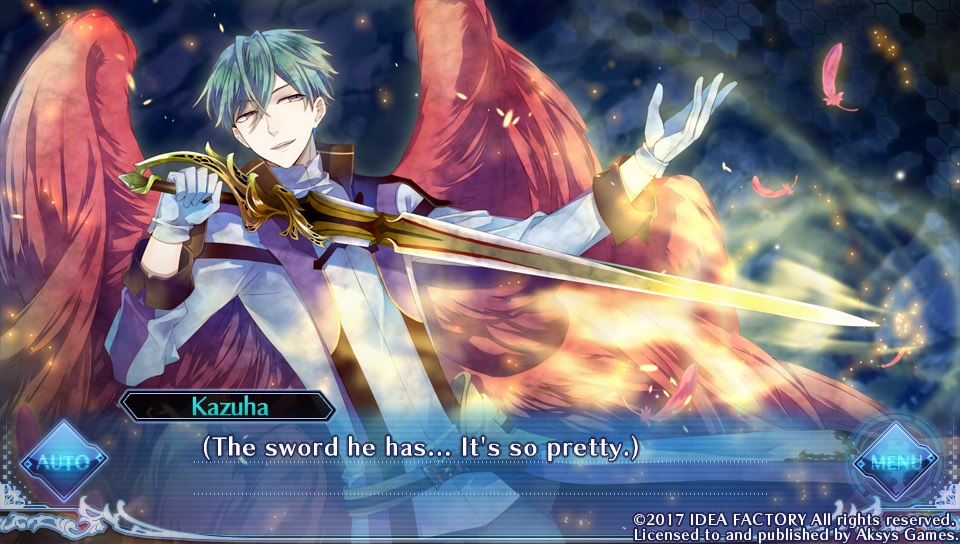 Period: Cube has some really subtle ways to make its visual presentation immersive, and has each portrait animated ever so slightly to give the characters a breath of life. The sprites for the main cast all look good in both the MMO world and real world, but some of the side characters and enemies don’t look as good. The CGs also look a little off, especially when two characters kiss and it looks like their mouths are just right next to each other. It’s a low point in otherwise great art direction, and I wish it could have been a bit more consistent The music on the other hand was all engaging to listen to, even though I wish there were just a couple more tracks to add to the variety of music. Voice acting is in complete Japanese, and each voice actor delivers a great performance for their character. I wish the main character was voiced like the three main characters of Norn9, another Otome published by Aksys, but I understand it’s an unfortunate staple of the genre. 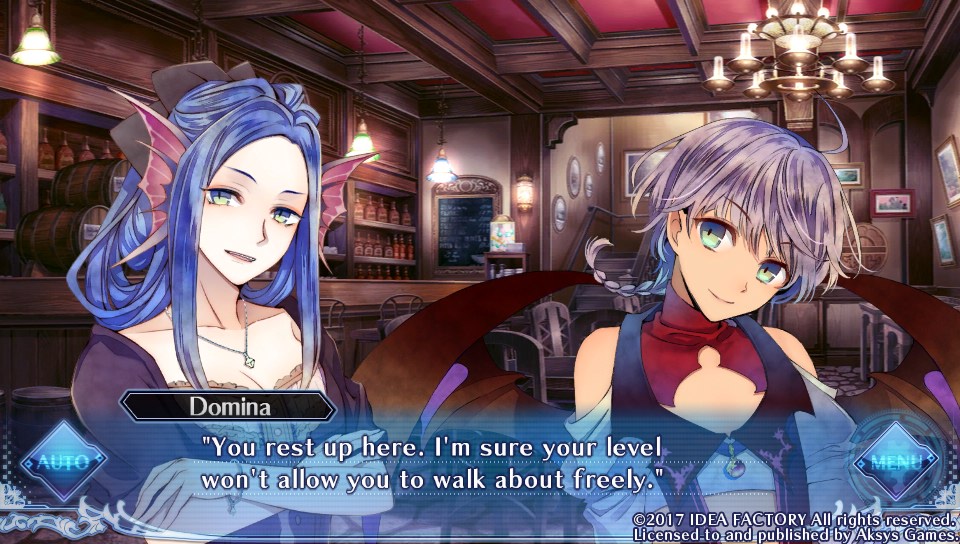 Period: Cube ~Shackles of Amadeus~ was a pleasant surprise, and I’d say a really good first Otome game for newcomers. It wasn’t as deep as I would’ve liked, but I’d be lying if I said I wasn’t won over by it’s interesting story and charming characters. There are a lot of heartwarming and adorable moments to witness, and if you are a fan of Isekai media then there’s a lot here for you. It’s a good story that handles the MMO aspects with respect, and never feels like it was written by people with no experience with its subject matter. There’s something here for everyone, and it’s a great way to tide fans over until the release of Collar X Malice and Bad Apple Wars. 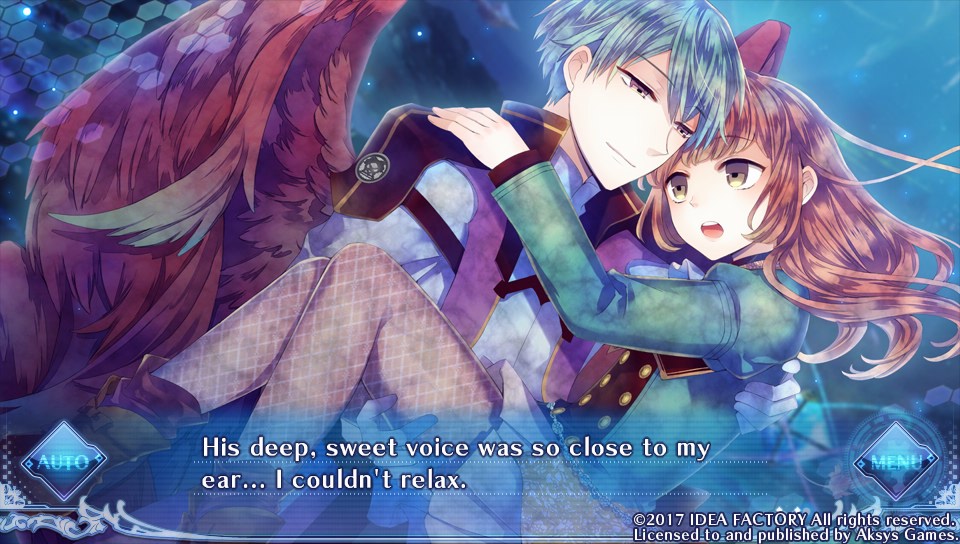