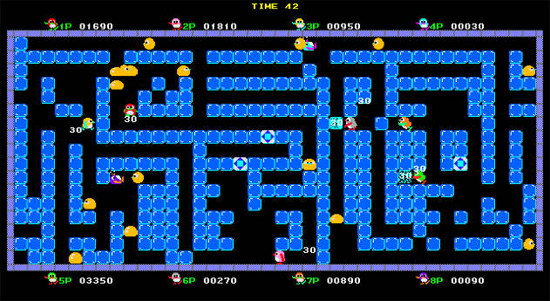 If you ever went to the arcades back in 1982 the game Pengo might look familiar. One of Sega’s earliest arcade hits, Pengo has been one of Sega’s most ignored franchises with the most recent release being a Japanese only Megadrive game.

It appears that Sega has decided to bring the game back to Japanese arcades this year and so far the game looks great. Instead of updating the graphics they’ve kept the same 8-bit visuals and changed the aspect ratio to 16×9 allowing room for 8 players to compete at once.

Unfortunately, I highly doubt the West will ever see this game in a nearby arcade. With the success of games like Bomberman on XBLA it seems like a worthy idea for Sega to port the game over to services like PSN and XBLA in the West. It’s probably our only hope of ever experiencing some ice block shoving action in the West.

End of an Era: AM2 ceases to exist