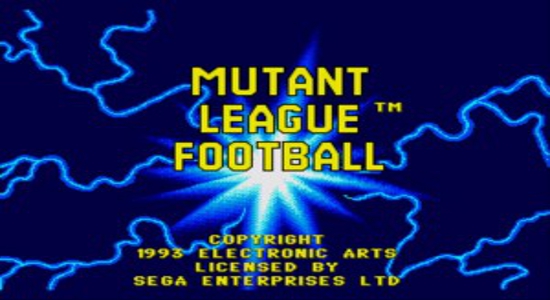 Editor’s Note: Dear fellow Addicts, due to what I haplessly enjoy referring to as “The Nine to Five”, my latest offering of Miscoded Confidence is ridiculously late due to the fact that my profession unfortunately required me to work on this Saturday as my particular skill set is unique to the job with which I am employed. For those curious, by day I am, in fact, a System Admin. But, without further delay, I bring you some sweet, sweet Miscoded Confidence.

Having already touched on Madden in one form, I felt that it was long overdue that I pay homage to the kind of Football game that I grew up loving and forever pulled me away from being content to just play a vanilla sport sim like Madden. But, instead of accurately portraying the hyperreality of the sport as best as possible, the game I refer to offers a playbook filled to the brim with hilariously stylized gore in which players bursting into pieces is not only awesome, but depending on the difficulty, expected.

Mutant League Football, which coincidentally was created by a small developer known to the gaming world as Electronic Arts was initially created to go hand in hand with a cartoon that encapsulated the entire Mutant League franchise. Now, I know I might be a bit late to the party on the whole ‘Banana Addicts’ thing, which congrats to our excellent podcast hosts on their 25th episode, but Mutant League Football was absolutely fucking bananas. And without any additional hyperboles, I still feel like I’m downplaying just how incredible this game was. 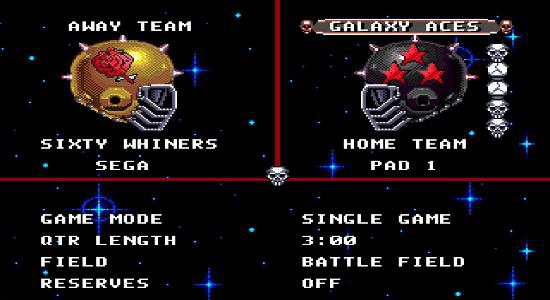 Complete with a full roster of teams, each with their own skill level and names like ‘Galaxy Aces’ and ‘Maniac All-Stars’, this game couldn’t have been more off-the-wall batshit crazy. Teams were comprised of various mutants, ranging from creatures that could easily be mistaken for pissed-off Ogres to Aliens that would make Geiger a bit uncomfortable. The various stadiums are as unique as the creatures going for a first down on them – especially with locales like “The Asylum” and “Battlefield”, it’s little wonder that this game is as memorable as it is. After all, while other kids were talking about guys like Jerry Rice and Joe Montana, I was trying to figure out how to make my defensive ends turn a receiver into a pile of blood, bones and effluence.

While the game lacks what could be called a cohesive “difficulty selection”, it does have something I’ll affectionately refer to as a “Death Index”. Simply said, the game boils down how fragile players are on the field. If set to the lowest, then mutants on both teams regardless of who is in control of them, are more difficult to kill. When set to 5, the highest setting possible, it gets gruesome pretty quickly. Having forgotten my beloved Death Index initially, I decided to play through a full season this week as a firm refresher. Suffice to say, not a single player on my team that started the season was left standing when the season came to a close.

Despite many hard fought games, my Slayers never backed down from a game, even when things looked their worst. That and I thankfully remembered to turn ‘Reserves’ on before starting the season. Needless to say, the 16-bit fields were pretty slick with digital gore by the time a trophy was handed out at the end of the day. Within the first thirty seconds of the season’s opening kick-off, my punt receiver had been turned into a pile of pudding that the Ref struggled to scrap up out of the grass – not that it mattered, because he had been completely annihilated. But it only got worse from there. 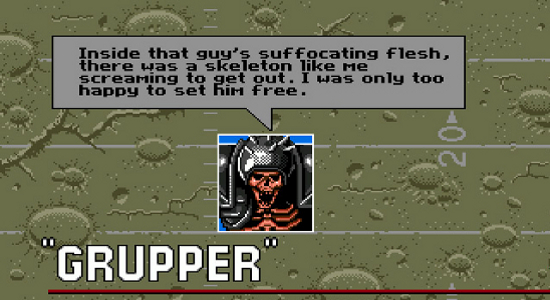 While seemingly on his way to completing a 50-yard run for the end zone, a similar event occurred as one of the skeletal defenders from the “Sixty-Whiners” tackled my running back to pieces. But, it was only slightly bitter sweet as his tackle caused him to land on one of the many scattered landmines swiftly causing him to become a heap of bones. I swear, some people just fall apart under pressure.

At one point, the Ref was calling a slew of bad calls against my team like “Crying” and sending the ball in our direction five yards. It became obvious pretty fast that someone had bribed the referee and, it having not been by my team, the ref had to die. So, on the next play, my players did just that. It was worth the couple of yards for “Ref Bashing”, but the bastard had it coming.

When the dust of the gridiron finally settled, the season’s survivors sadly came in last place – but only because there was barely a team left capable of playing – even with reserves. It can’t be said they didn’t try, but I guess we’ll just have to get’em next season. 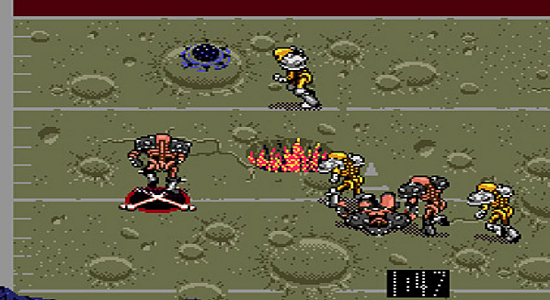 While I doubt EA would ever revive the series as it would directly compete with franchises like Madden, I still have no idea why they wouldn’t. Even Blood Bowl, a game based off something similar to Mutant League, except more Games Workshop Fantasy-esque, doesn’t hold the same amount of sway that Mutant League Football had over me when I was a kid. And before you say it’s because of the violence in the game that got me hooked, that isn’t really the case. Just part of it.

What Mutant League Football did for me what I imagine Base Wars or Cyberball did for a lot of kids who enjoyed the concept of sports, but were unable to really get into it. Offered a relation of the material that seemed really fucking interesting. It added a dynamic that Madden has never, and will never be able to obtain, a tongue-in-cheek vibe that is slightly disturbing, brutally challenging and hilariously awesome all at the same time.

The only other games that have ever even been able to come close were NBA Jam or NFL Blitz because of their crazy game mechanics that required an imaginative suspension of disbelief to be played – serious, simulation players need not damn apply. And that is what made it cool. It related Football material and sci-fi elements like mutants all in one succinct package. To this day, I’d be lying if I said none of it stuck with me. 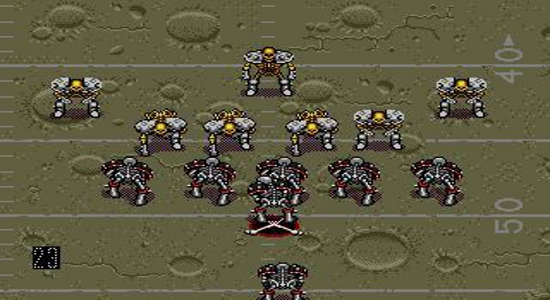 So, if you get the opportunity to give this game a shot – I can’t recommend it enough. Even if you want to avoid playing on the higher difficulty – it’s worth it to see the kind of game mechanics that later games have overlooked on more than one occasion. And that’s not just because I happily slide towards arcade games instead of super-serious sims, but because it is a taste of fun a lot of modern sports titles seem almost afraid to broach upon in this day and age. In the meantime, I’ll still happily clutch onto my Mutant League Football cartridge and quietly refer to plays like “Hail Scary” and “Murder Left”