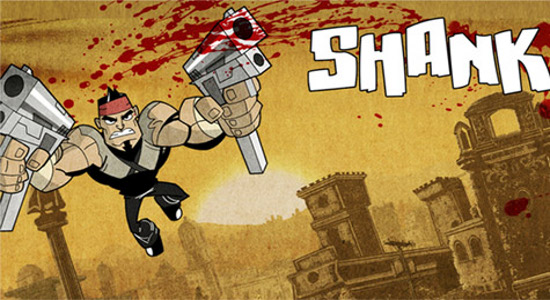 Having grown up in an age when video games were definitely still on the course to coming into their own, it’s been fun to watch games develop from titles like Kung Fu on the Nintendo Entertainment Systems on up through the latest brawler, Shank. While the mechanics have maintained an obvious similarity since the first game that centered solely on how much ass you could kick was created, it has always been an amazing genre that allows gamers to live out their fantasies of opening up a heaping can of whoop ass. And despite the minutia of changes that have been implemented in an attempt to constantly reinvent beat’em ups, there is no denying that regardless of their age, they still have a place within both the video game culture and community.

Sidescrolling brawlers were the staple of my Sega Genesis days. Not because they were all about beating the crap out of anyone that was one the screen who also didn’t happen to be player 2, but because they were fun as hell. Titles like Golden Axe and Street of Rage offered an experience that titles like Mortal Kombat, Battletech or Star Control just couldn’t offer. And that is what brings me to the dark alleys of the Streets of Shank. 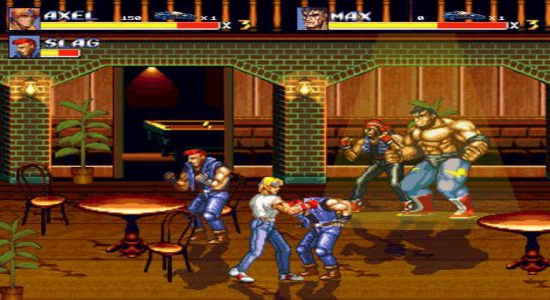 Streets of Rage is perhaps one of the better examples of an amazing brawler that centered expressly on kicking, stabbing and beating the hell out of everyone that stood in your way. Initially released in 1991 for the Sega Mega Drive and Genesis, it would eventually receive not one, but two follow ups in the series before eventually making its way on to the Game Gear, Master System and Sega CD.

Accurately summing up the plot in the opening story crawl, there really isn’t any wiggle room for misinterpretation about who is going to get their ass kicked and who is doing the kicking:

What was once a happy, peaceful, productive city, full of life and activity, has fallen into the hands of a secret criminal syndicate. The leader of the syndicate has somehow managed to keep his identity a secret. The organization soon absorbed the city government (anyone can be had if the price is right). They even had the metropolitan police force in their back pocket. Looting, random violence and destruction are rampant. No one is safe walking the streets, day or night…

As the chaos continued at full strength, three young police officers tried to establish a special attack unit. They were repeatedly turned down by their superiors, most of who had been bought by the organization or were too afraid to make a stand. One day, when they could no longer stand by and watch their city being demolished, they quit the force!’

Adam Hunter, Axel Stone and Blaze Fielding decided to forgo their careers in legal law enforcement and put their lives on the line. They are without weapons, but each possesses great hand-to-hand combat abilities. Take them into the heart of the city and battle the most dangerous wave of bad dudes and chicks ever assembled. Make the city a place where people no longer have to walk the Streets of Rage!

While the character differences seem a bit indiscernible at first, everyone eventually found one that they could play through time and time again. After all, the game hitting the Wii Virtual Console merely serves to reinforce that Streets of Rage has enough memorable qualities to keep players coming back for more.

And why wouldn’t it? When you proceeded to fight any of the many different hoodlums, they each had a relatively individualized name. Despite not seeming like too much of a big deal in this day and age – back in an era when henchmen and goombas were nothing but nameless dregs sent to slow us down before getting to the end boss – it was a huge deal to know that you were beating the hell out of some douche named “Slag”.

But, as time has gone on, games have arrived to fill the gap left over the intermingling years in the form of Castle Crashers and more recently, Shank. Both being interesting, engrossing titles offer something uniquely awesome that’s laudably appreciable in this day and age as is indicated by their sales figures since their releases. Suffice to say, people get a pretty huge kick out of being people down. 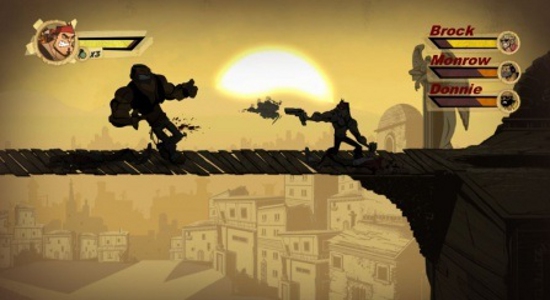 Since reviewing Shank, it more or less reminded me of a grittier version of Streets of Rage that had a pseudo-Tarantino meets Once Upon a Time in Mexico kind of vibe. This doesn’t go to say that Shank is merely a rehash of the things anyone who grew up with a Sega console will know, love and feel comfortable with, but it sure as hell helps.

Following a formula that many sidescrolling brawler players will be more than familiar with, Shank literally bleeds the sheer awesome that I felt the first time playing through Streets of Rage with my friend down the block. As much as I hate to pimp a product, it really is that cool. Well, at least cool enough to play through a few more times before I set it aside for a while in a dark corner of my Xbox 360’s hard drive. But where Streets of Rage allowed you to eat meat off the street, Shank has you downing bottles of Cervesa to keep up your strength in your fight for vengeance.

Needless to say, if you’ve heard anything at all about Shank, you know it is more grim and violent that Pulp Fiction and Inglorious Bastards combined, which is doubtlessly one of the things that makes it as awesome as it is. But, if you have or will play through it and don’t catch yourself thinking of Streets of Rage, then maybe you were just born a few years too late I think. 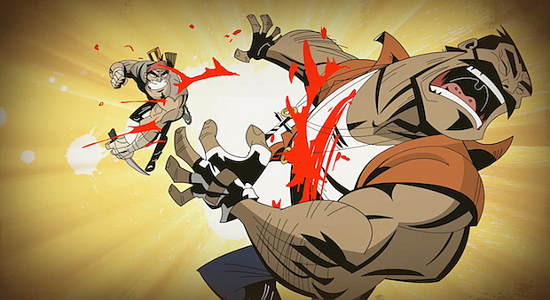 Either way, if afforded the opportunity to take your rage to the streets or get your shank on, neither would be a bad place to start if you haven’t had a chance to experience a good brawler yet. If you have, fond memories all around, because let’s face it – whether or not you ever got a chance to throw down with someone, these games are probably the closest many of us ever came to beating the ever loving crap out of someone.