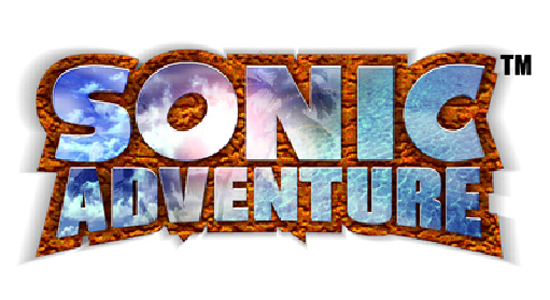 It’s been awhile, Mr. Adventure, since the two of us have spent a great deal of time together. Sure, I’ve glanced at you from afar while browsing my collection of Dreamcast games but I’ve never really stopped to say ‘hello’. It’s not that things ended badly between us. In fact, I don’t think things could have been better. You, with your colorful and bright 128-bit visuals and ambitious gameplay, and me, a 13 year old teenager with nothing to do with my summer job money but buy Sega’s most recent console on day one. We were perfect for each other. A match made in heaven.

Then I moved on as other games were released for my beloved Dreamcast. A Shenmue here and a Jet Grind Radio there, I just didn’t have time to go back and play you. And then there was Sonic Adventure 2. I never told you this but all that game made me do was miss you. I missed your ambitious open world segments, Knuckles levels that were actually bearable, and a certain charm that no 3D Sonic game has since displayed.

With Sega now releasing Dreamcast games on XBLA and PSN it only makes since that you be the first one out the door. You were the killer app for many Dreamcast owners in the beginning. You brought Sonic into the third dimension and at a time when people were still playing 32 and 64-bit consoles you looked like the next big thing.

It was with apprehension that I started you up for the first time in almost ten years. Would you play like I remembered? Were the rumors of you sucking true?

If you can stomach what I’m about to tell you, please read on.

I’ll start with the good okay? You were an ambitious little game. With six playable characters, an open world to explore, minigames, and a Chao raising simulator there was always something to do. For a Dreamcast launch title you were an amazing package and kept me quite busy for the following months.

Unfortunately, in today’s gaming market the cracks are starting to show. You were just too ambitious, plain and simple. Trying to develop a game with six characters with completely different play styles is crazy enough but on top of that you have an open world, minigames, Chaos, cinematics, and music with lyrics about Sonic characters! There was too much on your plate, my friend.

For one, the camera is almost like a seventh playable character. Using the left and right triggers to constantly try and rotate the camera to a usable state was often more challenging than the levels themselves. It constantly gets stuck behind and underneath solid obstacles obscuring my view and sometimes there’s nothing you can do to fix it but try and continue. For some characters, it’s not always a problem but when playing as Knuckles (whose levels are already painful enough) and you’re trying to explore and find random jewels it can become pretty frustrating. I understand that you’re the first 3D Sonic game but that’s no excuse when many other 3D platformers had created a much more functional camera system years before you were developed. 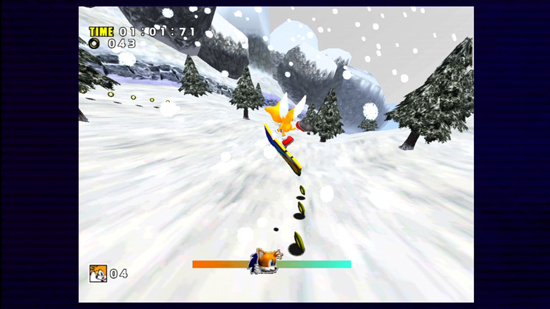 Another problem with you is the random dips in quality between playable characters. I still believe that your 3D Sonic levels are some of the best ever created and not once did I become frustrated by cheap deaths or bad level design as I have in more recent games. Sonic Unleashed did a great job but it’s missing some of the slower platforming segments that you nailed so well in the transition from 2D to 3D. Tails works decently enough with gameplay similar to Sonic’s but with the ability to fly. No major qualms besides the usual camera and control problems.

Then there’s Knuckles whose levels involve exploring large open areas trying to find three pieces of the Master Emerald. It’s basically hide and seek except the camera system makes it incredibly frustrating and there’s also the problem of the complete lack of fun. Running around as Knuckles in the open worlds is ridiculously fun as I’d glide and climb everything in sight. Why couldn’t his levels have been as fun as that? 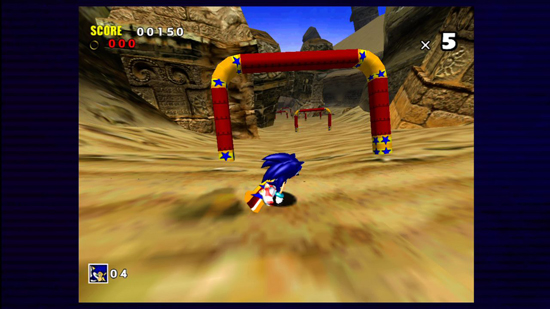 The other characters, Amy, Big, and Gamma, all seem like quick afterthoughts. None of their experiences seem as substantial and are over almost as quickly as they start. Amy’s levels are basically Sonic’s in slow motion, Big’s are Sega Bass Fishing when it was still in Beta form, and Gamma’s are Panzer Dragoon mixed with Sonic mixed with something shitty that makes it not as awesome as it sounds (how’s that for a description?). It doesn’t help that as I’d play through each character I got stuck watching many of the same unskippable cutscenes several times.

Speaking of the cutscenes, what were you thinking? Sonic and company’s lips don’t even match up to what they’re saying. They don’t even look like you tried to match them up. Plus what is up with that weird eyebrow thing Sonic does every once in awhile? Maybe I’m being too harsh on you. I could deal with bad lipsyncing if the cutscenes were actually engaging. A few major story moments here and there would have been bearable but when there’s a movie after every level you complete it gets old kind of fast. I just can’t believe you’re willing to waste my time like that. Was this your way of drawing out the game experience so I would play with you longer? 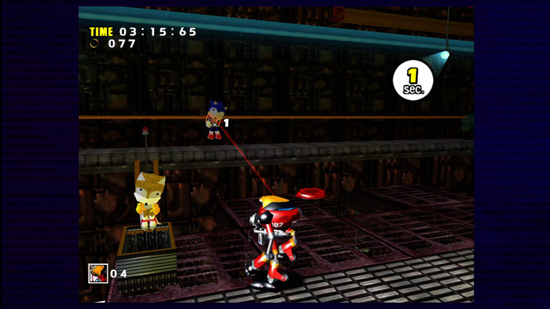 Now, Sir Sonic Adventure, I’m sure this letter has been a hard read for you. I want you to understand that even though you haven’t aged as well as many of your contemporaries there’s still a place for you in my video gaming heart. Even with all your flaws I still enjoyed my chance to see you again and re-experience many moments I had almost forgotten. You may be unpolished and broken in many areas but you also contain an overambitious spirit that I can get behind. I can confidently say you remain my favorite 3D Sonic game, although, you don’t have much competition.

P.P.S. It might be beneficial to clear this up. The XBLA version of Sonic Adventure uses the upgraded visuals from the DX version on PC/GC but does not contain the extra missions. For 400 MS Points you can unlock those extra DX missions.

P.P.P.S. Regarding my comment about this being my favorite 3D Sonic. Sonic Unleashed was a well polished game and the Sonic levels played great. For me the Werehog levels were extremely hard to play through and I couldn’t even finish the game the first time I played due to the length and blandness of those sections. Also, the latter Sonic levels started to become almost as frustrating, something I didn’t experience when replaying the original Sonic Adventure.

PSA: Use the Internet to get Virtua Fighter 5 Final Showdown