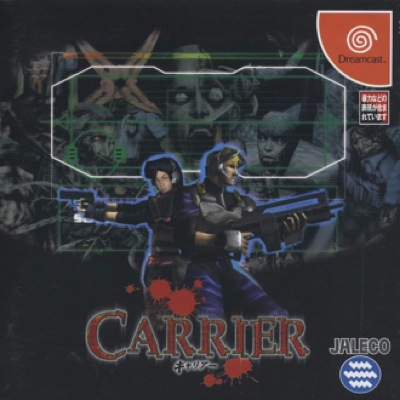 God, I’ve forgotten how bad clone games can be.  Clones are rip-offs of popular games, their mechanics, themes, plots, etc., used to cash in for money.  This Dolly comes courtesy of Jaleco for the Dreamcast.  What game is it ripping off?  Well with two minutes of game play, you can easily tell it’s trying to emulate Resident Evil.  Imagine an even more clichéd story and worse controls, somehow.  Hit the break to catch Carrier’s disease (spoiler: its boredom).

The corridors in Carrier are ridiculously dark.  This phases out the details and makes every room and hallway nearly identical except for the occasional steam vent or random vine.  This paired with the dynamic camera angles make it a herculean feat to shoot enemies without getting attacked first.  Type one cheap hit: you’ll be entering a doorway to have an enemy right next to you when you enter the room.  Type two cheap hit: You’ll hear enemies coming but they won’t be framed in the camera angle, so you’ll walk forward to investigate and try to get a better look.  Well, it turns out the enemies was an inch outside the screen and now is biting your neck.  Type three cheap hit: You’ll again hear but not see enemies, so you’ll use your fancy binoculars to see where they are.  The fancy binoculars take a few seconds to show anything besides a black screen, in the mean time a monster has stabbed you with his spear tongue.  The camera kills the game because it’s too close.  In Resident Evil, its up high and showing a majority of the room.  In Carrier, it’s eye level and shows only tiny corners or pitch-black corridors.  One hallway had four different camera angles it zoomed to and from.  FOUR!!!  The zipping between shots had me feeling dizzy and ripped me from the experience, wondering what the heck was going on when they programmed the section. 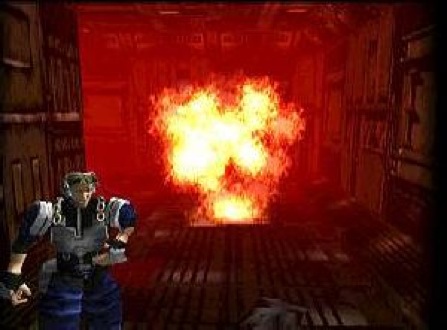 Enemies are bastard hard to kill in a banal way.  Half of the frustration comes from trying to aim at the foes, a task that takes multiple tries and movements to be pointing your weapon in the right area.  The other half comes from the enemies being cheap.  Some have strange looks.  I mean they actually stop and look around strangely, during which you cannot hurt them.  Others include ticks, little frogs, scary monsters, and the worst of all INVISIBLE ZOMBIES!  Talk about hard!  You can only hear them coming and are supposed to use your fancy binoculars to find them.  But it’s much easier to flail your gun around until an aiming reticle appears around thin air.  Its unfortunate the binoculars are so user unfriendly that you have to do doofy shit like wiggling a pistol around to survive.

They say you really only miss something when it’s gone.  There is no greater example than the puzzle element of Resident Evil.  In Carrier, your greatest puzzle is finding discs.  Pretty exciting.  Also you can use bombs to blow up obstacles blocking doorways.  I wonder what the point of this was.  “Oh, if we block a doorway, they’ll have to do something!”  Genius!  And that’s the extent of my opinion of Carrier’s puzzles. 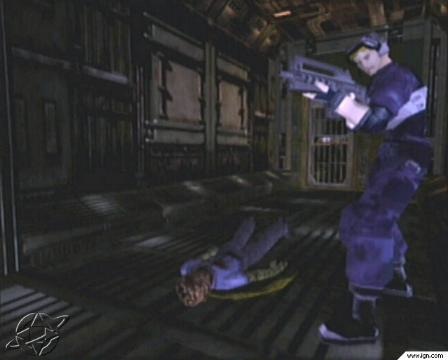 The opening cinematic boosts a good-looking helicopter and horrible looking people.  Two agents are waiting to land on a rouge airship and chitchat.  One asks the other about an object she’s holding.  Agent replies its nothing, just something she has in a tone where you, the audience, realize its something very important.  Way to build intrigue!  Then the first agent is asked about a photo he is holding.  Turns out its his brother, who works on the airship!  Nice, suspense achieved!  Then there’s a crash, blah blah blah, you’re on the ship beginning your adventure.  The opening scene is a mere ploy into getting you invested in the main characters via the blandest means possible.  The rest of the game features a crazy doctor, people who won’t leave rooms, and useless team members.  Remember how cool Barry Burton is.  It’s because he saves your life, gives you cool stuff, and has personality.  The survivors you save give you health items and clips of ammo, but that’s it.  They’re walking item boxes and nothing more.  The story is dull and over moralizing.  After the end boss (who btw, all you have to do is avoid him to win.  DYNAMIC!), we are brow beat into how nuclear dead zones are popping up all around and that man is his own greatest enemy.  Thanks, can I shoot you in the head then Mr. lame NPC.  If I wanted to get dumped on for using plastic grocery bags, I’ll watch a Werner Herzog film and enjoy the experience.

Carrier is cool in concept because that concept is Resident Evil.  Unfortunately the story is poorly told, the combat is clunky, the controls are barely manageable, and you can’t see a damn thing.  This is a game you’ll play for an hour or two, save it, and just never come back to it.  Its not that it’s horrible, it’s just forgettable.  Carrier is the worst example of the survival horror fad.  Let this one pass you by.

Dreamcast Collection gets a trailer 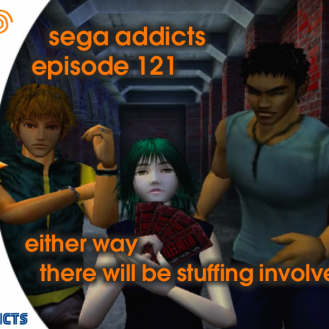 Sturmwind gets a new trailer