Hey remember that Aliens game that was being published by Sega but wasn’t gonna come out anyway? Well get excited because it is going to come out (maybe)! How do we know? Well there was footage of it leaked from PAX! That’s right with the recent announcement of a new announcement it can be assumed that Aliens Colonial Marines will indeed come out soon (in maybe a couple of years).

The PAX announcement was leaked by a couple of sneaky (low quality) mobile phone photos which you can see after the jump! 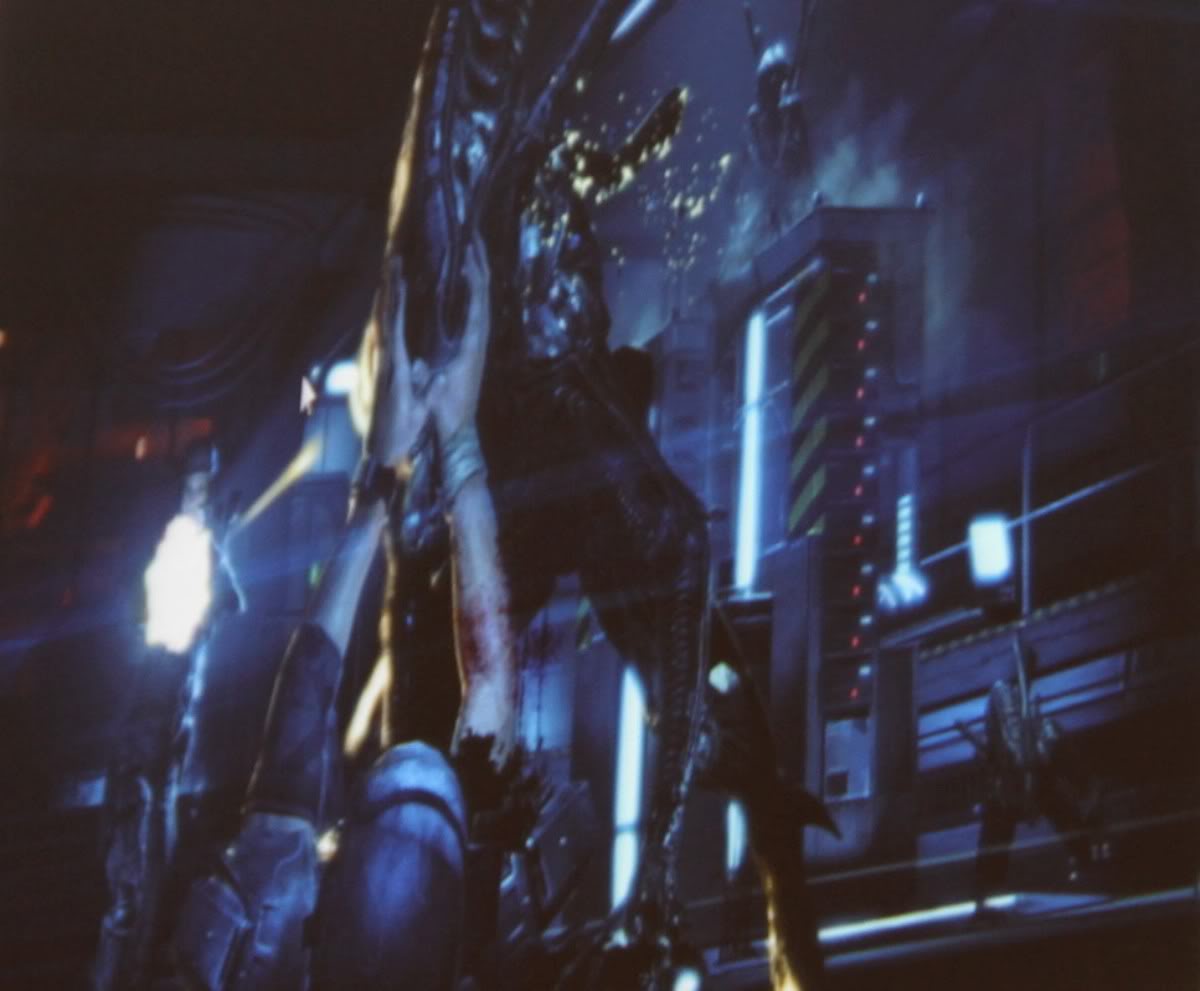