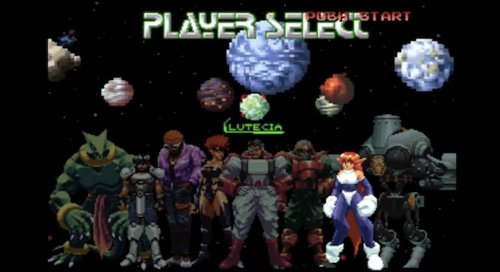 Despite being a pretty decent game Galaxy Fight has not received too much attention outside of Japan, until now. Originally released as an arcade game Galaxy Fight was ported to several systems, including the Sega Saturn. The latest port sees the game coming to the PSN Import Store tomorrow, December 15th, for the low price of only $5.99.

MonkeyPaw Games, the guys behind the port, specialize in retro games, so hopefully the port is true to the original. More information about the specifics of the game including characters and screens can be found here in the game’s entry on MonkeyPaw’s website.