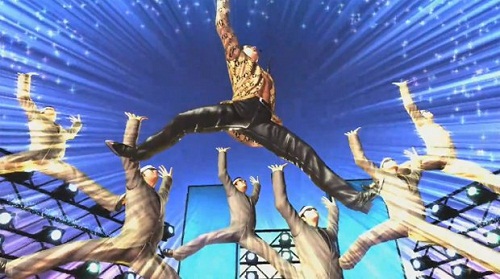 Surprise! The major announcement hinted at earlier this week was confirmed to be the March release for Yakuza Of The End in Japan, awkwardly juxtaposing it with the international release of Yakuza 4 around the same time. Anyone else following the pattern here could also take this as a suggestion that Of The End will be releasing overseas this time next year.

What did come as an honest surprise was the announcement of a Yakuza Social Game for mobiles in Japan, by a company called GREE who also created the Final Fantasy games that were recently released on Facebook for international audiences. The game will feature automated battles with three character parties and you’ll be able to unlock weapons in the social game that transfer over to Of The End, which is easily enough incentive for me to give it a go. The bonuses work the other way around too, so you’ll be able to unlock items in Of The End that transfer over to the social game.

Slightly confusing, but it’s definitely a lot more interesting than just a release date announcement. Not quite as interesting as a Black Panther localisation announcement, but I take a win when I can.

Yakuza of the End to have zombies, I’m suddenly much less excited