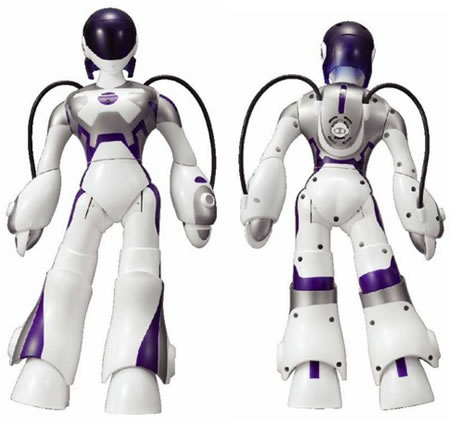 Fresh off of Sega’s announcement of their robotic Wappy Dog yesterday, I stumbled upon an old article about another robot from Sega’s past.  E.M.A (Eternal Maiden Actualization) is a robotic female released exclusively in Japan on September 26, 2008. The robot is programmed to dance, sing, and kiss. She even has a function to handout business cards.

Would you rather see Sega make a new console instead of turning into Skynet? You can catch a video of E.M.A in action after the jump.

Ask your Sonic Generations music questions at the Sega Blog

Sega and Gearbox may issue an apology for Aliens: Colonial Marines