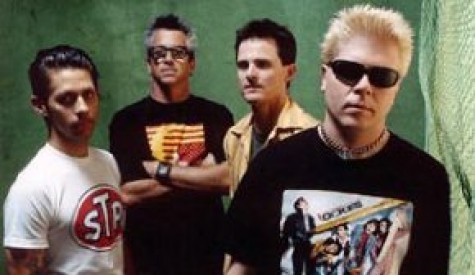 Ok, so for the past hour, I’ve been listening to the same four songs over and over and over again.  I never realized just how finite Crazy Taxi’s soundtrack actually was until I had to listen to YEAH YEAH YEAH YEAH YEAH for an hour straight.  Thank goodness I enjoy the game so much.  I know a lot of people like to give it a ton of crap for being on every console and all, but it’s just such a pleasant experience to turn my brain off and zone out to the satisfying sounds of nasally customers whining about not reaching the KFC in time.  Crazy Taxi embodies what I love about the Dreamcast – it’s so simple and straight-forward.  The game sits you down and thrusts you into the fun without the slightest hesitation slowing it down.  I like that.  I reeeeeally like that.

Next, I’m gonna take ninjajosh’s suggestion by playing some Space Channel 5.  It’s been ages since I last played that game, so it should be an interesting challenge to see how far I can get.  Keep your eyes peeled, ninjajosh.

PSN+ subscribers get Altered Beast for free this week!