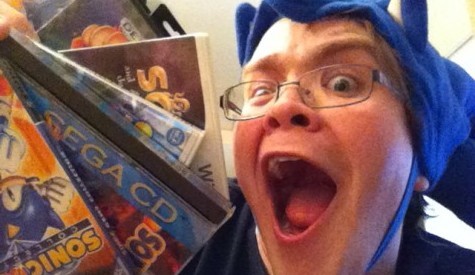 I will never forget my first moments with Sonic 2.

Still buzzing with the breathless elation of receiving the ultimate Christmas gift, I plugged in my brand new, minty fresh black box o’ fun. When I hit that pill-shaped power button, it was like popping the first pill. Within moments, I had become a full-blown Sega Addict. Those first few hours were indescribable. The vivacious color, the stellar lineup of hummable tunes, the enthralling and liberating sense of momentum, the loop-de-loops (oohhHH the LOOP-DE-LOOPS) – Sonic had me in his white-gloved grasp, and he wasn’t letting go any time soon.

Fast-forward almost 20 years later, and I’m still far from bored.  Since his birth on June 23, 1991, Sonic has had his peaks and his troughs. We have watched our much-loved hedgehog spin dash through sequels, spin-offs, handhelds, sports games, pinball, RPGs, Tiger handhelds, racing games, fighting games, television shows, t-shirts, hats, watches, and footie pajamas. Even after 20 years of running in those pinstriped shoes, he’s far from tuckered out.

Now, as I’m sure you know, we are fast approaching Sonic’s birthday.  On June 23rd, the Blue Blur will be an astonishing 20 years old.  He’s still going to have to use that fake ID to get into the club, but in videogame character years that’s like a hundred or something.  With this expansive history in mind, I’ve decided to take hold of this historic occasion to get to know Sonic a little bit better.  Without further adieu, I am proud (and utterly terrified) to announce the 20 Years of Sonic Challenge. 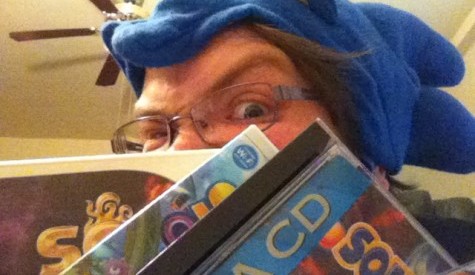 Starting June 1st and going all the way until Sonic’s big day on the 23rd, I will be playing a total of 20 Sonic games.  That’s right.  20 games in 23 days.  My original idea was to attack his entire library, but just considering the sheer girth of that prospect threatened to trigger a grand mal seizure.  In a marginally less suicidal decision, I have instead opted to journey through Sonic’s history, taking a pit stop in each year of his existence and playing through one definitive game from that year.  Yes, this includes Sonic 2006.

As it will generally be impossible to finish all of these and still keep my day job, I will play a minimum of five hours of each title.  Anything shorter than that, I will remain adhered to my couch until that thing is beaten. Anything longer, and I am free to go after that five hours is up.  If I have extra time, though, I am to do everything in my power to finish that game.

I will be checking in each week with these oh-so-delightful “20 Days of Sonic Challenge” articles (I know it’s 23, but 20 just fits his birthday perfectly… shaaaaddap).  In each of these articles, I will be revisiting the titles played that week. Do they still hold up today?  Where do they sit in terms of quality as part of Sonic’s massive library? Is there a Casino Stage? Answer: Yes. 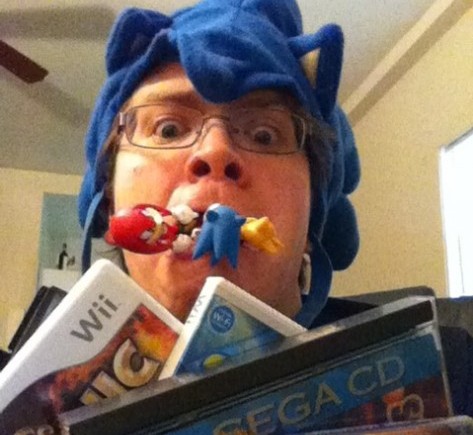 Surely, by the 23rd I will be sick and tired of Sonic, amirite? Pffft. Come now.  This is me we’re talking about.

As one last hurrah, I will spend every minute of Sonic’s birthday playing through as much of his library as humanly possible. From 12AM to 12AM, I will do nothing but eat, cry, and play games.  That’s right – 24 hours of Sonic. My Genesis, Dreamcast, Saturn, Game Gear and DS are all going to feel some true love that day.   The very best part of all this is that you may very well be watching me churn my fingers away on a Genesis controller LIVE! If all goes according to plan, we’ll have a livefeed broadcast straight from my boring-ass living room and I will be taking requests all day.  Want me to play a specific Sonic game? As long as I have the thing, you’ve got your wish!  Want me to play with my Sonic scalp on?  In the words of Michelle Tanner, you got it dude!  Want me to play while repeatedly punching myself in the face?  Well, I’ll try!

If watching me writhe in agony doesn’t already have you bouncing with glee, then stay with me.  This might just do it – As further celebration of this amazing month o’ masochism, I’m going to be giving away a prize or two!  I have not yet decided just how the winners will be chosen, so keep checking back with Sega Addicts to get the full details a little bit further down the road.

Below is a full list of the games I will be playing.  You may feel that some of the titles I’ve chosen aren’t the best representatives of their respective years, but keep in mind that I specifically chose certain games because they represent bits of Sonic’s career that I have never been privy to or just haven’t experienced as much as I would have liked.  Also, please note that Sonic Adventure was the only major release between 1998 and 1999, so I will be playing Sonic 3 as a bonus title.

In the 24 hour marathon, I will be throwing in Sonic Adventure 2, Sonic 4: Episode 1, and Sonic: The Fighters as well.  I’m also looking into re-obtaining some old Game Gear titles.  Just in case I hadn’t had enough already.  Any games you wish you saw here?  Think I’m an idiot for even trying this?  Think I look like Louie Anderson?  Let me know in the comments. 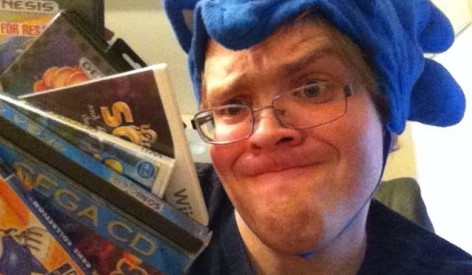 If you still want some more Sonic love, keep checking back with Sega Addicts all month for even more Sonic-flavored shenanigans.  It’s time to party like it’s 1991.