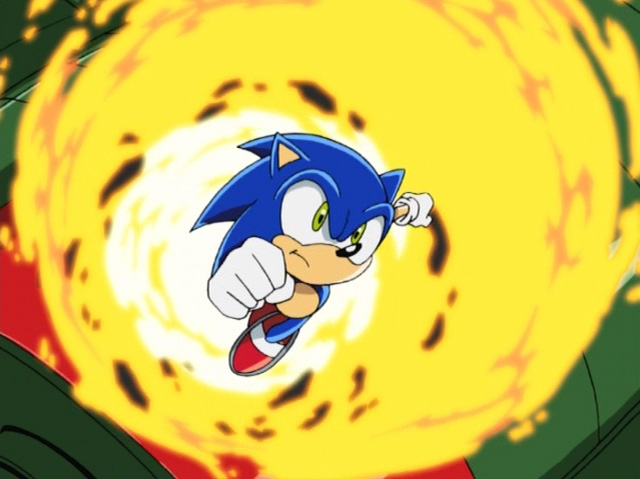 Sonic Adventure is not the Blue Blur’s only foray into the genre of action-adventure games. He’s raced against insects, appeared alongside the Simpsons, and spewed rings in Hell.  You can catch these and more action-adventure cameos after the jump.

Though the Saturn was never graced with an original Sonic platformer, he did appear alongside Bug in the insect’s action-platforming debut.  In the bonus area of stage two, you can race against Sonic as you try to collect trophies.

Yuji Naka also showed Sonic some love on the Saturn by including him as an unlockable mini-game in Christmas Nights. Sonic the Hedgehog Into Dreams allows you to traverse Spring Valley as the Blue Blur.  The level boss has even been re-skinned as Dr. Robotnik! 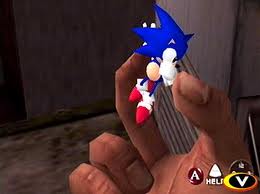 Long before they battled upon the race track, Sonic appeared alongside Ryo Hazuki in Shenmue 1 and 2.  Sonic, Tails, Dr. Robotnik, and friends appear as collectable toys in capsule machines and as prizes hidden within food products.

Also on the Dreamcast, Illbleed features Zodick the Hellhog.  This demonic parody features more than a close resemblance to Sonic. He even releases rings upon taking damage! You must defeat the evil hellhog to save your girlfriend.

After the fall of the Dreamcast, Sonic dashed onto the Gamecube with his appearance in Billy Hatcher and the Giant Egg.  Billy can release Sonic from hidden eggs to attack his enemies.  You can catch Billy hatching the Blue Blur at 4:02.

Blue met yellow when Sonic appeared in The Simpsons Game.  He powers the Cheatix level via a hamster wheel.  The Blue Blur complains of his aching back and reveals that Shadow is really just “misunderstood”.  You can catch Sonic, Mario, and the Simpsons escaping from videogame world at 00:15-00:20. 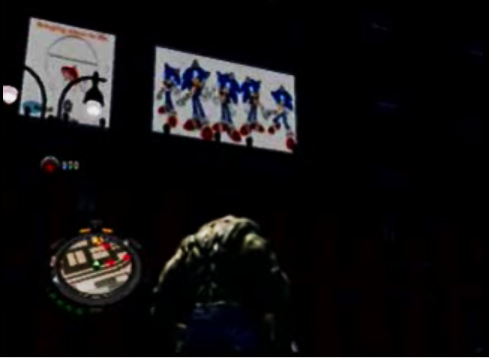 In yet another licensed game, Sonic would also hop into the world of Marvel in Sega’s The Incredible Hulk.  He appears on billboards hanging from several buildings.

Just as he can be found on billboards in The Incredible Hulk,  Sonic can also be found on posters in level 3 of Tom & Jerry: The Movie Game.  You can catch Sonic in the video above from 5:58-6:11.

Sonic’s cameos are far from over.  He has also appeared in puzzle games, rhythm games, television, and comics.  Stay tuned for more of Sonic Cameos!