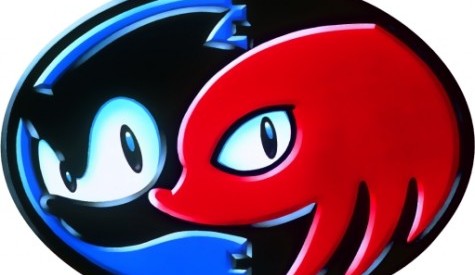 Note that Sonic is standing BEHIND Knuckles.

If one thing is abundantly clear about Sonic’s teen years, it’s that he quickly became the Fonz of the animal kingdom. As soon as our speedy hero moved into the 3D realm, every animal in the forest was hanging on his tail like a niggling younger sibling, frantically trying to emulate the Blue Blur’s giant arched eyebrows and wagging gloved finger. Foxes, alligators, chameleons, bats, cats, bees, rabbits, armadillos, other hedgehogs – they all grabbed their running shoes, called each other before homeroom and met up outside the school bus platform to coordinate badass looks.

But even as those sad sacks follow Sonic like useless “Yes” men, synchronizing their class schedule to meet him at the end of every period, one crimson creature watches from the corner, smoking a cigarette and truly living out his own authentic rebellion.

That someone is undoubtedly the very best character that the Sonic universe has to offer.

That someone marches to the beat of his own drum, and that drum is covered in puncture wounds inflicted by thorny fists. That’s right, I’m talking about Knuckles.

Have a seat, and I’ll explain why Knuckles is the damn greatest. 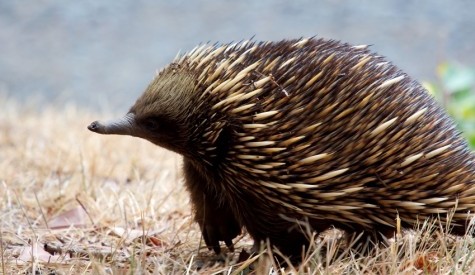 1.  Knuckles is an Echidna

Just about every single character in the Sonic universe is based on some recognizable but slightly mutated animal. There’s the obvious blue hedgehog, there’s the fox with two inexplicable tails, there’s the bat with a D-Cup rack… Knuckles is the only character in Sonic’s history whose origin animal is a true novelty. When he was first unveiled, everybody (save maybe for Steve Irwin the Crocodile Hunter) asked the same exact question: What the fuck is an echidna? There was an attractive mystery to Knuckles, and because nobody really knew what he was or what an echidna looked like, Sega could do whatever the hell they wanted with his design. For all we knew, echidnas could certainly look snarky, bright red and have two vicious road spikes protruding from each fist. To this day, I still don’t know if an echidna can actually glide, and I’ll tell you what – I don’t want to know. Anything that isn’t exactly like Knuckles would just be a shit in my Cookie Crisp at this point. 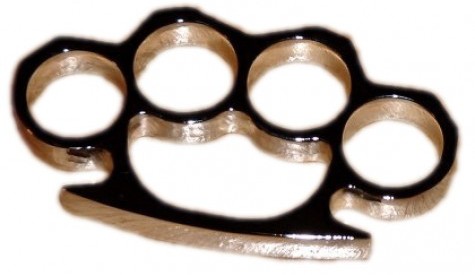 2.  Knuckles was the first of Sonic’s friends with his own weapon

Have you ever met someone wearing a pair of brass knuckles that you weren’t deathly terrified of? If you have, there’s a 73% chance you are missing half of your teeth. Apparently, simple muscle and bone isn’t enough in a fistfight, so the badassest of the badass decided to up the ante with the sweet sting of brass. On the spectrum of scary people, those who fight with brass knuckles fit somewhere between schizophrenic homeless people and members of the mafia. Knuckles wasn’t cool with that level of terror, so he upped the ante into Wolverine territory by adding two vicious spikes to his paradoxically cartoony fists. Sega, having only made whimsical Sonic titles in the past, had no idea how to handle this decision, but Knuckles grabbed executive producer Hayao Nakayama by the throat and got all up in his grill. Nakayama promptly pissed his pants, ran back to the studio and made the appropriate changes. For a while, all Knuckles could do was climb walls, but by the time Sonic Adventure came around, Knuckles was punching enemies left and right. 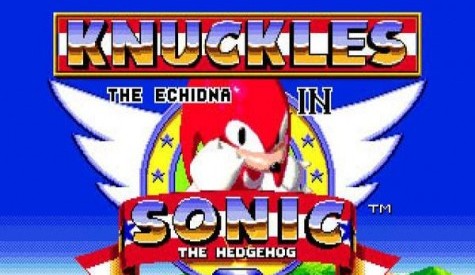 3.  Knuckles went back and made all previous games about him

It’s not every day that you see a developer go back in time and retell an entire series from the point of view of a brand new character.  Knuckles was such an awesome and imposing figure that Sega dare not make him stand in Sonic’s shadow.  Whereas characters like Tails were content to follow their hero around and emulate his every move, Knuckles wasn’t so into the idea of being a second string addition.  To rectify this injustice, the Red Blur took it upon himself to invade all three of Sonic’s previous adventures, one by one making them his bitch.  Knuckles transformed Sonic’s home turf into his very own stomping grounds, climbing to heights Sonic could never have reached and gliding across entire stages in a single bound.  I swear, every time I saw his crimson visage streak across the end of a stage, I could hear him murmur “This is MY house.” 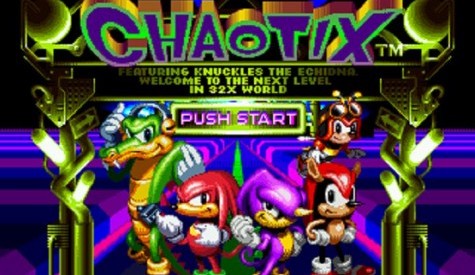 4.  Knuckles had his own game on his own system

Apparently, that still wasn’t enough, as Knuckles then even received his very own title on the 32X.  Even Sonic himself can’t say that (though I’m not really sure he’d want to).  That being said, Knuckles Chaotix represented a much more diplomatic turn for the series.  Whereas games like Sonic 2 had Tails struggling and even repeatedly committing suicide to keep up with the star of the show, Knuckles offered a game that was almost socialist in its equal distribution of wealth.  Every member of Team Chaotix was free to push, pull, and throw each other around to reach the goal.  While this game can be only possibly be described with the word “clusterfuck,” it can’t be denied that Knuckles was more than just a selfish, sarcastic intimidator.  Knuckles had a heart. 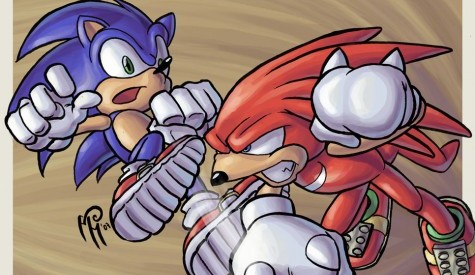 Time and time again, the card-carrying super-villain Dr. Robotnik inevitably manages to convince Knuckles that his mad scientist goggles and footlong mustache belie his true sense of justice and chivalry.  We know that under that forced toothy display that struggles to emulate a grin, Robotnik is lying.  Still, no matter how many times the Master Emerald is pried from his clawed grasp, Knuckles is always ready to drop what he is doing and join Robotnik in his crusade against that damned hedgehog.  Many have claimed that this is because Knuckles is a clumsy, gullible oaf, but I have a different theory. Based on the structure of Chaotix and the way Knuckles chuckles heartily every time he triggers a trap under Sonic’s feet, I’d argue that he has some real issues with Sonic and his incessant showboating.  Sure, it’s obvious that Sonic is usually the one fighting for the greater good, but his smarmily heroic attitude and his abhorrent treatment of Tails just makes it hard to follow his lead.  Sonic’s attitude feels less Captain America and a whole lot more Zapp Brannigan, and I can’t blame anybody for taking the opportunity here and there to smack him around a little bit.  Knuckles understands what Sonic is fighting for, but even Sonic needs to be put in his place now and then.  If Robotnik is so incompetent at making Sonic look like a dope, then Knuckles can come in and fill that void every once in a while.

Knuckles may always keep his crappy reputation. This bad rap is due in large part to the… um… bad… rap found in his sections of Sonic Adventure 2. As evidenced in videos like ego raptor’s Knuckles Chaotix parody, Knuckles is seen as the stereotypical “urban” personality of the Sonic franchise and little else. That’s a shame, as there’s just a lot more to him than that. As the guardian of the Master Emerald, he’s crucial to the upkeep of the Sonic universe.  He has more powers and unique abilities than just about any Sonic friend created before 2005.  He’s the only friend with his own spin-off on his own system. Last but not least, he is red, which is the color of fire, blood, and rage. If you need more, then I can’t help you.

Knuckles will always be my favorite character that Sega has created, and I will never stop in my bizarre and ill-informed quest to get him the love that he truly deserves.