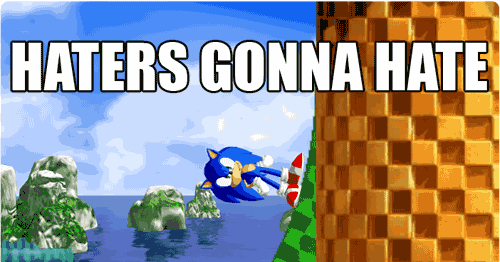 In a recent interview in the official UK Nintendo Magazine, Sonic game director Takashi Iizuka has criticised the tough audience that is the retro Sonic fan base. “Our team are always trying to present new gameplay innovations so it’s hard to please fans who like the gameplay from the older games.”

Later on he went on to say “However, we have included the older gameplay as part of Sonic’s 20th Anniversary, so we think the fans of the older games will enjoy it [Generations] as well. We are also looking into continuing the Sonic 4 series which was released on WiiWare, and we’ll keep developing titles so more fans will enjoy the games.”

Well at the very least he’s trying to please everyone. What do you think? Are you one of these harsh fans? Or do you not even see what he’s getting at there? Let me know in the comments!

"What we were doing at Sega, that was… shovelware" – Mark Cerny